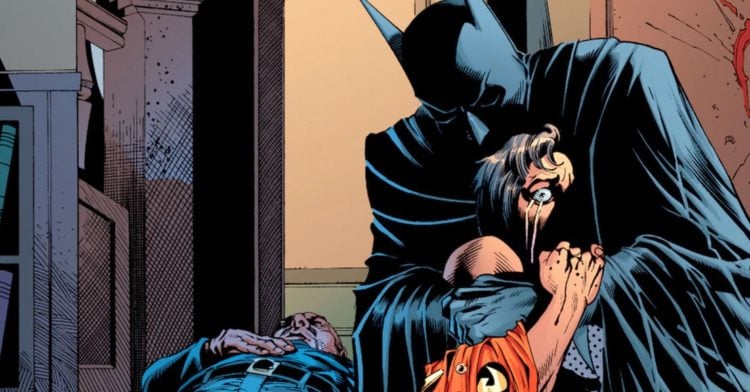 Brad Meltzer is known for two significant accomplishments. He’s a pop culture writer on topics of American politics in the thriller genre but he also made a name for himself for a series he wrote for DC comics 15 years ago. He established himself firmly in the murder mystery category with the series called “Identity Crisis” that shook the foundations of the Justice League. He changed comics with the series a decade and a half ago.

The significance of “Identity Crisis”

Meltzer showed the world how a best selling novel genre can be translated to comics. His contributions with “Identity Crisis” helped to form a foundation that DC comics has based many of its plots upon. He established a legacy by providing DC with the foundations of superhero crossovers which would catch on in the modern era of comic writing. His work was influential and for those of us who know that comics are taken seriously by their fan base, it’s a big deal. Many of the comics we appreciate today take their inspiration from the work of Meltzer.

The beginnings of his career

Brad Meltzer started his career in comics with his take on Green Arrow. This was somewhat happen chance because the previous in the absence of Kevin Smith, the work had to be given to another writer. There was a controversy involved with the number one superhero comic and Smith had raised it to this station. If DC had given it to another comic writer, they would have exited. Instead, Green Arrow was given to a novelist and it just happened to be Meltzer. Kevin was willing to give Brad a shot and this is when he got his start as a comic writer.

The expertise to make it sell

Meltzer knew that it was one thing to write a good story, whether it’s a graphic novel or a comic. He was also aware of the various elements required to make it a top seller. Green Arrow was already there but it needed something more if it would continue. It’s about the cover work and the advertisement. It’s much about getting the message out about how great the work is not only with printed words that encourage and entice, but also with cover art that delivers visual appeal that makes people want to pick it up and start reading. When he worked on Green Arrow comic books weren’t taken as seriously as they are today so the challenge was even greater.

The success of Green Arrow led to a bigger idea

The editor for DC at the time was Bob Shreck. He brought Meltzer in on Green Arrow and realized that they could use his writing style and skills to open up a new world in comics. He was given the chance to create a series and this was “Identity Crisis.” They called in the big guns from Entertainment Weekly and the New York Times to help in publicizing its release. They enticed the journalists with the disclosure that the series would be an event for DC rather than a “monthly comic book.” They had all the major players on board prior to its release. It was released in the same fashion as Meltzer’s novels. Their overall goal was to appeal to a much larger audience, a feat that they were able to accomplish, and it was well-done, with one exception. Spoilers were released in advance that took some of the wind out of their sails, so they decided to keep things a secret and not release too much information in Previews. They realized that releasing the comics a week in advance to retailers opened the door for spoilers.

Brad Meltzer paved the way for a more serious approach to comics that really had a broader appeal. His work stirred the creative genius in the DC execs and they realized that much more could be done within the comics industry. Bringing on a thriller novel writer had been one of the best moves that they could have made. Much of the work that is done now is daring in comparison to early comics. There is more mystery and a lot more realism. They’re more believable and this is a part of their appeal to a larger audience of comic fans.