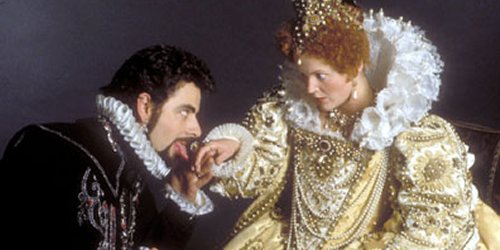 Something about history makes it ripe for satire. We’re expected to take the past so seriously, but who’s to say no one farted during the signing of the Declaration of Independence? Or maybe someone got confused during Waterloo and fired on his own side.

History is a bottomless source of public-domain material for mockery. The Life of Brian made biblical stoning hilarious, and History of the World Part I proved that a sarcastic old Jewish man would have spiced up any moment in time. By the way, we’re still waiting on Part II with “Jews in Space” and “Hitler On Ice,” Mr. Brooks.

But of all the historical comedies, one sets itself apart by not drawing humor from references to modern life. The series instead develops humor from a glib perspective on what really happened before the age of camera news coverage. That show would of course be the epic saga of The Blackadder.

Blackadder, for those not familiar, was a show produced and broadcast by the BBC starring Mr. Bean himself, Rowan Atkinson. Atkinson portrays the power-hungry Prince Edmund Blackadder and his equally Machiavellian descendents in various key eras in history. Specifically, the first season takes place in medieval times around the reign of Richard III, the second season is during Queen Elizabeth I’s rule, the third season is set during the Regency period of Great Britain (the same time as the French Revolution), and the fourth and final season was set during World War I.

In each season, the writers borrow plots from historical events. Blackadder always maintains a sardonic, witty composure despite some of the worst moments of history happening directly to him. For example, he gets captured by the Spanish Inquisition, and has a game of charades with his inquisitor to try to decipher the method of his impending torture. 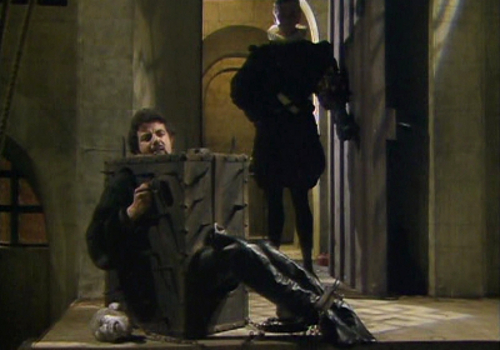 The show makes history less idealized by depicting it accurately, which means lots of backstabbing and power struggles. Blackadder uses his cunning to dupe superiors into granting him more power. Whether it’s by convincing Queen Elizabeth to marry him or trying to murder his family so he can succeed them to the throne, Blackadder is seeks to move up in social stature through any means necessary. By showing the sordid underbelly of historical politics, the series educates its audience more than most textbooks could.

This isn’t to say that show is without rampant inaccuracies. Most of these are played up for humor, but the farcical plots often serve to make a point. In the third season, the Whig Prime Minister looks like he’s sixteen years old, and acts like a spoiled schoolchild. Blackadder schemes to usurp his power by getting a puppet politician elected. He does this through use of a “rotten” or “pocket borough,” a common political abuse during the Regency where rich backers would nominate people under their control to represent an absurdly tiny “borough,” where the electorate was small and easily controlled.

The absurdly exaggerated youth of the PM makes the point that the Whigs were seen as a less cultured and mature political party, and that corruption took many forms in early Parliament. The use of “pocket boroughs” shows how a cunning man like Blackadder could manipulate the system.

In the same season, Blackadder is servant to Prince Regent George, played by Hugh Laurie in a stunningly convincing British accent. George is a foppish, irresponsible playboy who’s idea of courting a woman is “WOOF!” Blackadder tries his best to steer George towards lucrative or beneficial political activities, but often George just ends up blowing a lot of cash. The fact that the acting ruler of England in real life at the time was a moronic aristocrat who was bankrupting the kingdom makes it clear why public opinion of the monarchy was at an all time low during the period. Plus, it’s the only show where you get to hear Hugh Laurie bellow “Sausage time!” while below a young woman’s balcony.

The most important history lesson the show has to offer is during the final season. In this one, Atkinson plays Captain Blackadder, a commanding officer stuck in the trenches days before a big offensive. Blackadder tries time and again to come up with a means of escaping the front lines, but always gets foiled by the incompetence of his subordinates and superiors. Getting away from “The Big Push” looms over every episode. Blackadder’s Commanding Officer, General Melchett (Steven Fry) seems to think that charging out of the trenches into heavily-armed no man’s land is a recipe for success rather than a method of turning his entire regiment into Swiss cheese.

This season shows the disparity between the enlisted men and the upper brass. General Melchett’s headquarters are a stately mansion, miles away from the front lines. Blackadder’s trench is a squalid mudhole with no supplies and a disturbing menu manufactured from available filth by Private Baldrick.

Melchett is clearly as well-groomed as he is unfit for command. He often concerns himself with “boosting morale” of the troops by putting on USO shows and Chaplain films instead of rethinking his plan to have them massacred. Many jokes are leveled at the mediocre gains each offensive has, at one point showing a 1:1 scale model of a mound of dirt that only cost thousands of lives to gain.

While Melchett’s obliviousness to his troops’ suffering leaves lots of room for laughs, it also communicates the injustice of one of history’s bloodiest periods. Many of the ranking officers in the British Army at the time were from rich families and with plenty of connections in political and financial circles. Military HQ’s could often double as social clubs, where the elite could dine on the spoils of war while their men died on the front lines. General Melchett treats the war like a game of rugby at his alma mater Cambridge rather than a global conflict. He throws away troops because of his complete inability to strategize. 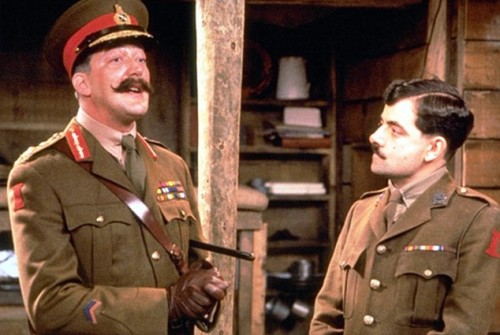 Field Marshall Haig, the real historical commander of the British Expeditionary Force (the British land army), wasn’t of cozy birth, he did have ample use of family money to rise through the ranks of the British military. To this day, people criticize his inability to adapt to trench warfare, and they cite repeated decisions to send his troops “over the top” as akin to a cold-hearted butcher of British lives.

“The Big Push” that casts a shadow on the entire last season was a reference to the Battle of Somme, one of the bloodiest battles in all history. Just like in the show, the high commander of Britain’s land force rallied his troops over the tops of their trenches in an all-out offensive against the also entrenched and heavily-defended German front. The total cost on both sides was over a million soldiers dead. The result was that the British front was pushed 16 miles closer to Germany all along the River Somme.

Through the show’s use of humor, Black Adder communicates subtle points such as these while still making us laugh. The dark, satirical edge pulls back the veil of romanticized history. While the characters and stories may be fictional, the presentation of situations like church corruption or social inequity are communicated crystal-clear to modern audiences. Because of Blackadder‘s ability to reveal the give-and-take of upper-class politics through dark irony, it deserves a place alongside any historical textbook as a tool for gaining perspective on the past. 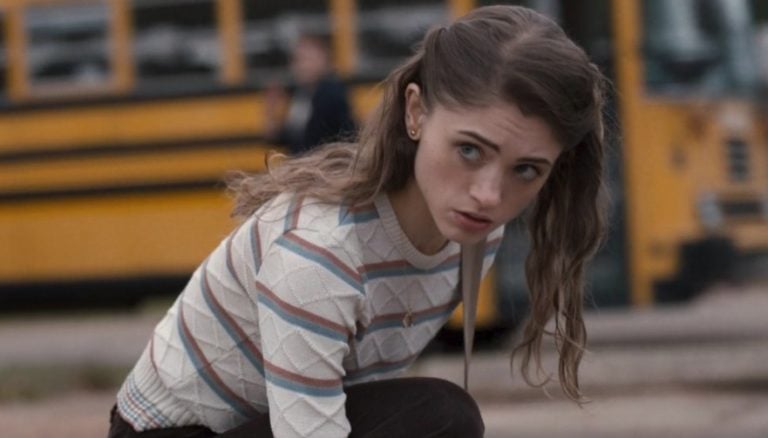