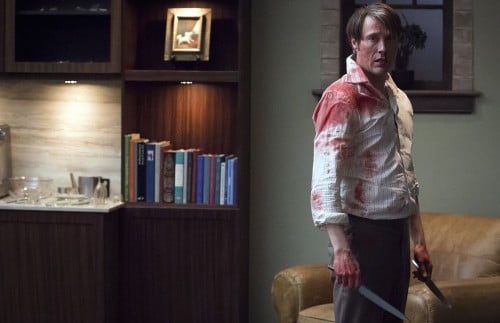 Hannibal’s theme this week was forgiveness, which I can only assume is a pre-emptive strike from Bryan Fuller against fans who will have trouble ever trusting this guy with their hearts again. Good grief; that was a hell of a way to close out the season.

As Bella and Hannibal discuss in one of the early conversations in “Mizumono,” endings grant meaning to all that came before them.* On that note, thank heaven this show got renewed. Can you imagine if that was the last we saw of this universe? Since the show gladly DID get renewed, however, we can comfortably talk about how massive it season finale wound up being.

Which, was pretty effing massive. Obviously, we finally return to the kitchen brawl that kicked us off thirteen weeks ago, but there’s so much other stuff going on in this episode it isn’t even funny. It’s really, really NOT funny, come to think of it. Hannibal’s iconic slow-burn style pays off as “Mizumono” comes out so hot it practically burns the show to the ground.

“Here’s to the truth… and all its consequences.” 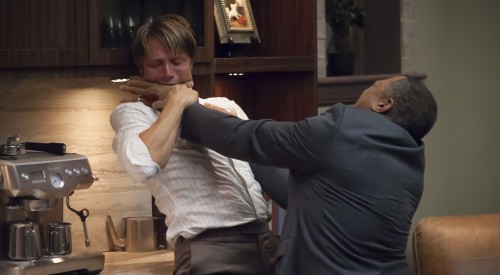 The sense of dread settled in early, with Jack and Hannibal offering twin pleas for Will’s loyalty in the upcoming conflict. Brian Reitzell’s typically excellent score/sound design backs the first half or so of the episode with a persistent ticking clock . There’s no turning back now; only the march towards the inevitable. The “punctuation,” as Bella or Hannibal might say.

Everyone comes back. Freddie Lounds and Kade Prurnell appear early, and Prurnell probably causes more problems per second of screentime than anybody else in this episode (save the title character, obviously). The “turn in your gun and your badge” trope usually plays as a little tired, but this show earns through how far our main characters have trespassed the bounds of good taste in their pursuit of Hannibal Lecter.

Alana Bloom also manages to make a big impact in the finale, despite having been edged offscreen by the two leads for many of the past weeks. That creepy nightmare sequence kinda says it all; her final stand in Hannibal’s house is the mark of an innocent bystander who’s been consumed by the darkness inside these men. Speaking of which… 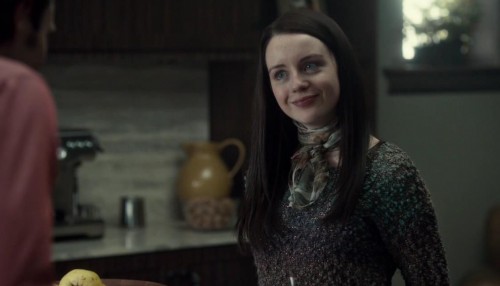 Abigail Hobbs! While some predicted this twist (after Beverly Katz’s shocked reaction in Hannibal’s basement), it hit hard regardless. I revisited her last episode from Season 1 the other day, and it’s really remarkable how twisted and tragic her story is in its totality.** Poor girl. Hannibal sending her out the same way her father almost did is a particularly gruesome grace note to the whole thing.

Hannibal, by the way, proves to be an even more cunning bastard than we might have predicted. It’s a tribute to his resourcefulness that he’s stayed free from permanent consequences until now. After all, Will’s had it out for him for something like fourteen episodes now, and that’s with a fridge that’s well-stocked with unfortunate remains. Dr. Lecter’s habits simply refuse to be usurped by something as frivolous as an FBI consultant knowing almost everything he’s been up to. 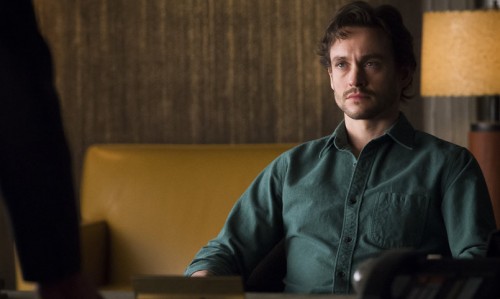 As soon as Hannibal busts Will for his true intentions, stuff hits the proverbial fan. “Mizumono” makes it startlingly clear: Dr. Lecter, freed from consequences of law and morality, has the capacity act instantly and drastically. We’ve known this guy was dangerous for a long time, but this episode shifts him into true supervillain status.

The final showdown in Hannibal’s house is absolutely crazy. It just keeps going and going; you quickly realize that nobody’s safe, but the realization doesn’t dull the shock as one character after another gets carved up by the cannibal’s knives. Their blood mixes as Dr. Lecter walks, nearly unharmed, into the rain. His violence is indiscriminate; no matter their reasons for being there, the characters’ fates are virtually the same. This, ladies and gentlemen, is Hannibal.

Bizarrely, and almost touchingly, the final conversation Will and Hannibal share may also be their most emotional. Hannibal seems to really feel Will’s betrayal; he exhibits an anger and sadness that’s genuinely shocking for the character. And with that, let’s take a moment to verbally reiterate just how brilliant Mads Mikkelsen and Hugh Dancy have been in this show. These are two of TV’s best performances in two of its most demanding roles, and their sick bromance is easily one of the most fascinating things I’ve had the pleasure of watching over the past two years. 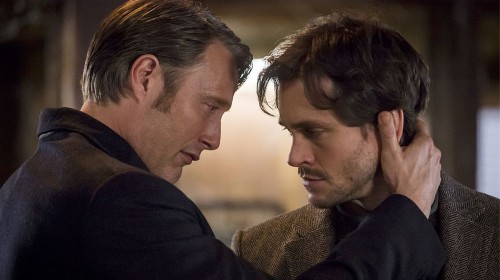 So… how many of these people are dead? There was a LOT of blood staining Dr. Lecter’s floorboards as the credits began to roll. But… surely they wouldn’t kill off everybody. Right? They haven’t even gotten to the books yet, and Will’s pretty central there. As is Jack, I believe.

Then again, this show is insane. There’s always the chance that “Mizumono” was Fuller’s “Red Wedding” and we’ll simply have a whole new thing going next year.

**Also of note: How well they kept her name in the air this year, despite her presumed death.

Let’s get something straight.  We here are Unreality love Michael Caine.   I personally think he’s an incredible actor and hope that he never retires. But Caine, like any other actor has to pay the bills. …

I really don’t get Nickelodeon. Sure, I used to watch it on purpose when I was a kid and Ren and Stimpy seemed like the funniest thing ever just because there had never been anything…

(WARNING: This article will contain modest spoilers pertaining to the first four aired episodes of Orphan Black, so consider yourself duly warned.) One of the problems that frequently plagues sci-fi and/or fantasy programs is what…

Impressionist extraordinaire Steve Love is back with a fresh batch of Game of Thrones impressions, mostly inspired by season four. We’ve seen a few of these videos from his so far, but this is the…

httpv://www.youtube.com/watch?v=1kdmpztSHV8 Two of the best achievements of popular culture this year have been the triumph of Bond’s best film in a long while, Skyfall, and the transformation of The Walking Dead into an actual good…