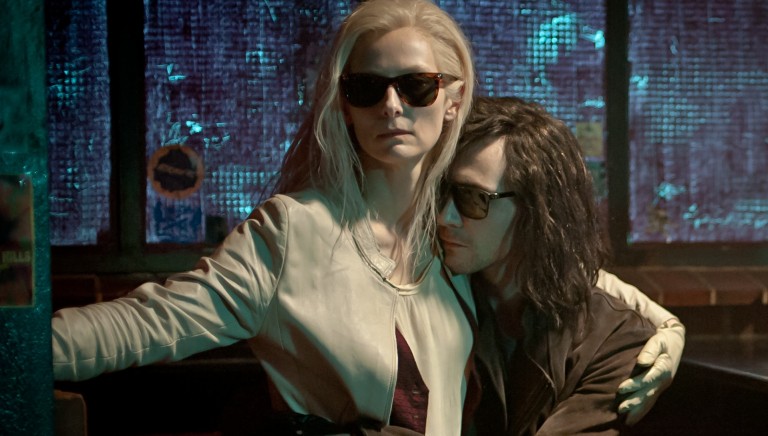 Well, the Oscars are out and the controversies are staked. Some movies got too many nods; others, too few. High-profile projects like Selma are raising eyebrows with a paltry one or two nominations.

But what about the great movies that didn’t get nominated for anything? 2014 was the birthplace of a fairly staggering number of sensational independent movies whose niche appeal resulted in having to watch the Oscar race from the sidelines. Even if a movie like Selma (or Nightcrawler) missed out on a nomination, at least they got something.

All these movies are getting, though, is a writeup by… y’know, me. 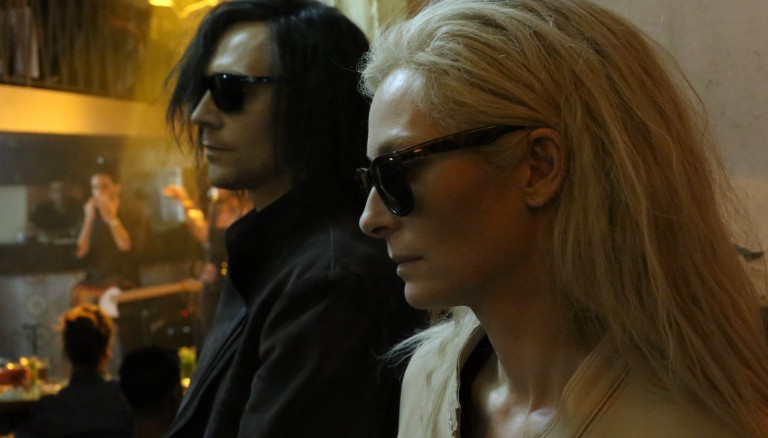 I haven’t seen as much Jim Jarmusch as I would like, but I knew enough about him to be slightly surprised when news broke of his impending vampire flick. How would he take his signature low-budget, dialogue-driven style and apply it to the lore of folks like Bram Stoker and Anne Rice? “Successfully,” is the answer.

Lovers eschews the typical horror elements of the mythos, though. Instead, it simply peeks at what vampires would do to pass the centuries they’re living through. These two, Adam and Eve (…yeah), have devoted their slow drift through the ages to the indiscriminate consumption of the best achievements mankind has to offer in literature, music and the arts.

Most of us, the movie seems to suggest, only skim the surface of what life has to offer. Jarmusch takes a look at people who can afford not to. Immortality has allowed these vampires to read and listen to virtually everything. Tom Hiddleston and Tilda Swinton, needless to say, are fantastic as the two leads. He’s a musician; she’s more of a poet.

Watch the movie to hang out with these two. They make interesting conversation and play some fantastic music… which kinda makes Only Lovers Left Alive sound like the ultimate hipster movie. It is in a sense, but more than that it’s a tribute to the sheer impossibility of ever seeing everything you wanted to see in life. Fro some of you, it’ll be a strong motivation to get out there and take it all in. Just a suggestion: This movie’s as good a place to start as any.

A Most Wanted Man 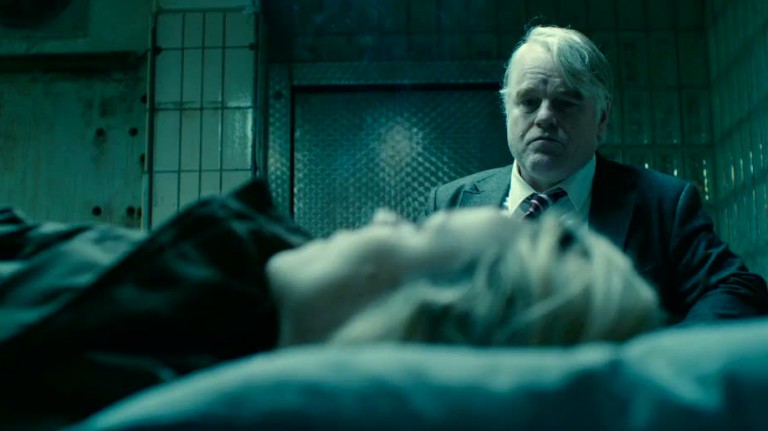 John le Carre adaptations seem to go well most of the time. In particular, 2011’s Gary Oldman-starring Tinker Tailor Soldier Spy still stands as one of the best movies from the current decade. A Most Wanted Man isn’t necessarily playing at that transcendent level, but it’s still a damn fine modern spy flick that doesn’t rely on the more sensational (or simply dumb) tropes that usually brings. There’s not a superhuman shootout to be found.

In place of outrageous action, we have a sad, compelling tale of a Chechan Muslim hiding out in the dark corners of Hamburg. Everybody’s interested in this guy, from the lawyer who wants to help him to the spies who want to track him down. In true le Carre fashion, everything feels downtrodden and complex. There’s plenty of fodder here for an intelligent political conversation, but this isn’t a movie interested in offering easy answers — or really even easy questions.

Anton Corbijn directed the thing, so if you’re familiar with his previous great movie The American you’ll have some idea of what to expect. The dude knows how to slowly turn the screw. The two single best elements of A Most Wanted Man are Philip Seymour Hoffman’s performance, which sadly confirms that we lost him at the absolute peak of his powers, and a gut-punch finale that ends in a flash but resonates long after the credits roll. 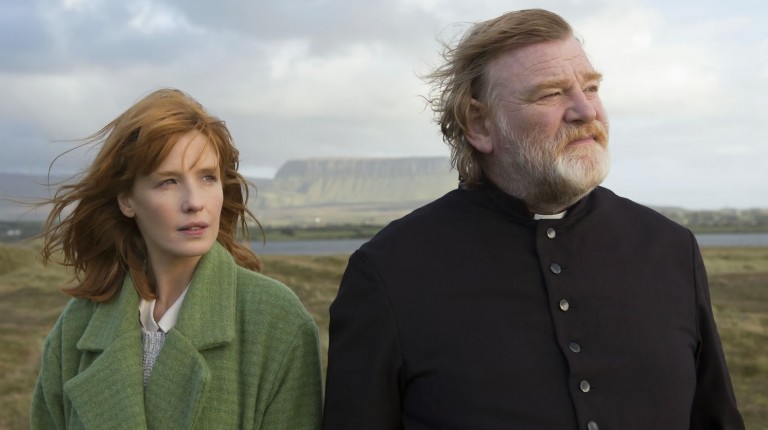 For whatever reason, 2014 had an above-average number of movies grappling with issues of faith. Some were predictably bad, others were surprisingly good, but one of the absolute strongest was the small Irish movie Calvary. In it, Brendan Gleeson aces the role of Father James, a priest who is informed that one of his flock will murder him in one week’s time.

A fella named John Michael McDonagh served as writer/director. You most likely don’t know him, but some of you will remember his brother Martin, the genius behind In Bruges and Seven Psychopaths. Truthfully, John Michael might not be operating at quite the level of his brother, but the family ties are blatant. Like In Bruges, Calvary wrestles seriously with issues of guilt and sin, but regularly punctuates the dreariness with a pitch-black sense of humor.

Brendan Gleeson is great, but not alone. A strong supporting cast has his back, featuring great character actors like Kelly Reilly, Aiden Gillan and Chris O’Dowd as the various town citizens who mostly just make the worst week ever even harder. And I know I just praised the ending of A Most Wanted Man, but Calvary’s final scene might actually be the best ending of any movie this year. 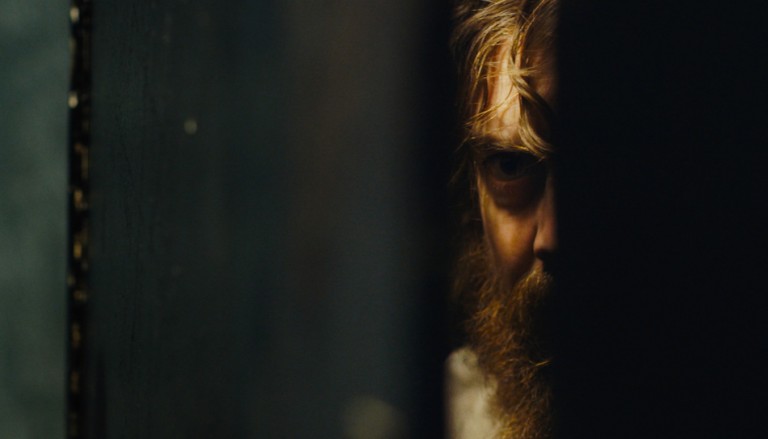 This movie doesn’t waste any time. We meet Dwight, a vagabond living out of a beat up POS sedan. After a brief period of wondering what happened to him, a man convicted of double murder is let out of prison on a plea bargain. Upon hearing this, Dwight snaps out of his aimless existence and heads off as an assassin bent on revenge.

What follows is simply one of the most intense movies I’ve seen in years. Blue Ruin ups the ante about every ten minutes; the movie you thought it was subtly morphing into something more dramatic, more complex. It’s a physically demanding movie to watch, too, if you’re like me and prone to tensing every muscle in your body when something is suspenseful enough.

Not that it’s just a thriller, mind. There’s a restless brain and a beating heart humming underneath the grim surface. First and foremost, however, Blue Ruin is a hell of a ride. If there’s any movie off this list you make a point to track down, it should probably be this one.

What about you? What’s your favorite movie to get completely shut out of the Academy Awards?

Back in 1977, Star Wars provided some of the most amazing visual effects anyone had ever seen in a movie.  The effects still hold up rather well today, including the cool, glowing look of…

I have a scar on my wrist. It is like a thin red vein that sits on top of my skin to remind me of a terrible choice I made once, a long time ago….

The apocalypse is old news at this point. It seems like there’s a new movie about the end of the world every week, or if not, we’re almost certainly watching a post-apocalyptic shows or playing…

David Cronenberg has actually been on the cultural radar a decent amount this past month, what with releasing his new film Cosmopolis or saying that Batman is stupid because he wears a cape. Unfortunately, both…