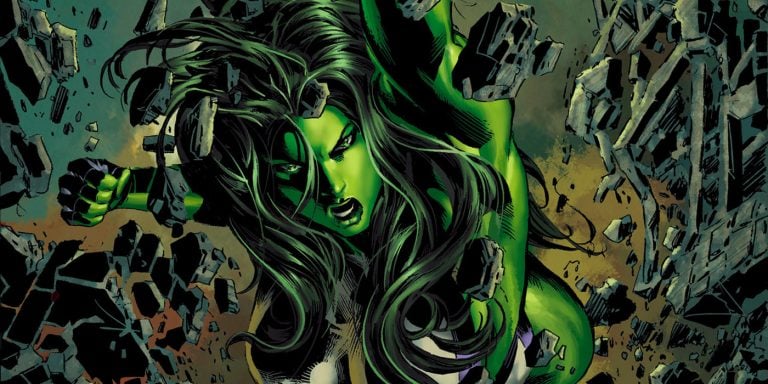 Here are 5 examples of comics that could be made into great TV shows: 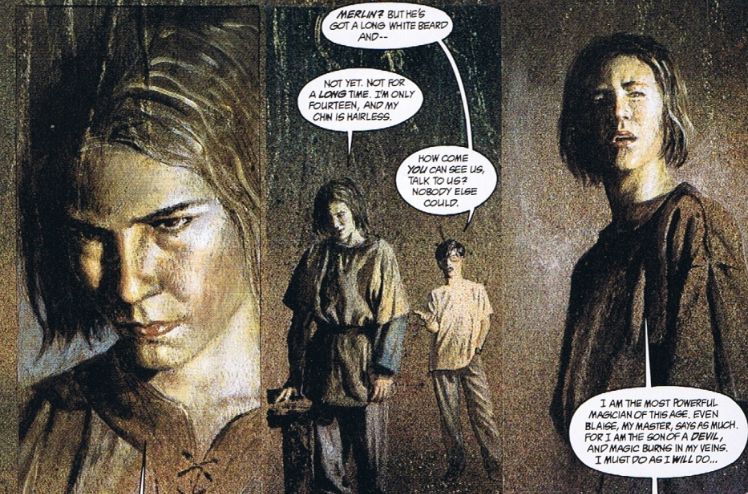 Comics-wise, Neil Gaiman is best-known for writing the Sandman series, which remains not just one of the most acclaimed but also one of the most successful comic book series published by the DC Comics imprint Vertigo. However, it is important to remember that Gaiman has been involved in other comic book series as well, with The Books of Magic being a prime example. In brief, the comic book series was born when DC Comics chose to highlight some of their more magical characters, which prompted Gaiman to come up with a 12-year-old boy named Timothy Hunter, who would be given a tour of the magical side of the DC Comics setting before making the life-changing choice of either embracing or rejecting his destiny as the greatest magician in the world. While shooting a series based on The Books of Magic would be nothing less than a nightmare because of the technological capabilities needed to represent its more fantastical elements in a faithful manner, the broad appeal of its time-honored narrative has the potential to become a fascinating exploration of a less seen side of the DC Comics setting, which in turn, could serve as a springboard for more comic book series to make the transition to the TV screen. 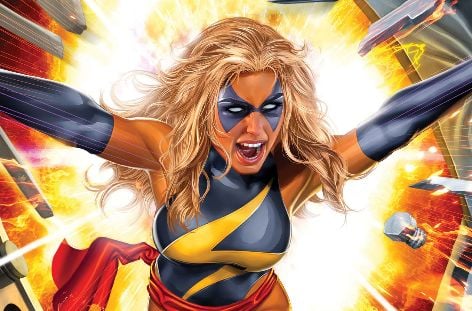 Ms. Marvel is a name that has been used to refer to more than one character over the course of the Marvel Universe, with examples ranging from Carol Danvers to Sharon Ventura. However, a good argument can be made that the one who is best-suited for making the transition to the TV screen is the current Ms. Marvel, Kamala Khan, a Pakistani-American teenager who assumed the code name from her idol, Carol Danvers, upon learning that she had superpowers. In part, a Ms. Marvel TV show would be interesting because it would be a chance to explore the Muslim-American diaspora from an insider rather than an outsider’s view. However, it should also be noted that Ms. Marvel has managed to accumulate a fair amount of positive attention from not just the press but also readers in recent times, which could translate into the boost that it needs to stand on its own.

By now, most people are aware of the Incredible Hulk. However, far fewer people are aware of Bruce Banners’s cousin, Jennifer Walters, who managed to acquire a less severe version of his condition through a blood transfusion. The result is an alternate form that happens to be bigger and stronger but still capable of retaining emotional self-control to an extent that the Incredible Hulk often cannot, thus preventing the same stories being regurgitated while opening up new possibilities at the same time. After all, Walters often considers her alternate form to be preferable to her natural form, not so much because of her alternate appearance but because of how it makes her feel more confident and more in control, which is a striking contrast to the character that inspired her. Better still, She-Hulk is a lawyer by profession, meaning that a She-Hulk TV show could blend superhero shenanigans with legal court battles into an exciting combination with nothing else like it in the world. 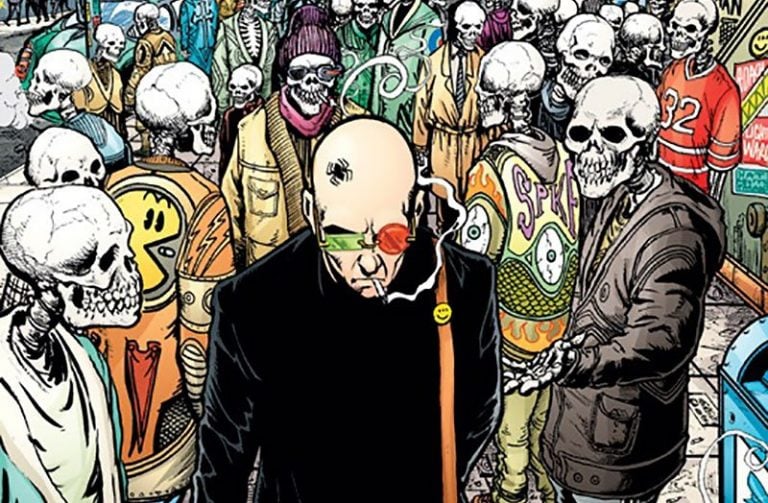 Hunter S. Thompson died in 2005, but his influence can still be felt throughout American culture. For example, the protagonist of Transmetropolitan, Spider Jerusalem, is a homage to the gonzo journalist who lives in a dystopian future where he struggles to combat the corruption of the powerful via gonzo journalism while downing copious amounts of alcohol and other drugs. All done while struggling with the fame that his journalistic success has brought him over the course of the comic book series. Given the success of recent shows such as Breaking Bad and Game of Thrones, it seems likelier than ever that Transmetropolitan could make it onto TV screens in an authentic form, while its themes resonate with the people of the present as much as it resonated with the people of the past when the comic book series was first been published.

The Wicked + The Divine 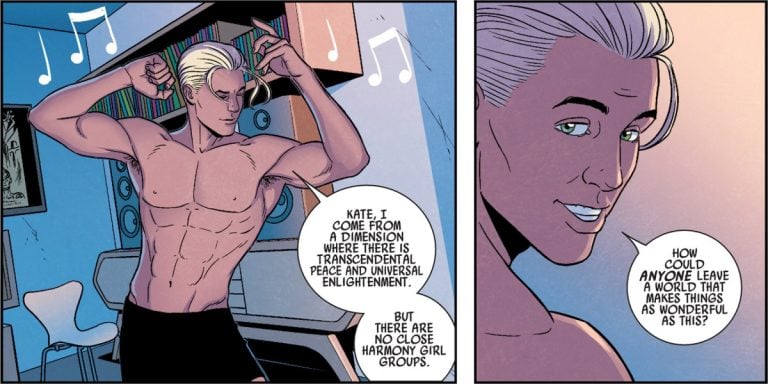 The Wicked + The Divine takes place in a setting in which a small group of people receive superpowers by merging with the spirits of gods and goddesses. Said individuals have no choice in the matter, which is rather unfortunate because as soon as they reincarnate, they have a limited span of time in which to live their newly empowered lives. Unsurprisingly, these people have a huge following within the setting, with the result that they resemble nothing so much as pop stars, which were a major source of inspiration for the series. Considering the exaggerated personalities of gods and goddesses in many pantheons, it should come as no surprise to learn that the comic book series is packed with superhuman drama, which should make excellent material for the TV screen. Better still, since The Wicked + The Divine’s basic premise means that the gods and goddesses reincarnate again and again, there is no need to stay within either the narrative or even the time period of the original series, meaning that someone who chose to adapt the comic book series would have a great deal of leeway when it comes to their adaptational choices.

An excellent satire of the current human society, and executed with such subtlety and passion to the point where it makes one truly wonder about the serious issues that plague our minds on a daily…

Let me see if I can get the origin story of this art series straight. Brandon Bird found an old X-Men comic full of pretty horrible and ridiculous pictures, and then asked his artist friends…

So clever. Why wait and see if these movies will be good when we can just say DC sucks after one movie. Perfect sense. Thanks JHall Comics!

Behold, a new art concept that imagines what it might have been like had Batman and his villains existed in 1459. It took me a minute, and without prompting from the “Gotham” I might not…

“Well, excuse me, Princess! Sorry I made that ring shines brighter than any other trinket in all of Hyrule.” source: deviantART 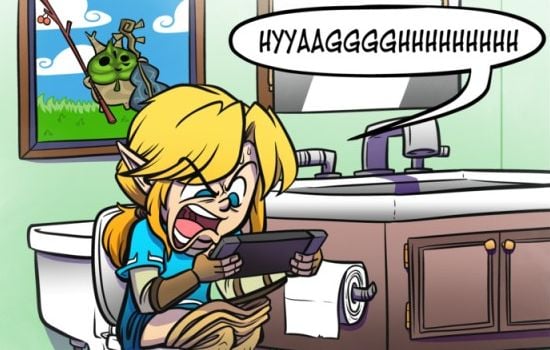 Did you know that because of Nintendo Switch you can do console gaming while you’re in the crapper?  That’s right!  I just wanted to remind you all of that.  Only there’s another catch:  “The Legend…