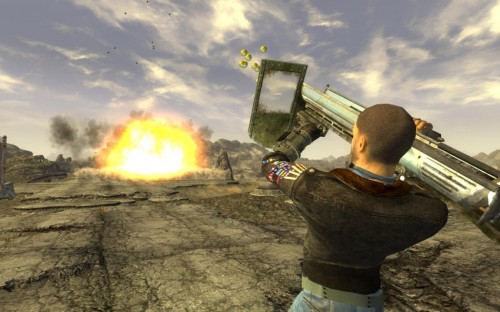 If you’ve played video games for practically your entire life as I have, you’ve probably developed a few bad habits over the years. Recently, as my time to game grows shorter and my OCD gets less severe, I’ve tried to break a few of them, and have had some degree of success.

After twenty years there are “bad” things I’ve done while playing games that I finally, finally no longer do. I talk about what I mean by that below, along with discussing the game that inspired the change in my behavior. Just read on, you’ll see what I mean and probably can relate to a few.

When I Stopped Doing It: The Last of Us 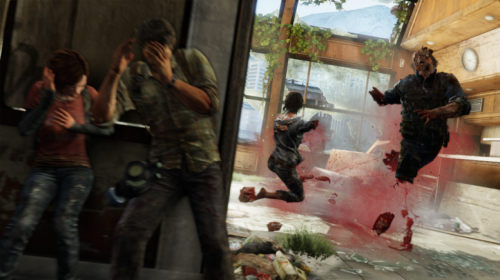 We’ve all done this in every game. We’re gifted with some rare potion, perishable weapon or otherwise godly item that we’re only going to get a handful of times before the credits roll. From then on out, each encounter never seems like quite the right time to use it. The best offhand example I can think of are the mininukes of Fallout. Ammo is understandably rare (even in post-apocalyptic America there are only so many nukes just lying around), yet somehow by the end of the game, I was overflowing with them, as I’d never even fired the gun.

But now, no more. After 20 years I’m now realizing that half the fun of these games is using the most powerful items you can, and if you don’t, you’re dampening your own experience. Recently, The Last of Us shook me out of this habit as that game is all about staying alive no matter what. It’s not “eh, I won’t use this one hit kill weapon on this guy in case I need it for someone tougher later.” It’s “OH GOD OH GOD OH GOD DON’T EAT ME *SMASH* *SMASH* *SMASH*” Games are infinitely more fun when you’re not stockpiling the best items only to simply stare at your lovely collection of them when the game’s over.

When I Stopped Doing It: Deus Ex: Human Revolution 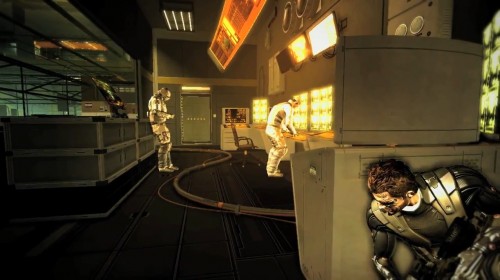 As you might guess, many of these have to do with my OCD when it comes to playing games, as I can be something of a perfectionist. It took me probably thirty hours to work my way through Deus Ex: Human Revolution at a snail’s pace in order to get the in-game bonuses that come from clearing areas not only without setting off alarms, but not even being seen at all.

There’s something gratifying about completing a level or area like this, but I wasn’t sure if it outweighed the dozen or so times I had to restart each area before I memorized the patrol paths of all the guards and the layout of every room. And the load screens alone from reloading saves probably added another five hours onto the game by the time I was done.

Just to see how different the game would be, after I beat it I went back and did a “guns blazing” playthrough where I threw caution to the wind, upgraded my armor like a mother****er and cleared out every room with the subtlety of a shark wielding a chainsaw driving a tank.

And you know what? It was really goddamn fun.

My time is too limited now to spend hours replaying the same sections over and over again just so I can be a quiet little mouse assassin. Now, when given the option between stealth and open combat, I’ll try stealth for as long as I’m able, but if that guard hits the alarm bell, I’m not reaching for the restart button, I’m going into chainsaw shark mode and blasting and hacking my way out of danger. If I live, chances are it was pretty fun, if I die, maybe I try a little harder next time to tread quietly.

3. Second Guessing All My Choices

When I Stopped Doing It: Mass Effect 3 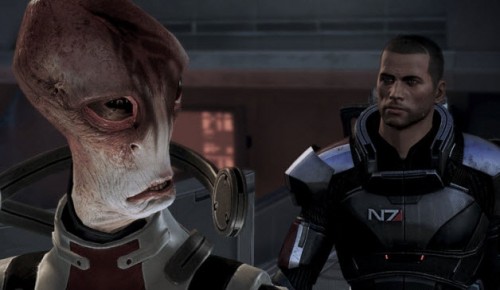 This is a relatively new issue with games, as “stories” in video games haven’t really existed for 20 years. At least stories that can’t be summed up in two words or less (Princess kidnapped! Aliens invade!, etc). Rather, it’s a new phenomenon for games to force us to make hard choices during gameplay, something Bioware has made popular when they started making all their games the equivalent of choose your own adventure books.

I was first introduced to this concept in the original Mass Effect when I was asked to sacrifice one solider, Ashley, or the other, Kaiden. Naturally, I saved the girl I wanted to bang, but I immediately felt a horrible sense of regret. Was that the right choice? I reloaded, saved Kaiden, then decided yes, it was the right choice, so I reloaded, and saved Ashley again.

Instead of doing this with every choice the game threw at you, I then created a bizarro world version of my main character. Ethan Shepard was a amiable hero who always looked out for his friends and the general safety of the public. But then I spawned Sophia Shepard, a bitchy anti-hero who tried to inflict as much death and destruction as she could while still saving the day. Her character existed to make all the opposite choices as my main character, just so I could know that what I was doing was really “right.”

Sofia murdered her way through two games, but by the third, I was tired of her story. I realized that there was a REASON I was making all the initial decisions with Ethan Shepard, they were the decisions I wanted to make. What was the point in playing a character I hated, just so I could “see what would happen” if I did the other thing? I realized I didn’t want to do a full Mass Effect 3 playthrough killing my own crewmembers and pissing off the galaxy. Ethan Shepard was me, his decisions were mine, and I stopped questioning my judgment. He got to finish his story, Sophia didn’t.

4. Doing Every Damn Side Quest

When I Stopped Doing It: Skyrim 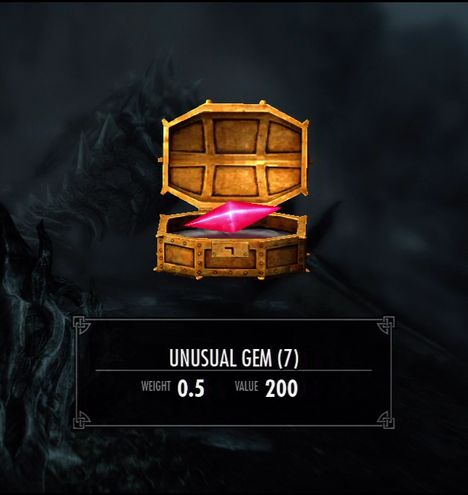 This is another OCD thing that has been with me for as long as I can remember. In any game where you’re given a central mission and a myriad of side-quests, I would always pause the main plotline for as long as it would take to do EVERY POSSIBLE OTHER THING I COULD DO before being forced back into the main story.

In some games, like say, Saints Row 3, this actually meant that I spent WAY more time doing side missions than I ever did working toward completing the main storyline. After I’d done dozens of helicopter assaults, streaking missions, assassinations and car thefts, I completely forgot what the hell the game was even about at that point.

I have to credit Skyrim with breaking me of this habit once and for all. It was simply too. Damn. Big. There were at least a thousand points of interest on the map, all of which you’d have to visit at some point or another for a quest, exploration points or just general curiosity. The game became so overloaded with sidequests that it began to collapse under its own weight. My quest list weighed more than anything else in my sack, and even after doing hundreds of them, there was still no end. I called it a day, killed the big dragon and left the rest of Skyrim for some other adventurerer to explore. I know I’m the legendary Dragonborn, but do I really have to singlehandedly solve every ancient and modern problem across the realm? You ask too much, people.

5. Thinking I’ll Be The Best

When I Stopped Doing It: Modern Warfare 3 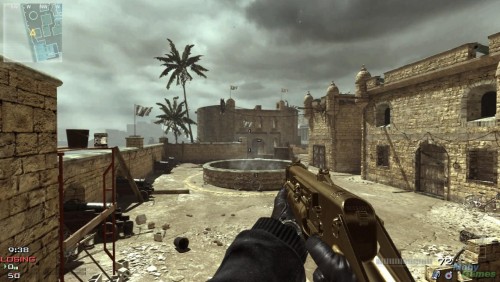 This all started with a simple phrase that guided me through most of my childhood.

“I want to be the very best, like no one ever was!”

If you don’t know the reference, get off my site right now.

Back in the early days of Pokemon, it was easy to be “the best.” Well, not easy, but achievable, at the very least. Eventually you would indeed collect all 150 Pokemon, and beat the game, but now, it’s different. You could say that achievement hunting is sort of the same thing, but some achievements are made stupidly hard to weed out the casual hunters from the no-sleep die-hards.

But what I’m really talking about is skill. You were the “best” at something if you could beat your friends. Growing up, I was the best of my group of friends at Smash Bros. 64, bar none. One of my friends could out DDR the rest of us. Another would never lose a 4-player round of Halo on Hang ‘Em High. But if you beat them, then YOU were the best.

The internet and worldwide multiplayer gaming has changed all that. If I tried to play Smash Bros, even the 64 version, online against the entire population of the world, even with a moderate amount of skill, I would get my ass handed to me. The illusion that you can be the best has long been shattered.

So I tried to do the next best thing in games that were entirely based around online multiplayer like the Call of Duty series. If I wasn’t going to be the best, well then I was going to grind my ass off to at least LOOK like I was the best. I’m gonna reach max prestige! I’m gonna get all the gold guns and most fearsome looking emblems!

But slowly, over time, the idea this was even remotely possible faded. In Modern Warfare 2 I hit 8th prestige. In Black Ops, 5th. In Modern Warfare 3, 3rd and at that point I just gave up. By the time Black Ops 2 was out, I didn’t even reach first prestige, and didn’t max out a single gun.

This idea is what’s driven me away from multiplayer gaming generally speaking. I much prefer games with stories that I  can experience by myself. Logging on to Halo 4 or Blops 2 and getting my ass kicked up and down the level for ten minute intervals just isn’t fun. Sure, practice makes perfect, but again, I don’t have time to “train” to be good at video games anymore. I am not a high school kid who comes home from school at 3PM everyday to play Call of Duty all night every night.

So for the most part, I’ve moved on from thinking I can be the best at something, and just try to enjoy the game I’m playing in the moment. And most of the time, that means I’m playing it alone. 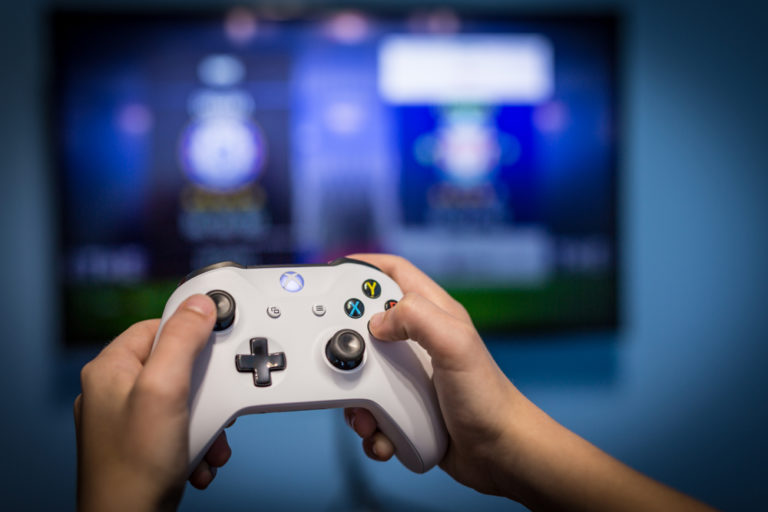 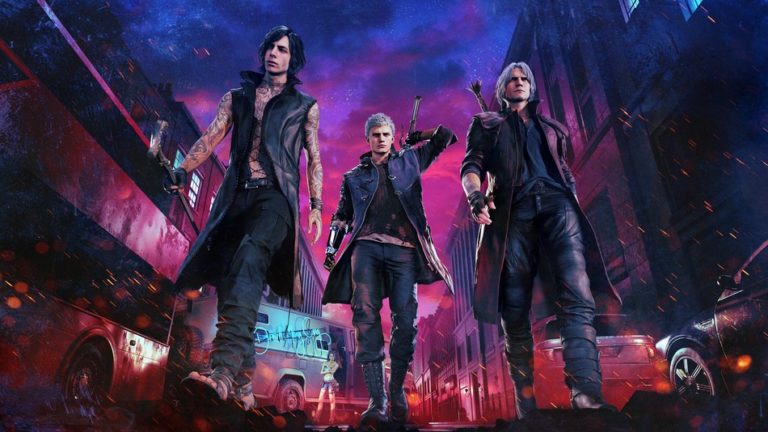