It’s rather ironic to me that the game with probably the single best character creator out there right now is for a game where you don’t even SEE your character 99.9% of the time. And no, this isn’t just like putting a helmet on your Dovahkiin so you don’t see their perfectly crafted features once in the entire game. Rather, EVE Online takes place almost entirely in spaceships, with your actual pilot never once seen.

But that hasn’t stopped the game from making what is most definitely the best character creator I’ve ever seen. The sheer amount of detail and variety is amazing, and though I think the final design of the demo above is rather ugly (whyyyy would you make her nose that long?), I imagine there are infinite possibilities to make gorgeous characters in the game. Every single aspect of the face and body and wardrobe is customizable, right down to individual muscle groups. I don’t play EVE, but I’d almost buy it just to play around with this creator.

Someone was finally brave enough to dance around copyright laws to produce this buyable Snorlax pillow. I’ve seen these before, but never one actually available for purchase. This one is $150, and can be found here….

One of the quote “gayest” things I’ve ever said is when I remarked that it must be pretty fun to be a girl because they get to wear a lot of different, colorful pieces of…

httpv://www.youtube.com/watch?v=gtAbmHvJlHg Before I did this for a living, a big part of my internet surfing youth was made up of spending endless hours watching XiaoXiao stick figure fights. There was something hypnotizing about the animation,…

I know, I know. They’ve been making video game movies for decades now, and still we have yet to find any we can actually call “good.” Yes, it can be argued that films like Resident… 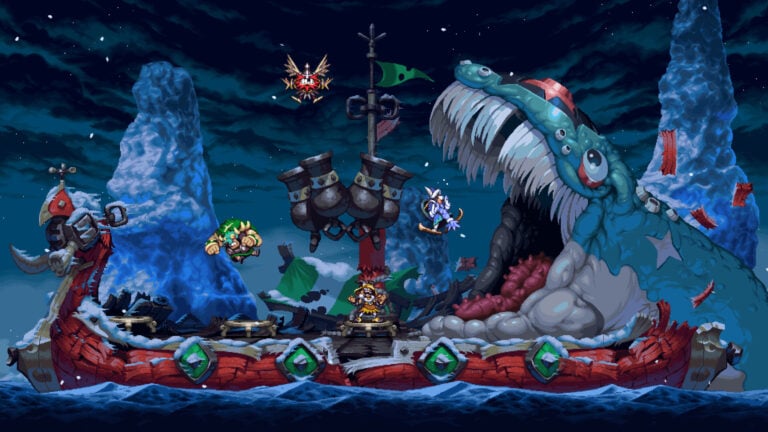 Vikings on Trampolines is an odd competitive platformer where players contend to knock each other off their respective platforms. Additionally, there is also an epic campaign that players can go on via co-op. Designed like…