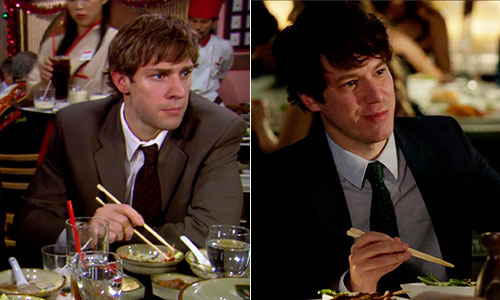 I’m loving The Newsroom these days.  The third and final season is six episodes long, and we’ve got two to go, and so far, this is television at its best.  Will’s glorious self-immolation is sad and wonderful and really lets him take a step back while other characters shine, which brings a nice “changing of the guard” feel to the whole thing.  More than any other Sorkin show, The Newsroom has shown how characters can evolve and change.  Think about Don Keefer and Reese Lansing and how they were originally portrayed, and their roles now.  That’s a pretty dramatic turnaround.

Dive into the deep end of the pool with me and let’s talk about how eerily similar Jim Harper and Jim Halpert are, and also how the actors who played Toby Flenderson and Ryan Howard reprised their characters on The Newsroom, only they played idealized versions of themselves.

Let me paint you a picture. 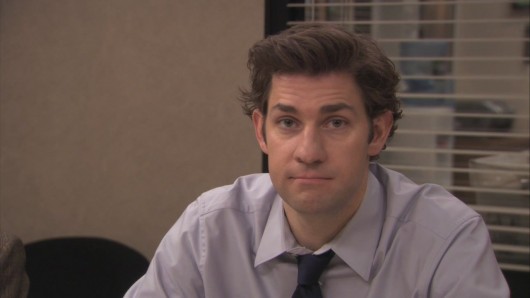 Jim is a bright young employee of a company that seems to have lost its way.  He’s talented, charismatic, and good at his job.  He’s got a terribly compelling crush on a co-worker, and their witty repartee and obvious chemistry make it clear they’d be a great couple.  One problem: the girl is in a fairly serious relationship with someone who works for the same company, if not directly in the same workplace.  Jim and the girl have a few charged moments, one dramatic confession, and a big, breathtaking kiss, but then the girl goes back to her boyfriend – she wants to try to make it work.  The safe choice, or the right choice?  Either way, Jim is devastated, and quietly Mopes With Dignity until he can’t take it anymore and requests a transfer.  Little does Jim realize that while he’s away from where we all know he really wants to be, trying to work through his unrequited love, he’s going to meet the Ideal Rebound Girl – she’s cool, collected, and maybe out of Jim’s league.  They don’t have that instant chemistry that Jim had with the girl he really loves, but maybe, just maybe, they can make it work.  But wait, there’s more!  Circumstances conspire against them, and Jim and his new girlfriend are thrown back into Jim’s original workplace, right alongside the girl he’s still (probably) secretly pining for.  That can’t be good news for the new girlfriend…

Wait, did you think I was talking about Jim Halpert from The Office?

I was talking about another Jim H.  Jim Harper, from The Newsroom.

I’m not the first one to have made this comparison.  Still, when you add it all up, it’s pretty striking, isn’t it?  Even Newsroom Jim’s descent into being a pretty big douchebag mirrors Office Jim’s slide into being a non-sympathetic character in the last season with the way he started treating his marriage.

Now let’s look at something even weirder.

Remember Toby Flenderson?  Butt of many, many jokes on The Office?  He always had a very small side plot where he’d the guy warning everyone about asbestos in the walls, or EMF in the ceiling, or toxic mold, and be totally ignored…

So, who shows up on The Newsroom playing a deputy director of the EPA who brings dire warnings of catastrophic calamity? 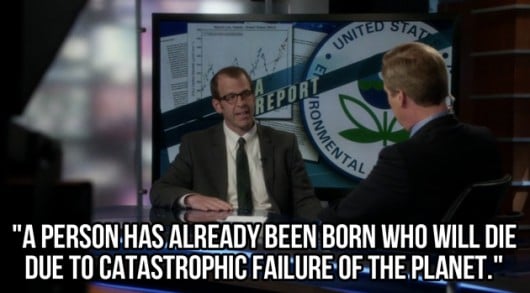 Toby Flenderson.  Same attitude, same kind of bumbling stoicism, just this time, since it’s an Aaron Sorkin show, he’s got advanced degrees and facts to back up the mumbled rants about radon that he sometimes indulged in on The Office.

And who else showed up in that same episode?

Ryan Howard always wanted to be that guy.  In the above clip, the next 5 seconds has a joke where an off-camera exec tells off Ryan for using his office for these interviews – which says a lot about Ryan’s competency in reality.

Now, who shows up on The Newsroom but the same actor playing the part of someone who can back up that attitude with actual success?

The Newsroom‘s billionaire Lucas Pruit is basically everything The Office‘s Ryan Howard aspires to be.

I don’t have a conclusion here.  But I do know it has to be a deliberate thing.  As the saying goes, “Once is happenstance. Twice is coincidence.  Three times, it’s enemy action.“

The Newsroom is deliberately invoking The Office.  I don’t know why.  If the series ends with a Steve Carell cameo I’ll be surprised.  But it has to be something.  Some reason.  And we’ve got two episodes left to find out.  Personally, I can’t wait. 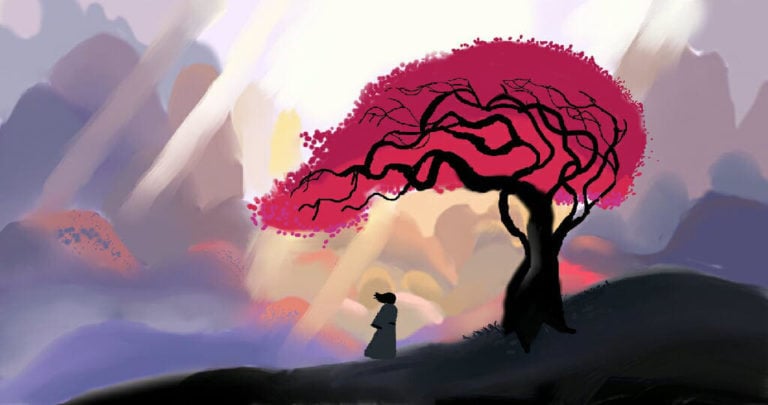 Some animated shows are very episodic in nature, meaning that they have no real finales. In contrast, others have long-running narratives that have both starts and finishes. Considering the sheer number of animated shows that…

Another year, another time when I watched exactly zero seconds of the Golden Globes, but I know some people are curious to see who won what. The award show covers both movies AND television, so…

After last week’s Carl/Rick/Michonne outing, I figured we would get a few more weeks connecting with all the other survivors and seeing them develop a little bit more. In the 4.5 premiere, we learned a…

httpv://www.youtube.com/watch?v=U0yNk7Fwie8&feature=player_embedded I’m not exactly sure why Steve Carell happened to be in England on April 1st, but he stopped into GMTV to do a faux weather report, and it’s pretty damn funny. Haven’t seen him…

Usually I feature videos or artwork or cosplay, and rarely do I focus on something that’s purely text-based, but if you’re a fan of either Game of Thrones or A Song of Ice and Fire,…