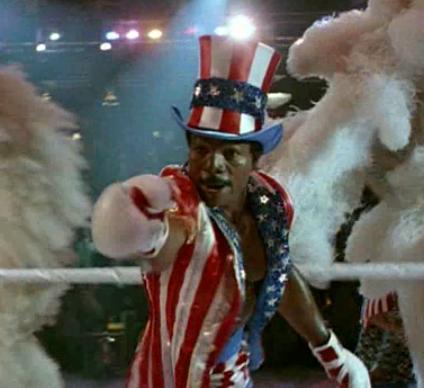 For better or worse, it’s been awhile since I’ve done one of these “man crush” posts – but I couldn’t help myself when I noticed that someone was, in my opinion, missing from the cast of the upcoming The Expendables.  Now, I don’t think that Carl Weathers has the star power of a Stallone or Schwarzenegger – no action star does – but as a bad, bad man himself, I thought for sure Sly could have cast him in one of the handful of movies I’m actually looking forward to this summer.

Then again, despite his physique, Weathers wasn’t really an action star, per se.  But that’s not a knock on the man – he’s actually proved himself to be quite versatile.  I’ve always been a big Carl Weathers fan; I’ve always enjoyed watching him in just about every role in which I’ve seen him.  Below, check out the five best Carl Weathers roles from movies and television. 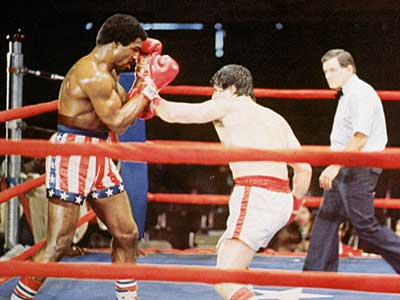 As he had a brief career in the NFL, Carl Weathers had no trouble effectively portraying a professional athlete.  Whereas Stallone looked pretty ripped in the Rocky movies, Weathers looked ripped and like a real boxer.  He moved and threw punches like a real boxer, and even carried himself with a certain swagger that many of the great heavyweights possessed.  Everyone knows the name “Apollo Creed,” and it’s thanks to Carl Weathers’ amazing job of helping to create him. 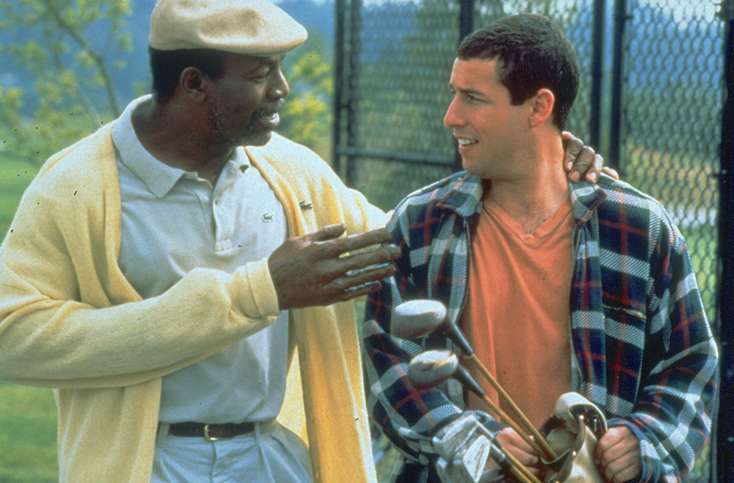 Weathers can be just as effective in comedies as he can in sports movies, as evidenced by his role of Chubbs in the classic Happy Gilmore.  Who doesn’t like Happy Gilmore?  Who doesn’t like Chubbs?  I thought it was a nice touch to bring Chubbs back in Little Nicky, but nothing in that movie compares to Chubbs’ reaction to the one-eyed alligator’s head. 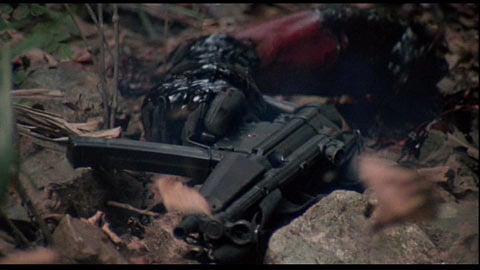 Sorry about the above pic; I couldn’t resist.  Anyway, it’s pretty impressive that Weathers, as Dillon in Predator, stood alongside Schwarzenegger, Jesse Ventura, and Sonny Landham and still managed to look jacked.  He also has the honor of receiving the second-best death in Predator, as getting one’s arm blown off and then being lifted clean off the ground by the Predator’s claws, while impressive, is inferior to getting a hole blown through one’s chest while mistaking a harmless, furry little critter for danger. 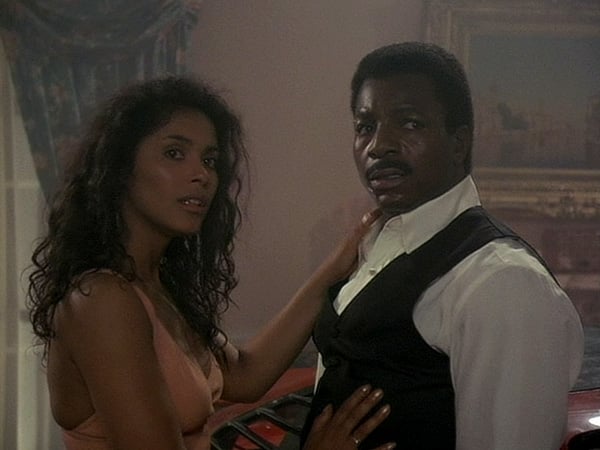 Weathers finally got to star in his own action movie in the awesomely-titled yet poorly executed Action Jackson.  Well, that’s not really fair of me to say, as I haven’t seen this movie in years.  What I do remember, though, was the final fight between Action Jackson and the main bad guy.  And I remember Action Jackson getting his ass kicked for a while, before finally shouting “Now you pissed me off!” and then just totally unloading on the bad guy.  And this was a scenario that I re-enacted with my G.I. Joe figures many, many times. 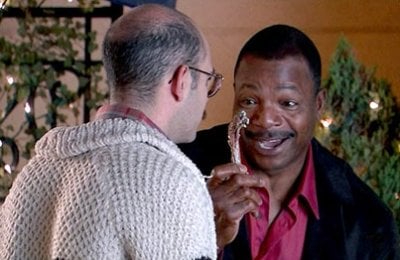 Carl Weathers played himself – or at least a really warped version of himself – on Arrested Development.  He’s hired by Tobias Funke as an acting coach and he’s unbelievably cheap.  The addition of Carl Weathers made an incredibly funny show even funnier.  And he doesn’t like ham, he loves it.