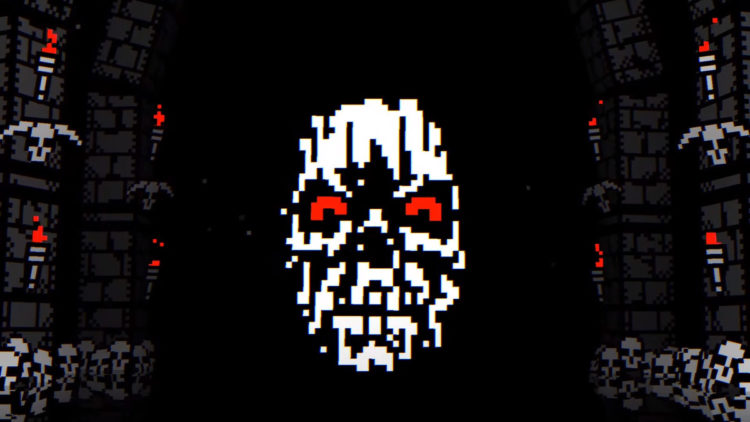 Bleak Sword is a new game that has been released through Apple Arcade. For those who are curious, it is an action game that has received praise from a wide range of reviewers, which include some that have compared it to a mobile version of Dark Souls. Here are 10 things that you may or may not have known about Bleak Sword:

Mechanics-wise, Bleak Sword is an action game. Presentation-wise, it is a dark fantasy. Unfortunately, dark fantasy is rather notorious for being difficult to define. As such, it might be most useful to think of it as being fantasy that incorporates darker topics as well as darker themes, so much so that it can sometimes verge on supernatural horror. In fact, there are some people who believe that dark fantasy is separated from supernatural horror by being set in a fictional world rather than a fictional version of the real world.

2. The Title Refers to an Item of Narrative Importance

Sometimes, it can seem like even odds whether the title of fantasy media is referring to something of narrative importance or not. In the case of Bleak Sword, its title refers to a weapon of considerable power and prominence. With that said, dark fantasy being dark fantasy, it should come as no surprise to learn that there is a curse on the titular weapon that will have to be lifted by the player.

3. Has an Arena Mode

Interested individuals can expect to have to fight their way through a wide range of enemies in a total of nine chapters. Said enemies will be situated in various environments that range from castles to swamps. Once player have beaten the main part of Bleak Sword, they can unlock Arena Mode, which promises to provide them with further challenges. As such, the Arena Mode can be considered the main source of post-game content for the game.

4. Separated Into a Series of Arenas

In a sense, Bleak Sword can be considered a series of arenas. For those who are curious, the game is separated into sequences in which the player has to overcome their on-screen enemies. Winning enables them to move on to the next sequence. Moreover, winning provides them with experience as well as items that can prove useful in their adventure. In contrast, losing means that they will have to re-do the sequence, which is something that comes with serious consequences.

Here, Bleak Sword shows a fair amount of resemblance to Dark Souls and Dark Souls-influenced titles. For those who are unfamiliar, players can try again and again in Dark Souls, but they are penalized by the loss of their collected currency, which becomes permanent if they get killed before they can retrieve their loot. In Bleak Sword, a player who loses can expect to lose not just their items but also all of the experience that hasn’t been applied to their next level-up. They have one change to recover what they have lost, but if they fail to make use of that one chance, well, suffice to say that said failure will prove very expensive for them. Something that is particularly true if they continue to make such missteps.

Speaking of which, the controls are another part of Bleak Sword that has received praise from the reviewers. In short, the game has both a one-handed setup and a two-handed setup. With the one-handed setup, the action of the player-character is determined by the kind of gesture made by the player. For example, a swipe produces a roll in the direction of the swipe, whereas short and long touches are used to make light and heavy attacks. Meanwhile, the two-handed setup results in the left side of the screen being reserved for attacks of various kinds while the right side of the screen is reserved for moving out of the way of incoming attacks.

7. The Stages Have a Fair Amount of Impact on the Fights

Naturally, the enemies are the focus of the fights. However, it is interesting to note that the layout of the stages can have a huge influence on the fights as well. For instance, fighting enemies on a narrow bridge is a very different experience from fighting enemies on an open expanse of empty space. Besides this, it should be mentioned that the various stages can have stage hazards, thus introducing more potential complications for interested individuals.

Like in Dark Souls and other Dark Souls-influenced titles, reading enemy patterns is critical for success in Bleak Sword. In short, observing enemies is how players can find out what cues lead to what moves, which in turn, tells them how to respond to their enemies in the most effective and efficient manners. This process is particularly important because players have limited stamina, meaning that if they move about in an inefficient manner, they could wind up getting overwhelmed by even the weakest enemies out there.

Of course, this means that patience is crucial. Essentially, players need to be patient while they figure out how their enemies move as well as how those movements can be exploited to the best effect. Furthermore, players need to be patient when they are actually putting their observations to use. In particular, they will want to prevent themselves from getting too greedy when they see an opening in their enemies’ defenses. Instead, they should give themselves plenty of metaphorical room for retreat when their enemies start to retaliate unless they are sure that they can time everything to perfection.

There are some people out there who might find the 8-bit nature of Bleak Sword to be offputting. After all, if they are used to much more expensive titles with much more expensive graphics, they might be disappointed by what they see when it comes to this particular title. However, there are some reviewers who have embraced Bleak Sword’s simplistic look because it enables them to focus on the combat and nothing but the combat, which is the true core of the game. For people who find that said perspective resonates with them, Bleak Sword could very well be the game for them.