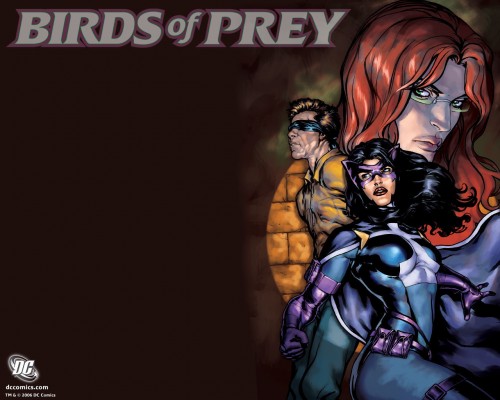 Well, DC finally appears to be tenatively trying on some big-boy pants for size in the wake of Marvel’s continuing epic success with their consolidated comic film universe. Awful casting choices aside, it looks like that Batman/Superman/Wonder Woman thing is going to happen with a lot more plans to expand into a full-on big screen DC universe.

Given the company’s spotty history with films, I’m betting this doesn’t end up happening, but hey, nice try, guys. But you know what DC has always been the king of? Comic book television shows. The current king of the hill is the CW’s Arrow, which has already garnered a Flash spin-off after introducing Barry Allen in a storyline, and they’ve already featured tons of notable villains and supporting characters -many of which are borrowed from Gotham- to set up a nice framework for a televised live action DC Universe.

I’d say that Arrow is actually suffering from a serious excess of supporting characters, and the solution might lead to a series that could potentially blow its parent show out of the water. Birds of Prey is one of the most underrated comic properties ever. It’s got everything anyone could want from an action/adventure franchise and represents that strived-after ideal of strong female leads flawlessly, but has failed so far to make a dent in the mainstream. It’s probably time for that to change. With a proper production team, it shouldn’t even be a challenge to make this awesome. 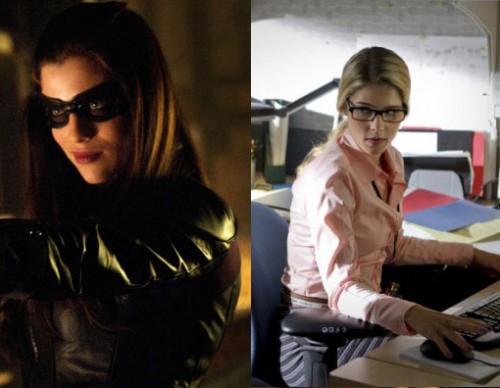 The Birds are a (usually) all-female team of heroes who were assembled by former Batgirl Barbara Gordon under her post-Killing Joke (where she was paralyzed from the waist down) secret identity as the superhacker Oracle. In the comics she worked primarily with Black Canary, undertaking espionage and rescue missions with the occasional special guest for some 50 issues before Huntress joined and the core team was completed, leading to larger adventures. The series has been rebooted for DC’s New 52 with the likes of Poison Ivy and Katana (the girl….with a katana!) on the team, but let’s pretend it hasn’t.

The popularity of the comics led to it being adapted by the then-WB in 2002. But those Birds of Prey had precious little in common with their comic counterparts and the show suffered from an identity crisis that swung wildly between unnecessary Batman links and other comic nerd stuff and sappy girl drama and ended up alienating both demographics. But given the template Arrow has presented us, I think the tone for a spin-off would be dead-on.

So why break the ladies off from their parent show, and how? Well, for one thing, there are too many women in Oliver Queen’s life. Huntress (Helena Bertinelli) and Black Canary (Sarah Lance) have both had a go at the male lead in addition to Canary’s sister, Laurel, and there’s the always-simmering romantic tension with Felicity Smoak.

Having every female character vying for Ollie’s attentions just gets old and having them all around all of the time (except Huntress, who retains guest star status) is getting cumbersome. I’ve seen too many harem anime series to not know that he’s going to end up with Laurel, anyways. Plus the Arrow Cave (is that what we’re calling it?)  is just too crowded at this point. Time to move on, ladies.

Felicity would make a perfect Oracle. She’s practically a blonde Babs as it is. If I ruled the television world, I’d have Deathstroke or Merlyn cripple her in the next season of Arrow, causing her to leave Starling City and go underground in a dark depression, shutting out Ollie and the rest of the world. The first episode of Birds of Prey would take place months later with her as a lone cyber vigilante in another city (Bludhaven, maybe?) who calls upon a passing-through Huntress to help with a case she needed a physical presence on.  Bam! Done deal.

Give Sarah Lance another season or so on Arrow to set her affairs in order and then have her answer the call and it’d be great. Oliver Queen could fill a Nightwing/Batman role in the narrative. Basically, he’d be a (mostly) offscreen presence that acts as a source of conflict (Oracle dislikes Huntress in the comics at first partially due to a shared romantic history with Nightwing) and as a big brother kind of figure who tries to check on “his girls” and gets rebuffed for his efforts. A first season with the ladies getting on their feet and overcoming personal differences while undertaking special-ops style missions as a vigilante team would be so much win. 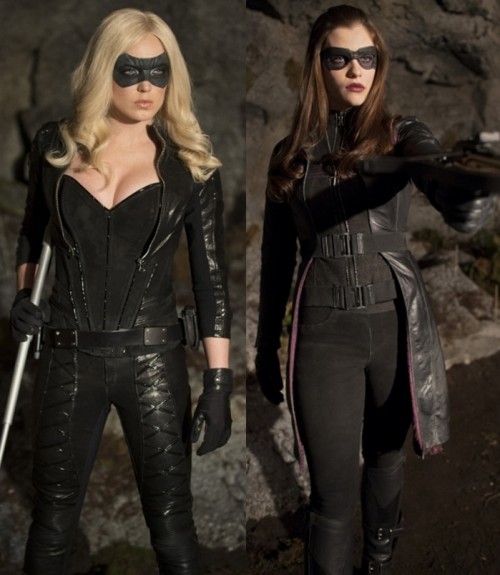 Canary needs to lose the mask at this point, though.

Throwing Sarah into the mix would have Felicity working with not just one, but two former assassins who would outnumber her and possibly take the narrative in a darker direction. It would be her job to try and change their tactics intellectually without being able to speak their language of physical violence. Meanwhile, her own work as a hacker and information broker would be called into question with the old illegal surveillance/privacy argument as a focal point. Much of this was in the comics.

While Arrow has become more of team show that focuses on the male lead, Birds would need a supporting cast as well. Nightwing would be an obvious addition who could be Felicity’s new love interest and occasional back-up hero in addition to other underutilized DC characters. Lady Blackhawk should be their pilot and makes a great comic relief character, Hawk and Dove would make awesome guest stars, Lady Shiva hasn’t ever been done right ever and would make a great frenemy for the team, Cassandra Cain (aka: best Batgirl) would make an ideal adoptive daughter and her storyline would fit perfectly; that’s just a very few possibilities. There is no shortage of excellent directions this show could go. All of the plotlines and characters are just dangling out there in the past fifteen years of comics screaming “somebody adapt us!”

And villains! So many untapped villains. Oracle’s nemesis in the comics is a black hat superhacker known as the Calculator who operates as a cyber mercenary and is obsessed with sussing out Oracle’s identity. Savant is a great character who has Oracle’s brains, Canary’s brawn (and then some), a twisted sense of morality, and an interesting sort of time-dyslexia where he can’t always tell past from present. I already mentioned Shiva, who after a few run-ins eventually takes an interest in Black Canary as a martial arts powerhouse and offers to take her on as a protégé and is Cassandra Cain’s biological mother (her father, David Cain, is also ripe villain material) who challenges her to a deathmatch, so there’s no shortage of material there. A Secret Six or Suicide Squad face-off would be epic (the former, at least, happened in the comics) and Spy Smasher enacts a hostile takeover of the team at one point, which is more great material.

Pictured: some of a crapload of as-yet untapped potential.

So yeah, DC and CW. This needs to happen. MAKE it happen. The time is right, the framework is there, people are screaming for more female representation in entertainment, and Arrow is overburdened with characters; there is no good reason not to green light this. DC is looking to world-build and establish more franchises and I doubt they’ll overtake Marvel in the world of cinema anytime soon. Their characters have a long history of adapting well to television and if nothing else Birds of Prey is certainly a better idea than that Lil’ Gothamites thing they’re doing on FOX.

Batman and Superman may be surefire winners, but how often do they ever throw the amount of freakin’ marketing and exposure they do with those guys at other properties that could actually use it? Now that Green Arrow’s got its foot in the door, it’s his duty to help open it to the other second-tier stars so the world can see that these comics are filled with great characters and great stories that can be adapted to other mediums at will. I’ll be watching The Flash, but I’ll be wishing it was Birds of Prey the whole time. Sorry, Barry. 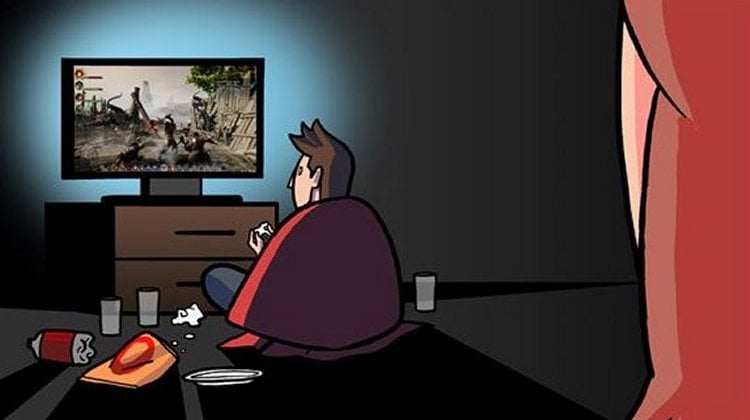