Since they first dropped Toy Story on the world, Pixar has been like the bad guy from Lethal Weapon 2: above the law. And deservedly so. With the exception perhaps of Cars 2, the animation studio has produced hit after hit, and found a way for each one to make my girlfriend cry. When I first heard about Brave, I was excited. Pixar is very selective about their “human-centric” films, so there must be something special about this story for them to be inspired to make it. As soon as the trailer was released, I was all over it.

For those who haven’t seen the US trailer, check it out here.

At first glance, the film seems to have all the elements of a successful Pixar film: funny supporting characters, eye-popping graphics, and some heart. Watching it through a few more times, I began to waver in my excitement for Brave, caused mainly by the fact that I could not for the life of me figure out what it was about. Princess Merida doesn’t want to be a princess, she shoots a mean bow-and-arrow and at some point she hauls ass on her horse. Her family loves her, but something about Merida disappoints or scares them. The three little bears, or a thinly-veiled derivative, make an appearance. Great, but what’s the plot?

Given Pixar’s legacy to date, I wasn’t planning on skipping Brave due to it’s frustratingly vague trailer. I’ve written in other installments of this column that vague is good, versus being spoon-fed the entire film in two minutes. This is true, but the amount of plot it’s acceptable to reveal changes based on the genre. Thriller/Mystery/Horror/Sci-Fi equals tell me as little as possible. Romance/Comedy equals tell me more, but make sure you don’t waste the best joke in the damn preview. Animation equals parents want to know what they’re taking their kids to see, and older folks want some proof they’re not going to see a movie meant solely for the little ones. By this I mean, Wall-E is a film for all-ages, but Alvin and the Chipmunks: Chipwrecked is a film for kids who just want an excuse to buy popcorn and their unlucky parents. Giving potential viewers a taste of what’s in store is appropriate for a film like Brave.

I would rather eat a chipmunk than watch this steaming pile.

As I came to terms with the fact that Brave might suck, I stumbled onto something incredible. Somewhere in the cosmos of the internet, a fellow had posted the Japanese trailer for the film. I didn’t think it could possibly be much different, but there was some buzz around how much more intriguing this version looked, so I watched it. What I saw was an almost entirely different film being previewed: whereas the US version focused on Merida’s distaste for the royal life and disinterest in being married off, the Japanese version is a spooky tale of a haunted forest, a witch’s curse and crazy blue dot things that are straight out of a Miyazaki movie.

Why in the world isn’t the Japanese version the universal one?! Is it a cultural thing, like Americans want princesses and a love story while the Japanese want a good movie? Isn’t it almost a bit deceptive to show US audiences a trailer with no mention of witches, curses, haunted stuff etc.? For such a ground-breaking, savvy company, I’m at a loss as to how Pixar greenlit two totally different takes on their film and released them to different parts of the world. They know we have the internet, right? Indignation aside, the Japanese trailer has me super excited again for Brave. The pacing, plus the dark foreboding bits intercut with a healthy dose of crude humor  gives Brave the look of another instant classic in the Pixar family. The final moment of the Japanese trailer, where Merida looks at a blue floating orb, then the screen cuts wide and we see her following a long chain of them,  is perfection.

If your movie even slightly resembles Spirited Away, I’ll see it.

We all know how easy it is to manipulate a trailer to completely change its tone, like the folks who recut The Shining as a comedy or Mary Poppins as a horror movie. But having two trailers with different footage, different plot points and different tones is something else entirely. Now that I know both exist, I’m glad I saw the US trailer too. Combined, they promise a very unique take on a oeuvre of fairy tales with an original twist. Perhaps most importantly, Brave is the first Pixar feature film to have a female protagonist, which is wonderful, if long overdue. Still, if that Japanese trailer hadn’t surfaced, I fear I might’ve waited out the movie and caught it on DVD. Having now seen the other side, I wouldn’t dream of missing its theatrical run. The moral of the story: make sure you actually tell said story. If you’re proud of it, it should be a selling point, not an easter egg for trailer enthusiasts to drudge-up on message boards. Oh, and ominous blue hovering things really pique my curiosity. 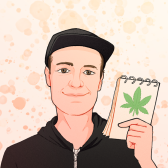