Mark Gruenwald is a name that some dyed in the wool comic book enthusiasts are familiar with. In his lifetime he has made significant contributions to the comics industry, particularly through his association with Marvel Comics. Not everyone who is a fan of comics really knows that much about him but we think that everyone should. We looked through Mr. Gruenwald’s impressive history and career and found these 10 things that you didn’t know about him, that we want to share with you.

1. He started his career with Marvel as an editor

Mark Gruenwald has been working with Marvel comics since 1978. When he was first brought on board he was hired as an assistant editor. Within four years, he was promoted to the full editor in chief position because he was so good at what he did. He was placed in charge of Iron Man, Captain America, Thor, The Avengers, Spider Woman, and What If.

2. He published his own fanzine

Mark’s start in the comic fandom began with the publication of his own magazine dedicated to fandom. It was called Omniverse. The fanzine looked into the concept of continuity. He published this magazine prior to being hired for Marvel Comics.

3. He worked for DC comics before being hired by Marvel

Mark Gruenwald did some writing for DC comics in the form of text articles for their official fanzine. Having established Omniverse, he was somewhat of an expert in the field. The name of fanzine was “The Amazing World of DC Comics and his articles included “The Martian Chronicles” and many others that dealt with the history of the Justice League.

4. He was a talented penciler

Mark did some fill in work as a penciler for Marvel comics in 1982 through 1984. You can see examples of his work in the 1983 Hawkeye limited series of comics as well as the “What If” books. He also penciled for Questprobe, The Incredible Hulk and Marvel Team-Up Annual. Some of his other work outside of Marvel Comics includes the cover of Comic Reader number 180 in 1980, the entry for Merlyn the Archer in Who’s Who: the Definitive Directory of the DC Universe number 15.

5. He had an interesting nickname

Mark Gruenwald was well liked by those that he worked with. He was often referred to as “Grueny” or a simplification of that nickname, “Gru.” He was depicted as a caricature in a series of Bullpen Bulletins. The caricatures really looked a lot like Mark.

6. Mark Gruenwald contributed to a variety of characters

Mark had a falir for writing comics. He was a significant contributor to a variety of different characters including U.S Agent, Crossbones and Diamondback between 1985 through 1995. He was good at creating villainous characters who would work exceptionally well for challenging Captain America and the foes that he created with not generic and would not have worked well in any other comic. They were specific to Captain America.

Mark Gruenwald was such a big fan of Captain America that he even owned a piece of memorabilia that is highly coveted to this day. It was a replica of Captain America’s shield. The highly collectible piece is now the property of talk show personality Stephen Colbert.

8. He could do things nobody else could

When Mark Gruenwald became the executive editor of Marvel comics, those around him truly did marvel at his skills and talent. We learned that he was the only person there that could keep track of everything, and there was a lot to keep on top of at the highly successful Marvel comics business. He had amazing recollection skills and he could remember even small and trivial details.

9. He was married and had a daughter

Mark’s first wife was singer Belinda Glass. They were married in 1981, but divorced. He dated Catherine Schuller for a year and then the couple married in 1992. The couple had a daughter named Sara.

Sadly, the world lost a talented writer, penciler and comic book editor. Mark had a congenital heart defect that nobody knew about. The cause of death was a heart attack. It was a shock to all who knew and loved him. In keeping with his final wishes, Mark was cremated and his ashes were mixed with ink used to print the Squadron Supreme compilation.

(click for full size) When I first saw this bit of cool art from Bill Walko, I thought it was just a neat artsy look at some past Bond girls. Then when I looked closer,…

I know I’ve featured a number of these Marvel/DC clone character pieces before, but I think that artist Darren Rawlsy added a whole bunch of new ones, so I figured I would give them a… 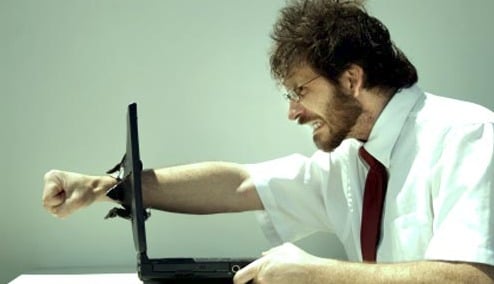 (click to enlarge) It sounds like some bizarre DC Universe comic book plot, where Gotham City gets caught in a time warp and ends up back in the Old West, but I’ll be damned if…

Imagine learning about the birds and the bees only through the eyes of the Pokemon universe.  JHall over at Dorkly nails it with this comic.

Everybody knows there are two heavy hitters in the comic industry: Marvel and DC. The two companies relentlessly copy and complement each other with the various ebbs and flows of the business; keeping each other…