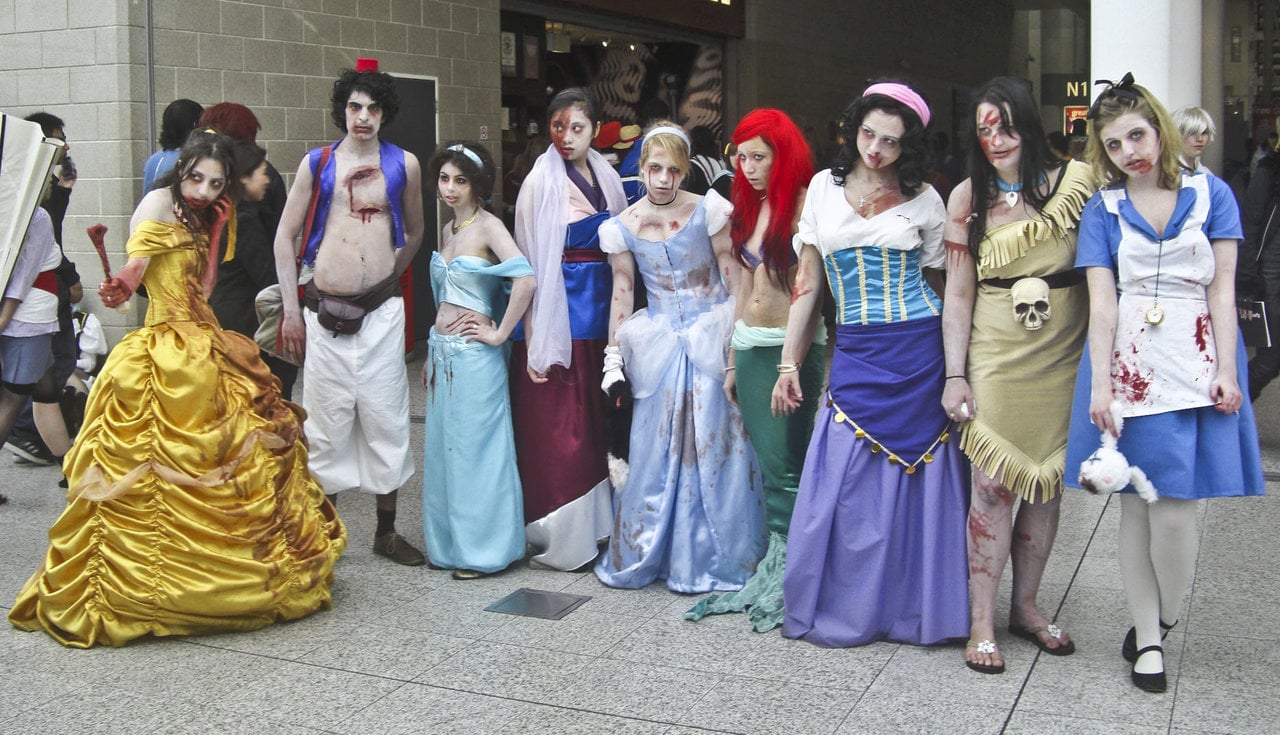 So even though vampires are totally the new zombies, because zombies don’t have the thought process to be able to love or skin with the ability to sparkle, but there are some die-hard walking undead enthusiasts like these folks who keep the tradition alive. This would be a pretty impressive collection of Disney princesses by itself, but add the zombie factor, and you totally earned a Best Group Costume prize.

From left to right we have Belle, Aladdin (how’d he get in there?), Jasmine, Mulan, Cinderella, Ariel, Esmeralda (random), Pocahontas and Alice. Note the subtle additions to the costumes like Pocahontas’ skull and Alice’s rabbit head. Great stuff all around team. As the internet’s most cosplay friendly entertainment site, you have earned Unreality’s seal of approval.

Of all the actors out there in Hollywood, Christopher Walken still remains near the top of my list.  It’s actually hard to pinpoint what it is about him that’s so appealing but I think it’s…

I swear we’re still going to be discovering new behind the scenes Star Wars pictures and videos in the year 2050, as I can’t believe there’s stuff coming out I still haven’t seen at this…

Sometimes the world of pop art and cinema collide, and I haven’t seen a better example of such an occasion than this upcoming exhibit titled “Quentin vs. Coens.” A whole host of artists got together…

httpv://www.youtube.com/watch?v=qZowK0NAvig Anyone who knows David Lynch knows that they’re going into one of his movies with the expectation that their minds will be blown.  If you’ve ever seen Lost Highway then prepare to be scared…

I was watching The Grinch the other day to get in the Christmas spirit (surprisingly hilarious movie by the way), and the question came up about if Cindy Lou Who went on to do anything…