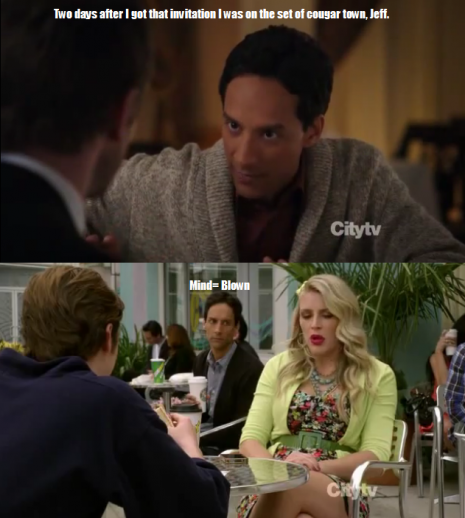 That’s a wrap folks, the contest for most in-depth TV joke ever has been won by the unquestionable victor, Community. Talk about Arrested Development’s sly references all you want, but to my knowledge they never pulled anything like this.

For the uninitiated or poor of memory, the first still is from a moment on the show where Abed explains a recent epic journey that landed him on the set of Cougartown. It seemed like just a funny joke at the time until you realized that Abed ACTUALLY WAS ON COUGARTOWN, which should additionally be noted is on NBC’s rival network ABC.

The full breakdown is best watched in video forms, and both the Community and Cougartown scenes can be seen below: