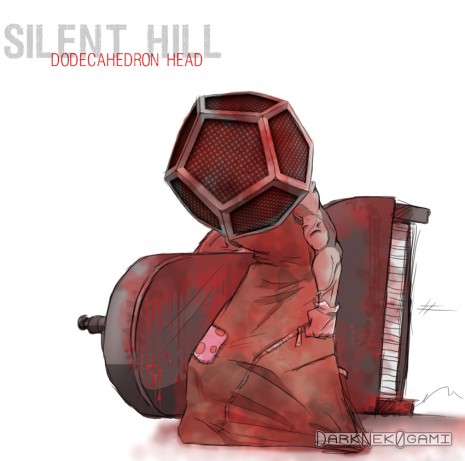 Pyramid Head remains as one of the most terrifying enemies in any video game ever, but what happens when you change his signature shape? The result isn’t quite as menacing.

Artist DarkNekOgami, who turned up some very weird stuff when I Googled his name, is behind the redesign. Pardon my ignorance, but I think I’m missing a joke as to why he’s lugging around a giant piano instead of his massive sword. I’m sure someone will be happy to explain it to me.

You know they’re making another movie right? The original Silent Hill stands in my mind as one of the only halfway movies in existence, and also has the even more rare honor of being a movie where Sean Bean appears, but does not die. Ridiculous, I know.