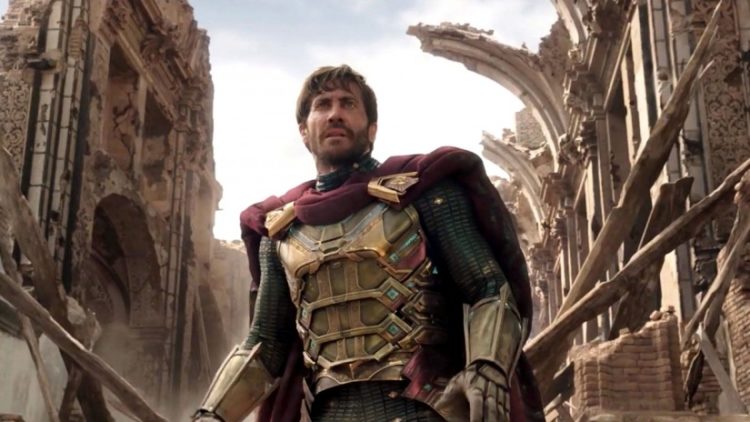 The trailer for Spider-Man: Far From Home has been released. One of the most interesting reveals from the trailer is that it is looking as though Spider-Man could be teaming up with Mysterio, who would be one of the superhero’s most iconic supervillains. As a result, it might be worth looking into the character so as to get a sense for what is to come.

For starters, comics being comics, it should come as no surprise to learn that more than one person has put on the famous fishbowl. For example, there was Daniel Berkhart, a stuntman who had been hired by J. Jonah Jameson to torment Spider-Man. Likewise, there was a super-powered mutant named Francis Klum, who was on the verge of being convinced by Black Cat to turn himself into the authorities before Spider-Man attacked him under the bad assumption that he was attempting to throw Black Cat off of a bridge. However, there can be no doubt about the most famous Mysterio being Quentin Beck, a stunt man with a true talent for special effects who turned supervillain when he felt that his career had hit a dead end. In other words, Beck is the kind of person who would go up against someone with both super strength and super speed as a baseline human with special effects, which makes him either very brave or very foolish or a mix of both.

With that said, Mysterio’s special effects talent is what one might call comic book good. That is to say, he can create illusions that are realistic enough to fool both Spider-Man and other superheroes, which is far beyond what his real world counterparts can manage even with hours and hours of preparation time. As a result, there is a reason that Mysterio fights in Spider-Man video games are often just normal boss fights complete with shows of superhuman capabilities on his part on the basis that the player character is just either hallucinating or otherwise being fooled into believing much of it. Having said this, it would be an exaggeration to say that Mysterio would be helpless without his special effects, seeing as how a lot of incarnations have been armed to the teeth with acid, lasers, and gases with very useful if not necessarily particularly believable properties.

Over time, Mysterio has seen the same kind of narrative escalation that other supervillains have received to make them seem more threatening. For example, while he tends to be best-known for being a magician in the sense of the performing art that exists in real life, he has been known to meddle with the kind of “real” magic that exists in Marvel Comics, as shown by at least one story in which he bargained with actual demons. Likewise, Mysterio’s technological capabilities have become more and more exceptional, with an excellent example being how the Mysterio of the main universe and the Ultimate Marvel Universe are supposed to be one and the same because he has cracked the key to cross-dimensional travel. With that said, what is truly threatening about Mysterio is his willingness to manipulate the moods, senses, and thoughts of his enemies to break them, which is something that he is much better-suited for than his standard shenanigans.

It remains to be seen what role the Mysterio played by Jake Gyllenhaal will have in Spider-Man: Far From Home will have. Some people have speculated that he might be the one who is responsible for the presence of Hydro-Man and the Elementals, meaning that he is planning to make himself a hero in the eyes of the public by beating a threat that he unleashed in the first place. That might sound like something that has popped up in more than one superhero work, but it wouldn’t be out of character, seeing as how Mysterio has been noted as someone with very little creativity for plots in spite of his remarkable skill with special effects. However, there are other people who are speculating that the movie could be Mysterio’s fall from grace, which could make for a less pathetic but no less dark interpretation. Whatever the case, time will tell because Spider-Man: Far From Home is set for release later in 2019.