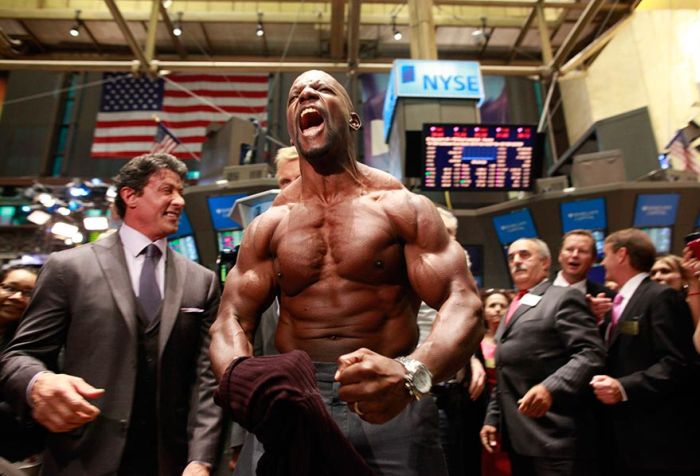 I thought that this would make a nice little accompanying post to my Expendables review that went up earlier today. Sorry that was late by the way, but I was actually out of town all week, so everything you read from me last week, I had written and pre-posted a while back. There are no real vacations in this business, the show must go on!

Anyway, this is a thoroughly awesome picture that shows the end result of The Expendables opening the New York Stock Exchange. It also shows that Terry Crews is probably the Incredible Hulk. Is it bad that I didn’t really know who this guy was until this movie came out? I though maybe he was some lost ’80s action star I forgot about, but not so when you look at his film history. Ohhh yeah! He was the president in Idiocracy! But with minor parts in Soul Plane, Malibu’s Most Wanted, White Chicks, Click and Get Smart under his belt, I guess he didn’t hand Stallone a resume and just whipped his shirt off during the audition. He’s the new Carl Weathers, unfortunately not that many Carl Weathers-ish roles exist in action movies anymore. 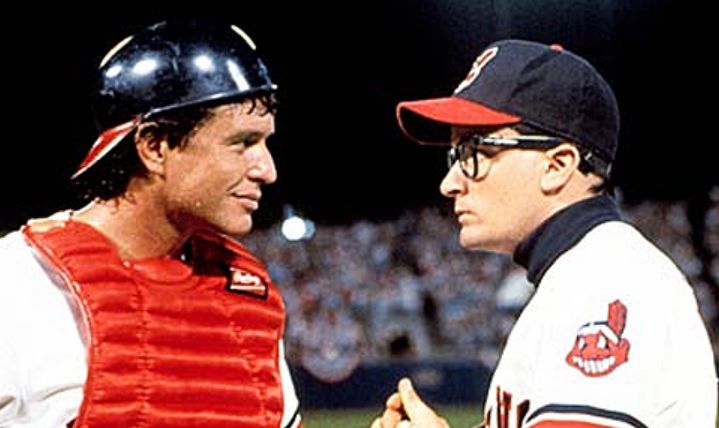