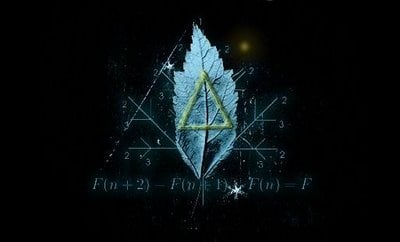 Yes, I’m writing this article because the season finale of Fringe aired last night. But moreover, I’m in a unique position that many other TV reviewers aren’t. In order to catch up for last night’s finale, I watched the entire first season in under a week (more like four days), and therefore I can see the entire series more clearly as a whole, rather than just the pieces that have been doled out slowly since last fall.

Though I thought tonight’s finale was rather excellent (more on that later), I have many problems with the show as a whole. Because of my unhealthy addiction Lost, I’ve become understandably obsessed with J.J. Abrams, and as this is “his show,” I tuned in thinking it would be as complex, intellectual and enjoyable as his other projects.

And is it? Well, sadly no, not really. 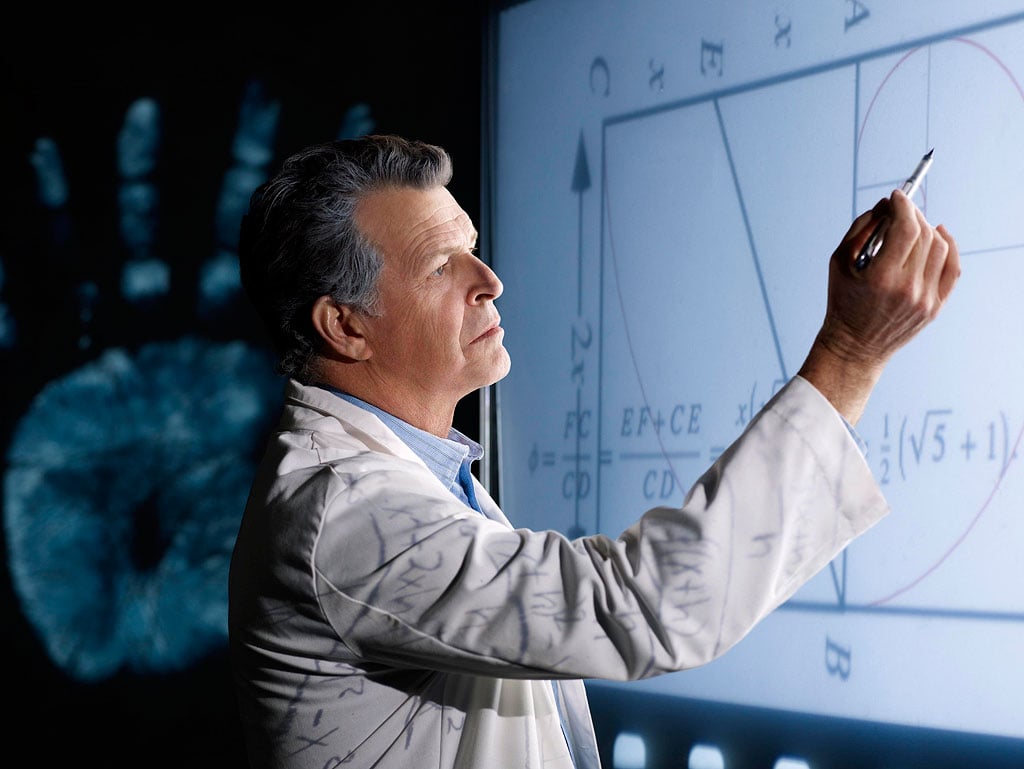 Fringe does try ever so hard, but at its heart, it’s still a procedural, the kind of dreary formula show I hate more than anything else on TV today. There is a sliding scale of procedurals that start with CSI and Law and Order on one side, devoid of anything but basic science and investigative tactics, and as we move across we get shows like Bones and Numb3rs and Lie to Me, who add in their own little tweaks (anthropology, math, and body language) to give the crime solving a different flavor. As we keep going across the scale, we delve into shows like Ghost Whisperer and Medium, who turn to the supernatural to solve murders, and if you push even further past this you get to Fringe. I’d say to stop there, but if you inch a little further out you finally reach The X-Files, the ultimate in supernatural procedural action.

Fringe isn’t quite The X-Files, as all the bizarre happenings in Fringe are all explained away by “pseudoscience” as the show calls it, while X-Files is perfectly happy to say that there are aliens and vampires and all manner of other creatures roaming around out there. Fringe puts forth a valiant effort to make its cases scientifically believable, but all of the theories put forth could be refuted by nearly anyone who has taken a college level science class in their life.

But solving all these cases week in and week out, Fringe does stay true to the Abrams’ philosophy of a “grand scheme.” Unlike traditional crime shows, whose characters and plotlines are tossed in the recycling bin to be reassembled into another episode at a later date, Fringe actually keeps track of its own mythos, and promises there is something larger behind it all. And there seems to be, but only kind of. 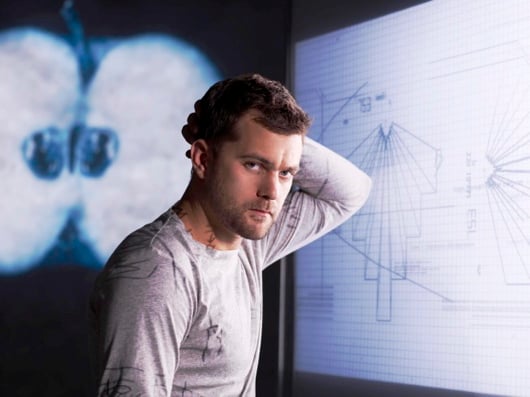 Here’s where Dollhouse comes in.

Dollhouse was another show that started out purely as a procedural. And it sucked. A lot. The low point of the series was an episode where Echo became a spunky background singer to unfold a murder plot against a Beyonce stand in.

But then the show evolved. Instead of just seeing the cool technology it created (programmable people), and winding them up and watching them go, Dollhouse dove headfirst into the ethical questions surrounding the technology, and that’s when things got truly interesting.

Since this epiphany, the show has tackled a host of moral issues surrounding the dolls. They’ve been taken advantage of like molested children. They’ve become surrogates for dead rich people who want to live forever. They’ve had their entire personalities wiped out, but had their souls remain intact. They’ve been imbued with so much power that they thought they were gods.

The sad part is, the more interesting the show got, the lower the ratings went, and now the series is on the brink of death while Fringe has been picked up for another season.

Programmable people sounds like a perfect episode of Fringe actually. I can see Olivia and Peter storming the gates of the Dollhouse while Dr. Bishop dissects a former doll’s brain in the lab. But that’s all it would be, is just an episode, and the moral complexity of it all would get completely lost jammed into forty minutes.
And I think that’s the problem with Fringe. Each episode takes a fascinating and complex scientific concept (animal hybridization, astral projection, telepathy) and stuffs it into a compact time frame that doesn’t allow for any exploration. Despite what the show claims, there really aren’t any running themes throughout the show besides “science is bad, sometimes….well, it depends actually.” Not exactly a strong mission statement. 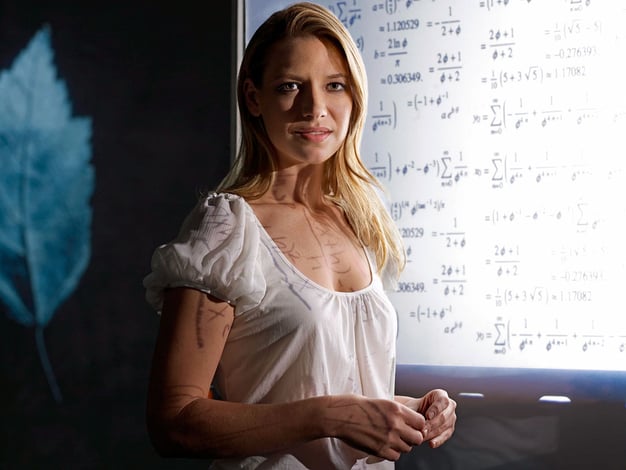 As cool as it is to watch a bat-wasp-snake-tiger hybrid eat people in the woods, if there’s nothing else behind it, then Fringe is just splashing around in the shallow end, and I expect more from an Abrams project, which I guess I hold to higher standards than most.

The good news is that the show is starting to understand. The theme of an alternate universe that climaxed last night is a good rallying point, and although the explanation connecting the individual “pattern” events to it was bullshit, at least we’ve finally arrived at something unifying.

Last night’s episode was the only other viewing besides the pilot that truly felt like I was watching a show in the same league as a giant like Lost. We discovered that A) It’s possible to get to these other universes and B) They’ve already done it. Specifically we learn that after Peter Bishop died as a boy, Walter crossed over to snatch a new copy of his son from another universe. Combine that with Leonard Nimoy’s reveal as William Bell…in a parallel dimension where you can still have a 79th story office in the World Trade Center, and that’s a Lost-worthy mind**** if I’ve ever seen one.

As it heads into its second season, Fringe needs to look to Dollhouse and learn to look inside itself. The show deals with many concepts ripe for further exploration, and so far it’s been merely skimming the surface of all of them. My advice would be to pick one cool concept (multiple universes is a good start) and delve headfirst into it. We don’t need a new monster or body mutilating disease every single week, it’s alright to take your time.

But with CSI still drawing in tens of millions of viewers every week, and Dollhouse on its deathbed, maybe survival trumps all. In that case, I can’t wait for the fox-tuna-gnat-lion hybrid next season. 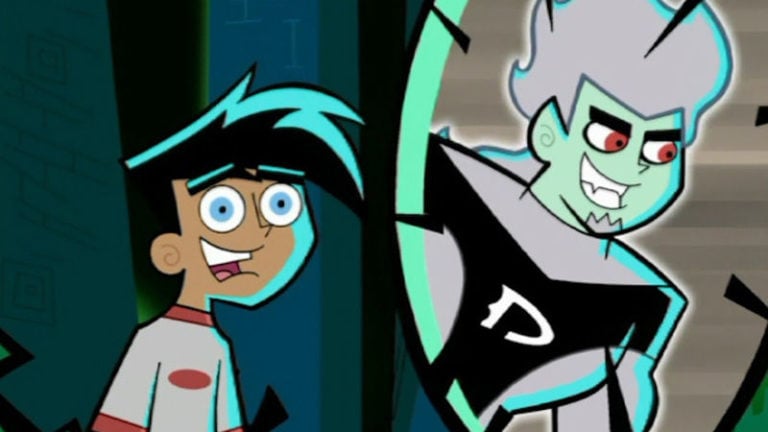