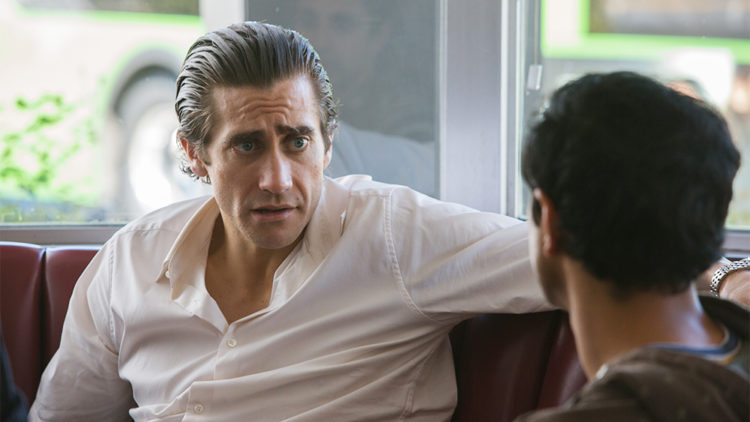 Other than a last name that’s difficult to spell, Jake Gyllenhaal is an absolute master actor and has a resume anyone would be most proud to have. Discovering fame and fortune after the release of trippy cult indie hit, Donnie Darko, Gyllenhaal went on to star in many critically acclaimed films, including Southpaw, Brokeback Mountain, Prince of Persia: The Sands of Time, Stronger, Source Code, and Nightcrawler.

So, you might know Gyllenhaal from his hit movies, but did you know all these interesting facts about the man?

As if one famous Gyllenhaal wasn’t enough, Jake is the brother of talented actress Maggie Gyllenhaal, who he actually appeared on-screen with in the movie that arguably launched both their stardom and showed the world their incredible acting talents, 2001’s Donnie Darko.

So close to Spider-Man

We all know that Tobey Maguire played the part of Spider-Man for the first three big-screen versions of the famous web-slinger, but Gyllenhaal actually came so close to the part when Maguire injured himself during the filming of Seabiscuit. It looked unlikely that Maguire would return for Spider-Man 2 and that Gyllenhaal would take over, yet Maguire made a full recovery and resumed his role. Not to worry, Gyllenhaal still gets to be a part of the Spider-Man universe by appearing in the upcoming 2019 movie, Spider-Man: Far From Home, as the villainous Mysterio.

He was chosen by Cartier to represent its watches

Swiss watch company Cartier isn’t exactly known for hiring brand ambassadors the way other businesses might, so it was a big deal to hear that Jake Gyllenhaal was the number one choice. “To have Jake Gyllenhaal as the incarnate image was interesting; he embodies the ‘bold and fearless’ spirit of the Santos collection,” said Cartier CEO Cyrille Vigneron. “We work with celebrities and artists – not to put their names on products or ask them to design logos for us – but to be inspired by what they do, their talents and their expressions.” Gyllenhaal favors the Santos model, many of which sell online for a pretty penny, and says he couldn’t picture himself wearing anything else.

The Mighty Ducks is a cherished family movie about ice hocking from 1992, and if Jake had his way, would have had a role in the film, but his parents denied it due to the fact that filming was simply too far away and would take too long, thereby affecting his education.

He really bulked up for a role

To play the part of boxer Billy “The Great” Hope in 2015’s Southpaw, Gyllenhaal’s training included running 13km every day and adding 28 pounds of pure muscle. There were also daily footwork drills, shadow boxing, punching bags, jump ropes, and around 2,000 sit-ups! The end result was worth it, as Gyllenhaal looks beefy as anything. His boxing training might have worked too well, in fact, as during the filming of Nightcrawler, he punched a mirror during a scene and required stitches after smashing it to pieces!

His first driving lesson must have been amazing!

Jake’s very first driving lesson was from none other than acting legend Paul Newman, who is actually his godfather. Funnily enough, his godmother is famed actress Jamie Lee Curtis.