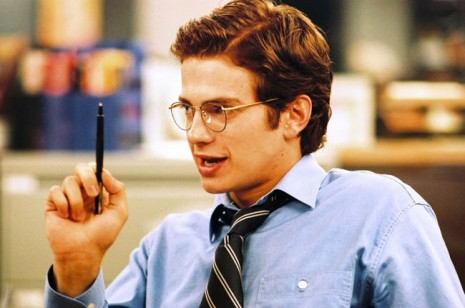 Alright, I know what you’re thinking. “Are you seriously recommending a movie starring Hayden Christensen?” Yes, I am, and Shattered Glass almost inspired me to write a post called “Awful Actors with One Good Role.” That list also included Paris Hilton in Repo! The Genetic Opera, but that’s as far as I got.

Shattered Glass tells the true story of Stephen Glass, an up-and-coming superstar journalist who got caught making up the vast majority of his stories. It started as a rogue quote here and there, and then he was inventing entire people, entire stories, until his house of cards collapsed on him.

No blood, no bullets, no boobs, but this is really a fascinating film. Maybe I found it especially interesting as a journalist myself, as I know the temptation to cut corners is there, but to take it to this level? It’s insane to watch it unfold. Christensen is good here because you’re SUPPOSED to hate his character, which is why his casting works. It’s a solid film, and I think you’d like it, and I bet less of you have seen it than last week’s Galaxy Quest.