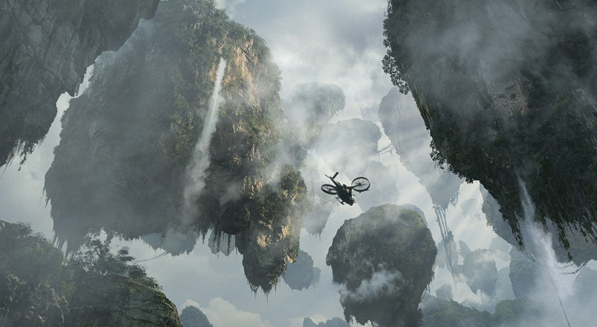 So I know that an hour ago, I was making fun of Avatar‘s plot which has apparently been completely stolen from Pocahontas, but jokes aside, this movie is just destroying at the box office, and I’m not sure if many people realize that, because the movie opened with a relatively week $78M. I mean, New Moon made double that it’s first weekend, right?

Well, the story is the following two weekends, where the film made $75M and $68M respectively, the latter number being the best third weekend for a movie EVER. Another film you might have heard of did something similar, where it started out slow, but through fantastic word of mouth kept momentum up to be the highest grossing movie ever made. And now? James Cameron is on track to have at LEAST the second highest grossing movie ever worldwide.

The film currently sits at a worldwide haul of 1.018B, which just surpassed The Dark Knight‘s 1.001B. The only three movie ahead of it are Dead Man’s Chest (1.066B), Return of the King (1.119B) and Titanic (1.842B). If you don’t think that Avatar won’t make 100M worldwide by next weekend, you’re sorely mistaken. Titanic itself is still a world away, but honestly, I can’t believe just how much this film has caught fire with the general moviegoing public who long berated the film when they saw it’s trailers. I guess there’s nothing the power of word of mouth can’t overcome, and nearly everyone I know who has seen it can’t stop raving about it.

Once again, James Cameron is the king of the world. Let’s just hope he doesn’t think his term is 12 years this time.