Everyone loves a good superhero movie. It’s no coincidence that there is a summer blockbuster highlighting yet another hero released year after year. While you wait for 2019’s heroic releases, we’ve created a list of the top superhero movies of the past 18 years that is truly all-encompassing.

Released just a few months before Avengers: Infinity War, Black Panther introduced new, yet familiar characters from Marvel into the Marvel Cinematic Universe. The movie received praise for being the first superhero movie to have a predominantly black cast. It also introduced a new world into the Universe and provided some context about the history of Wakanda and its people. The movie is unique due to its black cast, the portrayal of women in the universe as powerful scientists, and the ways in which it relates back to the Marvel Cinematic Universe even though it stands alone perfectly. It was the perfect way to introduce new characters, worlds, and villains, just before Infinity War brought so many different things together in one place.

While this movie is an animation, it is just a reimagining of a favorite superhero. Batman and his enemies have come in various shapes, sizes, and forms since the 1940s. The movie has everything you expect a superhero movie to have: car chases, explosions, and an amazing score. The fact that it’s an animated movie only makes the final appearance of the movie different, it doesn’t change or impact the storyline in any way. There are, arguably, no boundaries or limitations in animated movies, just like there are none in superhero universes.

While many would not immediately think of this as a superhero classic, this animated film earns its spot for its originality. The Incredibles are a completely new set of superheroes, unattached to either Marvel or DC Comics. The story follows the Parr Family, a family of superheroes who hide their identities in public, and whose youngest member is only recently developing his powers. What makes this movie great is its combination of fun, ridiculousness, adventure and overall battles between the forces of good and evil. Like any good animated movie, it’s enjoyable for both adults and children and that’s why it’s on our list.

Given that this Avengers movie came after the disappointing Avengers: Age of Ultron (2015), it had a lot to live up to. It successfully brings 10 years, and 18 Marvel Cinematic Universe movies together to create a solid story. It’s not easy to combine many different stories and plotlines into one coherent movie, yet Infinity War managed to do so seamlessly.  The cast is, of course, a huge asset to the success of the Avengers movies. Scarlett Johannson and Chris Evans play two of the main pillars of the Avengers team, Black Widow and Captain American. Both actors have come a long way since their days at the Lee Strasberg Institute, the New York City school for acting. Chris Evans’ career has skyrocketed since suiting up as Captain America for the first time in 2011, and Scarlett is now one of the highest paid actresses in Hollywood.

There’s no way we can have a list of the best superhero movies of all time without mentioning The Dark Knight. This movie is by far, one of the greatest superhero movies ever made. It also stands the test of time in terms of visual effects.  The color palette fits the Gotham City scenescape perfectly, Heath Ledger’s portrayal of The Joker is equal parts menacing and genius and the story is airtight. For a franchise that has had so many people play its characters, critics agree that this is still one of the best iterations of a Batman movie.

Released at the end of 2018, there are so many things about Spider-Man: Into the Spider-Verse that contribute to its inclusion in this list. Spider-Man is a staple of the Marvel world, and so many big names have played Peter Parker. Spider-Man: Into the Spider-Verse is something completely new and different for both the Spider-Man character and animated movies. The range of different styles in the movie itself is remarkable: from comic book, film noir, and anime, the movie melds all types of animation and characters from different universes into one story and realm.  The film achieves this mixture while including all of the makings for a good superhero movie: loud noises, chases, anticipation, and battles between good and evil.

From the opening scene, Guardians of the Galaxy is incredibly fun. With this addition, the Marvel Cinematic Universe is responsible for yet another unbelievable superhero movie. The film features a whole heap of superheroes, real and CGI. There are loads of battles, ridiculous scenarios, near-death and near-disaster situations all set to an unbelievable soundtrack. The humor within the movie is also worth commenting on – the writing keeps things light since there’s no denying that trying to save the universe is tough.

Deadpool is more vigilante than superhero, but he has superhuman powers and he – for the most part – tries to save the world and innocent people in it. Ryan Reynolds plays Wade Wilson, a disgruntled superhero who doesn’t ever play by the rules. In fact, Deadpool himself is completely unconventional and solely does what he wants. This movie should not be watched by anyone seeking out a traditional superhero flick. It is incredibly violent, the language is foul, and his morals are questionable. Nonetheless, Deadpool is a breath of fresh air in terms of superheroes/anti-heroes and there is a pleasing overarching storyline that runs throughout the movie.

The Thor movies have been in the Marvel Cinematic Universe since 2011 when Kenneth Branagh directed the original Thor. However, Thor: Ragnarok is a whole other ballgame. The film is directed by Taika Waititi who has been making waves in the independent movie scene since Boy came out in 2010. Although, it was with What We Do in the Shadows that his career really started to accelerate.  Thor: Ragnarok has certain aspects to it that are totally Taika Waititi, such as the humor, the caliber of shots, and some of the cast, too. The casting of Jeff Goldblum definitely contributes to the humor aspect, as his character isn’t entirely dissimilar to Jeff himself.

Modern superheroes tend to be an angsty lot. They brood over their losses, struggle with their personal demons and grapple with their self-worth. Most could use some counseling. The exception? Diana. She has perhaps the greatest moral clarity of any superhero we’ve seen on screen (with the possible exception of Captain America) in the last decade. While her friends and allies talk strategy and plot the most prudent course, Diana is motivated by pure, shining idealism.  Gadot and Pine were excellent in a film that changed the game for superheroes altogether.

Which of these makes your all-time best superhero movie list? Let us know in the comments. 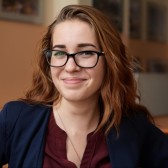 As an aspiring theatre actress in NYC, Donna has been creatively writing her way through acting school. Since attending her first Broadway show (Cats), she has been blown away by the spectacle of the stage. In her free time, Donna takes in as many performances as possible, ranging from theatre productions to movies and TV shows. Currently, she is an active contributor on various theatre & film blogs.