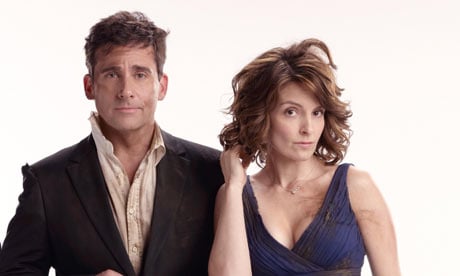 TV Thursday is a tradition that I’ve been a part of for years now. For some reason, the networks think it best to thrust all the best shows of the week on Thursday, and I’m forced to watch them all at once. And by forced, I mean I choose to because I don’t want to wait until the weekend.

Additions come and go. Sometimes there’s Archer, Always Sunny or hell, even Project Runway added on, but the core remains as NBC’s comedy line-up which includes Community, The Office, Parks and Recreation and 30 Rock.

I want to focus on those four as each of their respective seasons wind down. 30 Rock finished last week, Community did yesterday, and The Office and Parks I believe are next week. All these shows have been on for a few years at this point, and if you’re a fan, join me in this discussion.

I got into Community a lot later than all of these shows. I had no inherent bias against it, I’m just skeptical of new programs until someone clues me in that they’re good. Very rarely will I watch a new show from the first episode aired, unless I’m absolutely sure of its potential (recently, Game of Thrones).

But it was recommended, and rightly so. I’m not quite sure why it’s being called the “Saved by the Bell” of our generation, because other than memorable characters and a cocky lead, I don’t find much else in common. Rather Community is one of the smartest shows on TV, though it might take you some time to realize that. It’s more of a commentary on the current state of TV than it is a show in itself. It’s meta to even call the show meta, that’s how much it feeds on its own energy.

I worry sometimes that the show goes a bit too gimmick heavy. That it relies on too many “zany” takes on its own subject matter, and it gets tiresome. But so far, it doesn’t. I’d love to complain about how their season finale, a take on their first season’s closer, Modern Warfare (one of the best episodes of a comedy to ever air on TV), is a bad precedent to set as it’s a mere repeat of the concept.

But no, I’ll be damned if the two-part paintball revisit wasn’t damn good despite its unoriginality. The show has no real dramatic center, which can be missed at times, but until it stops being clever, it should stay on the air, and I see it sticking around for some time to come. 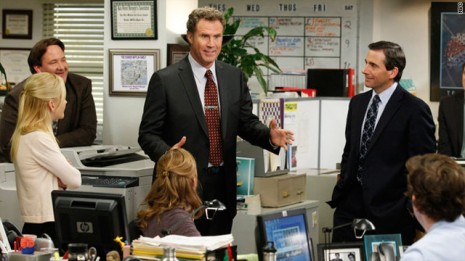 The Office now enters a strange phase in its life cycle. After going from brilliant to shit to rather good again, it’s lost its masthead in Steve Carell. One can hardly fault the man for not wanting to play a buffoon every week forever, and a vast movie career awaits him. But the question is now, where does the show go from here?

Though Michael will be missed, he sometimes acted as the banana peel that made the show slip off track. Too often his antics and stupidity would be escalated to the point of a cartoon, and the plausible reality of a group of folks working at a paper company was shattered by a dolt who would make Homer Simpson look like Einstein.

On the other hand, Michael was the last real beacon of hope for the show holding onto a dramatic core. I can barely even remember that far back when The Office worked as a great drama as well as a comedy, as the Jim/Pam saga was one of the most touching to ever appear on TV. But now they’re not just together, they’re married with a kid, and nothing can shake that union that wouldn’t clash with the vibe of the show. And now that Michael has found happiness with Holly? Short of having him show up with a long awaited child in his arms, there’s going to be nary a dramatic moment found.

The selection of a new boss will be key to the show’s future, but it won’t define it. Last night showed that yes, there are still 95% of the same characters on the show, and it’s more than just one man. Whoever is selected does not need to overshadow all the rest, nor compete to out-do Scott in the absurdity factor. That’s something I don’t think the show could survive. 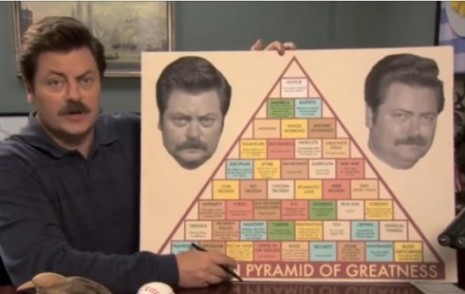 This show would seem to be the little engine that could. It started off derided by many (including myself, admittedly) as nothing more than an Office clone. But desptie sharing the same fundamental idea, likable people doing an everyday job, as well as a few similar camera angles, it’s grown into something all its own, and to me is the most consistent show in NBC’s line-up.

I honestly can’t think of a time where I’ve said, “wow, that was a really bad Parks and Rec.” There have been lulls I suppose, but each episode flows seamlessly with all those that came before it, and the characters are incredible. Tom Haverford, Ron Swanson, Leslie Knope and even newcomers like Chris and former “guest stars” like Andy bring the show to life, and it has the unique property to make people laugh who have never seen the show once.

There’s no mythology, no back story to catch up on, it just…is, and it works. It’s perhaps the only show listed here that still has a bit of drama left in it. For a while, the Andy-April-Ann triangle worked well, and now Leslie and Ben are getting their sexual tension on. It helps balance things out, so it’s not all just Tom Haverford re-naming things or Ron Swanson building meat sculptures.

Honestly, I wouldn’t change a thing. The show is perfectly satisfying in every way, and so long as it keeps making good use of its characters (giving Ann a city job was very needed or she risked being cut), it’s going to keep being a beacon of hope for half hour comedies everywhere. 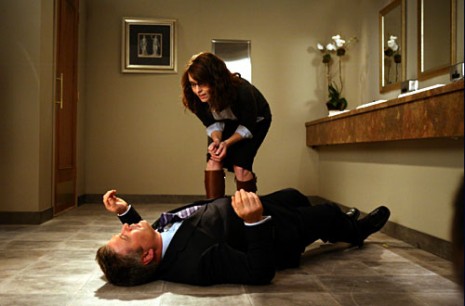 Once a sure-thing for the comedy Emmy every year, 30 Rock has finally lost its way. It used to be a collection of some of the best one-liners in the business, with snappy, smart plots and colorful characters. But no more.

Yes, there’s still the occasional good line or two, but the magic that used to make the show feel electric has worn out. Characters that used to crack me up like Tracy and Jenna now seem like obstacles that must be given something to do to feel needed, and Liz and Jack are just never going to fundamentally change, and seem stuck in place. That could be seen as a good thing, but I think there’s only so far you can go with these character archetypes. No, Liz is never going to get her shit together, because if she did, she’d stop being funny. The same is true for Jack, who will never truly let his hair down, but that’s part of his charm I suppose.

The season finale didn’t even seem like it was trying anymore. Past seasons have brought huge changes like firings or babies or other such drama, but not so here. It just…ended, without any sort of fanfare that these other shows attempt to put on for their conclusions. A Rockefeller-wide paintball fight perhaps?

Alec Baldwin says he’s not renewing his contract with the show when it’s up in 2012. I guess that means at least one more season, but honestly, I’d try to make it a short one, and at least go out with some sort of bang. This is not The Office, and losing one of the only viable characters in Jack Donaghy would and should be a mortal blow to it.

Looking back on my favorite shows over the years, I noticed a trait that many of them had in common: that their first season was their best. Now, that’s not to say that many of…

At the end of the last episode of The Missing we discover video footage of Oliver after he has been taken so the efforts of Julian and Tony seem to have paid off, but we…

My mind is drowning in so many questions right now, I’m terrified to think about how I’m going to cram them all into one article here, as I don’t know where to start, or more…

After a week off due to the Fourth of July weekend, True Blood returned with more vampire and werewolf action.  When we last left off, Sookie was looking for Bill in Mississippi with the help…

This week in adorable artwork we have Splinter and his babies from Brianne Drouhard. She images the family dynamic a few years past when Splinter wasn’t an old rat and the turtles weren’t yet teenaged….

A week or so ago I wrote a summary of my thoughts on FX’s Sons of Anarchy. It’s a fine show, and one I highly recommend as you’ll gather if you read my review. I…