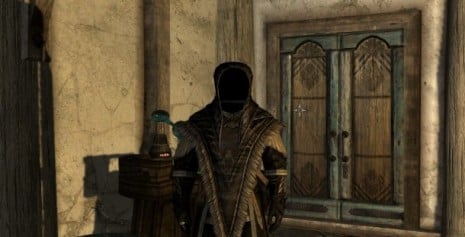 At least my NPCs exist I suppose.

Another aspect of the game that feels a bit gltichy sometimes is the leveling system, and how easy it can be to exploit. The first trick I learned was how to get to level 100 smithing in about two hours, making money while doing so. It’s easy: buy iron from vendors, smith iron daggers, enchant daggers, sell back. The exploit is that even if you’re at high levels of smithing, forging an iron dagger doesn’t give you any less experience than an elven or orcish or daedric dagger, despite them being much more costly and complex. It seems like you’re cheating, but it’s just how the game works. I now have Legendary Daedric armor from head to toe with a shield and mace to boot as a result, and my companion Mjoll the Lioness is head to toe in Dragonbone, finally putting all those dozens of carcasses to use. Getting my Daedric armor was actually work, as I had to find enough Ebony Ore and Daedra Hearts to make it all, but now that I have, I’m more indestructible than ever. These days it’s rare to dip below 75% health even with a legion of Forsworn hacking away at me from all sides.

The worst exploits I found however were when I was playing with my mage. Some spells you have to actually be using on an enemy, like anything with Destruction, but others? Enemies merely have to be present. Therefore, if a red dot was anywhere on my screen, even if it wasn’t an active threat to me like a slaughterfish nipping at my toes as I stood on a beach, I could do a defensive Alteration spell like Oakflesh, and level up as much as my mana would allow me, which since it regenerated extremely quickly, meant I could get to a hundred in maybe an hour. Conjuration was even worse. Summoning Atronachs did almost nothing in terms of XP, but for some odd reason when I conjured two bound swords, a novice level spell that cost almost no mana, I started going up a level every other time I did that. I hit level 100 in about twenty minutes.

Now, I know what you’re going to say .It’s not fun to play like this, and you just shouldn’t take advantage. That’s true to a certain extent, particularly in my mage’s case, but as that’s my dick around character, I thought it really didn’t matter, even if it is a bug that should be fixed in the case of Conjuration especially. But for stuff like smithing? That’s just straight up the game’s fault, as there’s no other way to level that up that just building stuff, it’s not like you’re going to increase it by questing. And, really, out of principle I’m going to spend 10X more on rare ingots, and go to remote mines just so I can smith higher level stuff that gives me the same XP as iron? I don’t think so. 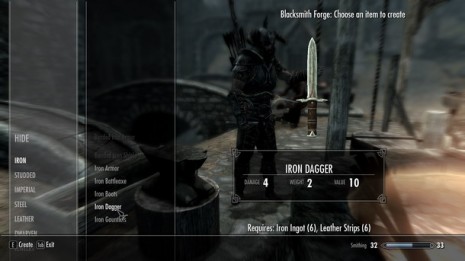 468 of these? Of COURSE I know how to smith Dragonbone now!

But back to my mage, who I played about 12 hours with before I did all that hyper leveling shit that sort of made me lose interesting in the character. I did like the playstyle at first, as flamethrowing and shocking and such are a lot of fun. I also finally found a use for the double hand quick select, where you press left or right twice and it brings up two copies of the same spell. I would constantly switch between double destruction and double restoration, and the quick select system worked wonders for that.

Soon however, I started getting more and more spells, and quickly the mage became far more cumbersome to play than my warrior. I would have to enter the  menu to manually select things like summoning each and every time I wanted to use it, or I’d have to stop and equip a defense spell before every single battle. Eventually the “diversity” of magic became not so diverse at all, with atronachs and flames taking on enemies, while I tried to not accidentally kill my followers in the crossfire. For comparison’s sake, I beat the mage’s guild quest line with my mage, then immediately went and beat it with my warrior. Even though the enemies leveled with me, the magic-themed questline was cake for my warrior while my mage died constantly and I had to quicksave after each enemy group I fought, lest the next one be my doom. The final boss of the questline with the mage was a forty five minute long epic battle where I had to use every scroll, potion and shout at my disposal, but with my warrior? I went up and bitch slapped him with a mace a few times and he died.

I think it just comes down to playstyle, and which you’re more comfortable with. Perhaps there are some crazy awesome high level spells that I’m missing out on, but it didn’t make the game any more fun in a specific way. I do think sneaking and stealth and archery look like a blast, but I don’t have it in me to start a third character at this point. I have noticed that two entire guilds are dedicated to stealth, the Thieves and the Dark Brotherhood, so perhaps that would have been a good choice. 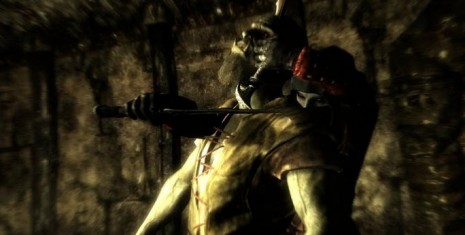 So now I’m back to my original character, roaming the countryside looking for work. The major quests I keep acquiring all seem to be Daedric, and some of them are particularly brutal as in one I had to literally sacrifice one of my follows on an altar, and the other I was asked to kill a dog in order to gain a powerful axe. Serious business.

I do like how the game doesn’t really give a shit about a moral choice system. The only motivator is getting better stuff. Even though almost all of the Daedric quests involve you doing some evil shit, and there’s no corresponding “good quest” line for the Divines, you do it all anyway because you want those damn items. I didn’t kill that dog though.

Yes, I have nitpicks with the game, but I don’t think there’s anything wrong with pointing out areas for improvement or game-breaking glitches. Any game that I’ve put a hundred hours into is obviously worthwhile, and Skyrim is probably going to be game of the year, even if I do have a few more titles to play before January.

Will I have another journal installment after this? Perhaps, as I don’t know how much there is left to do in the world, but I’m just going to enjoy it, and see what happens.

Well, I just wrote a whole article on the process of buying the new Black Ops map pack, but I didn’t actually talk about the product at all. But for as much as you surely… 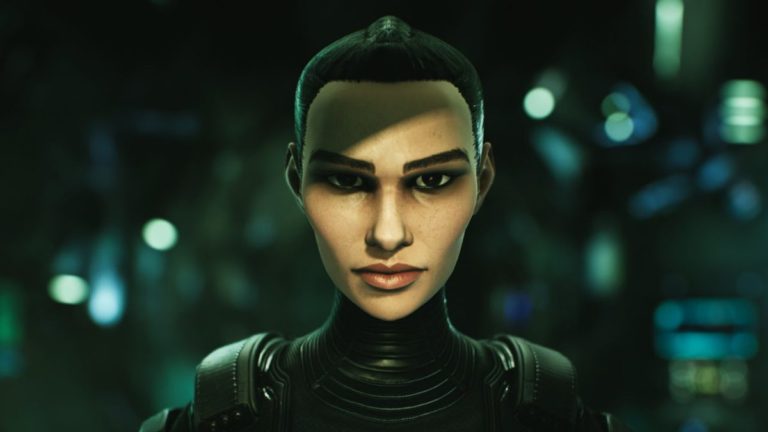 Telltale Games is well-known for crafting titles that echo the days of old-school adventure IPs. Most notably, The Walking Dead and Batman are a couple of their most beloved projects. Now, their most recent announcement… 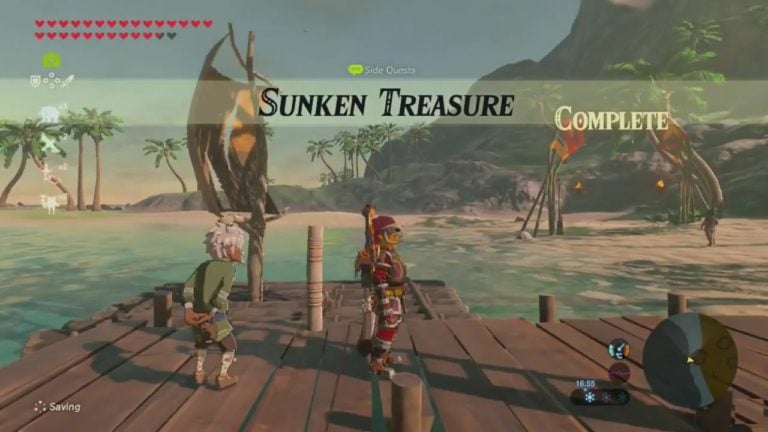 The latest installment in The Legend of Zelda franchise is interesting in that it is an open-world game, which is a huge contrast to the much more linear nature of its predecessors. As a result,…

(click to enlarge) Having children is probably still a ways off for me, but when I do, you can bet they’re going to have this shirt, complete with bunny crest. I’m not sure what “Con”…

(click to enlarge) Well damn. I knew that Diablo 3 would be a hot cosplay topic with the rise of the past time over the past decade or so, but I guess if you’re going…

As a kid, Space Jam was my favorite move from 1996 until Gladiator came out in 2000. It may not make my top ten list currently, but if I were to go back in watch…