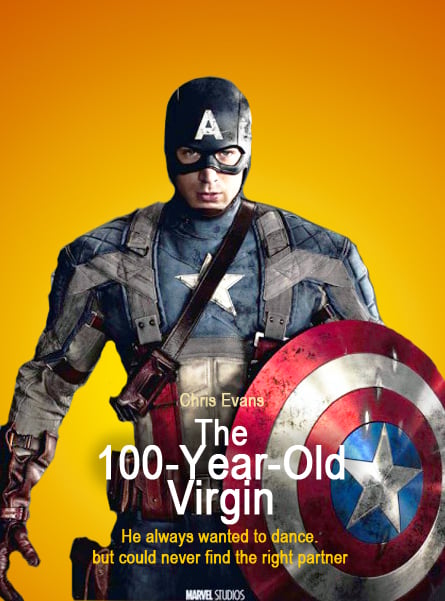 This joke only really works if you’ve seen the Captain America movie, which all of your of course should have after my somewhat glowing 4 star (out of five) review earlier this week.

But for those who didn’t, I’ll do a brief summary. In the film, it’s implied that scrawny Steve Rogers is a virgin because he “never found the right dance partner,” but after his hunky trasformation, he doesn’t even have time to get with the ladies as he’s too busy saving the world. He only actually gets a kiss from Peggy Carter until he’s (spoiler alert if you managed to escape the comic books your whole life) frozen in ice for 70 years and she’s either crazy old or dead.

Though thinking about it, he was on tour with a fleet of USO girls for a long ass time before jumping to superherodom. Think his rigid moral code made him resist temptation?