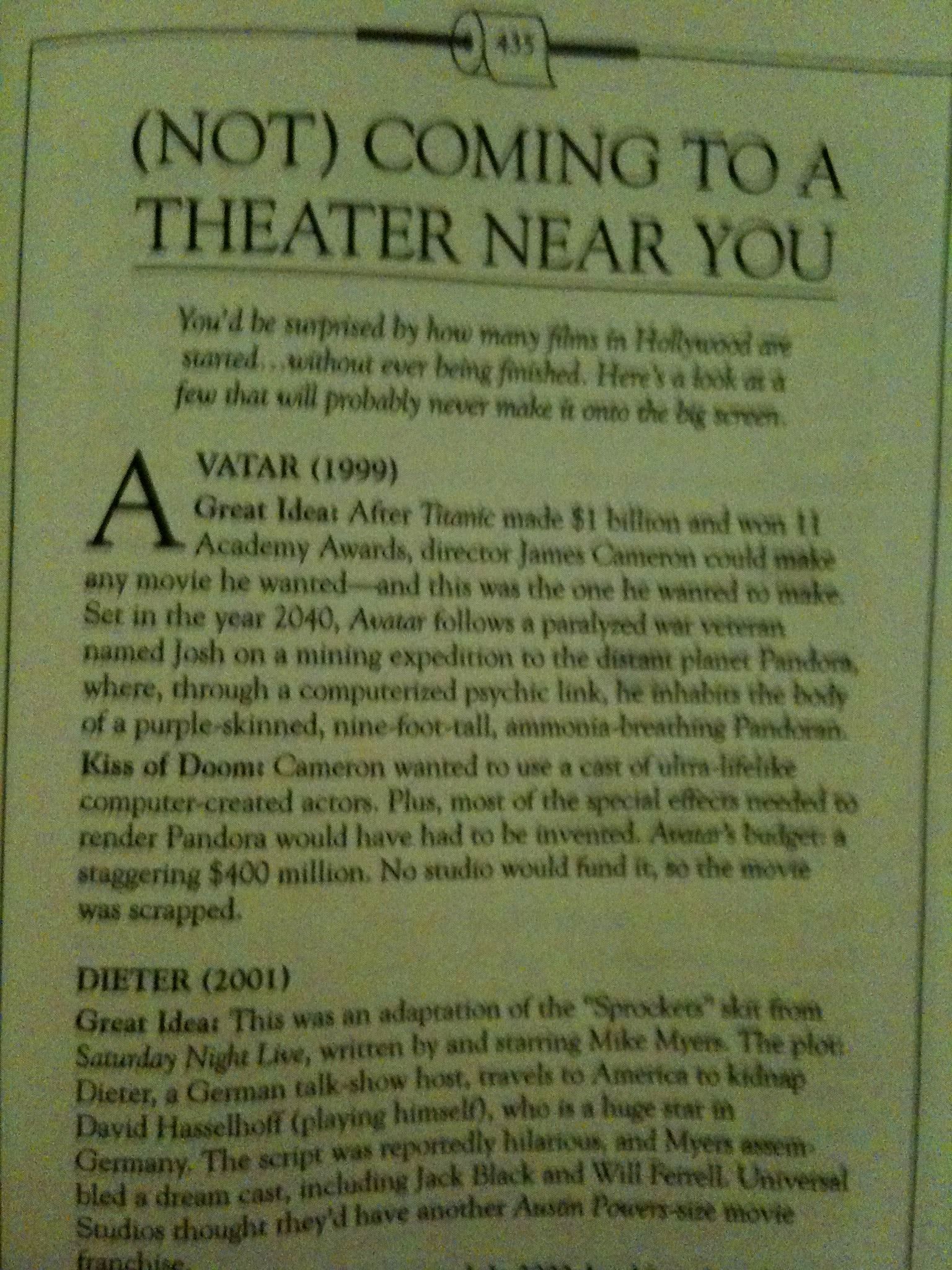 Everyone knows that Avatar was in development for a long while, but most people didn’t know about it. But Hollywood insiders heard about the project being passed around, and in 1999 seemed like perhaps the most ridiculous idea in the world.

As you can see from this newspaper(?) excerpt, the idea of a CGI race of giant blue people in a movie with a $400M budget was a joke, and I have to stop and imagine what the film might have looked like with 1999 special effects. I now know what Cameron meant when he said the movie couldn’t be made because “the technology didn’t exist yet.”

How long do you think it’ll take for Avatar‘s visual effects to look dated? So far, films released after have yet to catch it, but when will those FX become the norm?

httpv://www.youtube.com/watch?v=QmbNoomxiuk&feature=player_embedded One of my favorite “investigative journalism” (and I use that term loosely) pieces I’ve done on the site here was when I sat down and watched a bunch of Tyler Perry movies to see…

(click to enlarge) One of my secret pleasures is Project Runway, and today that’s bleeding onto Unreality as I showcase this rather cool collection of fashion sketches. They’re from Sashii-Kami, and take not only inspiration…

Ever since Tony Jaa retired from acting to be a spirit monk in the forest or whatever insanity consumed him, there has been a distinct void in the action genre. There hasn’t quite been a…

httpv://www.youtube.com/watch?v=XOd3o8Wo4n8 I don’t know how many of you come from my era.  And by that era I mean you were in high school when Adam Sandler and Jim Carrey were at their funniest.   Even if… 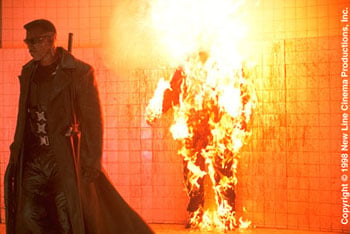 A few weeks ago, I gave you guys a list of memorable drowning deaths in movies.  It goes without saying that drowning is a pretty horrible way to die.  The only equally painful ways I can think…

Hey guys, welcome to This Week In Movie Trailers! Long weekend ahead! Yessss! So, what’s up this week, besides the fact that we might be seeing a Mrs. Doubtfire sequel with Robin Williams? Not much?…