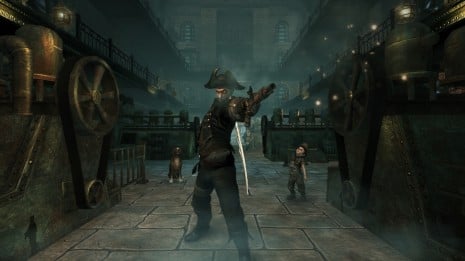 The rise of video games in the last decade isn’t really something we need to talk about.   I think it’s pretty established.   I’d say most of us are aware of how much this medium has affected the public.  Hell, check out Comic-Con this year.   It was bigger than ever.  More celebrities.  More people.  More of a “boom” than ever.

The gaming world is here to stay.   Speaking of which, the evolution of the gaming trailer has been just as amazing.   Most of these are better than movie trailers now.

Here are five that I found to be pretty awesome…..

Thanks to Mandylynn for her input

Love the beginning with the ocean and then right on to the battling.   This intro kind of plays like a movie epic or something.  I feel like this is how some ancient Roman movie like Spartacus’s intro would have been had the technology been around at the time.  Pretty awesome.

Granted the graphics aren’t what games are today but who cares?  This is a full out movie trailer for video games.   And Resident Evil certainly had a large hand in shaping the way gaming trailers are now portrayed.

Wow, talk about the graphics.  I remember seeing this commercial on TV.   This almost reminds me of Willow or even Harry Potter.  Hell even Game of Thrones comes to mind.  I’m still trying to wrap my head around how awesome the graphics are.

Many people out there considered this to be the game of the year.  The trailer certainly backs it up.  What’s so effective here is that you don’t hear one word of dialogue.  I absolutely love that.

I mean this is officially a movie intro is it not?   I’d really like to know what the budget was to make this trailer.   My only problem with a trailer this good is that it makes it so hard for the game to live up to the hype.