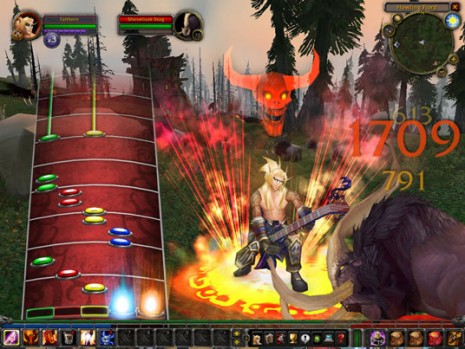 Welcome to the one day a year on the internet where nothing gets done.

Every single site out there is determined to print some fictional story to get a rise out of the unsuspecting public. A novel idea, and I laughed the first few years this became a thing. But now? In my other jobs that require me to hunt down and report actual news, nothing is more annoying than scouring the the internet for actual news content when everywhere you turn, Valve is finally releasing Half Life 3, Joseph Gordon Levitt is reprising Heath Ledger’s Joker or Google has invented time travel.

When EVERYWHERE does something like this, it loses its value. Only one or two sites will actually fool the first few groggy people who wake up and forget what day it is, and after that, it’s ruined for the other 500,000 sites that have tried similar gags. I thought about writing this whole article where Unreality got bought by News Corp (who owns Fox News among other outlets) and now we had to curtail our content, and not write about Star Wars because it was a series that painted imperialistic democracy in a bad light. Maybe I’m no fun, but I didn’t feel it was even worth it. I love The Onion, but I don’t feel the need to turn into it for one day a year. I’ll leave it to Nattyb and his Sonic post, which I didn’t actually see until I wrote this entire article.  Whoops. Guess we have different philosophies on the holiday.

So behold, I’ve flipped our banner in an effort to show I’m not totally devoid of fun. Now if you’ll excuse me, I’m off to go find out if J.J. Abrams is really directing Indiana Jones 5.

I think most of us are still doing our best to forget 2003’s League of Extraordinary Gentleman, the botched adaptation of Alan Moore’s famed comic. But the idea of a possible film is not forgotten…

All of us have taken a silly family portrait at one time or another in our lives.   They wind up looking completely corny and we end up nostalgic about how dorky we once looked.  Who…

“Oh HELL no, you’re not trolling us with Sucker Punch, Verboon!” shout the indignant Unreality readers in unison. Would I do such a thing? I might. Hell, you know I would. With relish. But hear…

It’s no surprise that the geek culture is spreading like wildfire in the United States.   Frankly I’m not sure where the storm started to strengthen but I kind of equate it to Rosa Parks or…

What?  You again?  As if last week’s installment wasn’t enough, here you are … back for another dose of the peoples, places, and events making up that worldwide phenomenon we call Science Fiction?  Well, let…

It’s one thing to convince however many people it took to do this in one’s neighborhood to do this.  It’s another to execute this in such flawless fashion.  Talk about impressive! Via – [Jeff Maxey]