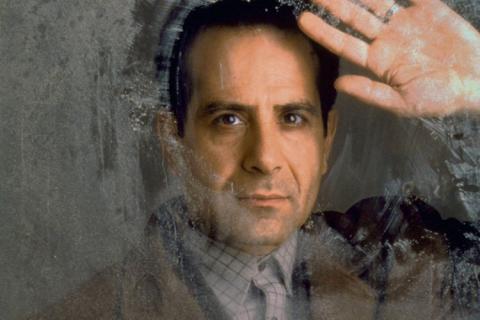 I just read this recently and I’m still trying to grasp it:

“Monk” ended its eight-season run with a bang, becoming the most-watched hourlong series on basic cable.

The Friday series finale of the USA Network dramedy drew about 9.4 million viewers, 3.2 million of them in the adults 18-49 demographic.

It is the largest audience and demo turnout to date, not only for the show and for a USA scripted series but also for a drama series on basic cable, eclipsing the 9.2 million mark for TNT’s “The Closer.” (“Monk’s” final tally is expected to grow further once Live+7 numbers are factored in).

It’s not that I have anything against “Monk” or even its star Tony Shalhoub.  I’m just having a very hard time trying to grasp the show.  And I’ve heard if it weren’t for the fact that you kind of need to spice up the Emmys every once in a while that Shalhoub would win best actor every single year.

Eight seasons and still setting records huh?  Do I even bother with this show?  I mean I enjoyed Shalhoub on Wings.  Does that count at all?  I just can’t see myself liking Monk.

Someone, please enlighten me.

I’ve decided after two episodes that The Event is worthy of a weekly review. Previously, I’ve covered Lost and V on a weekly basis, and this new show has ties to both, more so than…

Dexter marches on into this final season, and as it’s still early, I really don’t have any idea where it’s all going. Things are starting to get more interesting as Deb unwinding has gone from…

This is about my third Dave Rapoza post in as many weeks, but it was necessary to show that after rendering every sub character in the Ninja Turtles universe, he’s actually started work on the…

(click to enlarge) Who says that fan art always has to be about Star Wars, Portal or Street Fighter? Ordinary people need tributes too, which is why I like this piece from John Varitek that…

Now that both shows are drawing their last breaths and airing their final episodes, you’ll probably see me drawing a lot of parallels between Dexter and Breaking Bad. Except there won’t be many parallels because…

The Game of Thrones season four finale is this weekend, and considering they’ve already submitted it for Emmy consideration, it should be something of a barn burner. And yet, a looming question remains. What happens…