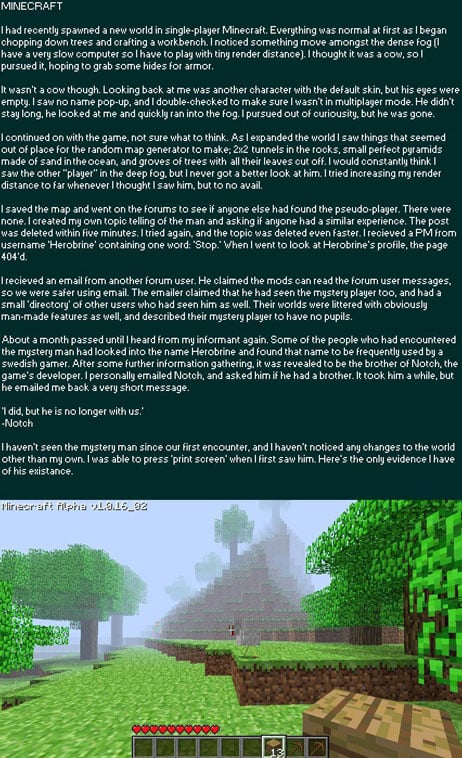 So in recent months I’ve shown you The Urban Legend of Pokemon Black, and more recently Haunted Majora’s Mask, but now it’s time for gaming’s latest sensation to have its own spooky tale, as shown to me by a commenter yesterday.

The Minecraft tale you see above is less intense and elaborate than the other two I’ve posted, but I think that actually makes it all the more plausible, errr to some degree. It’s about a player encountering a ghost in the game who builds various shapes off in the distance, but can never actually be found. Supposedly, it has a tie to game’s creator, Notch. Read it to fill in the blanks.

And I have no idea what I’m supposed to be looking at in that picture. Can someone point out what I’m missing?

Ten years ago or so, if you wanted to make a new video game website, there were a few keywords you wanted to put in your main logline. GamePlace! The place for game walkthroughts, cheats…

With Grand Theft Auto V close to release, I fondly remember the memories I had playing the past games in the series. I’m sure a lot of players remember fooling around Vice City, San Andreas,… 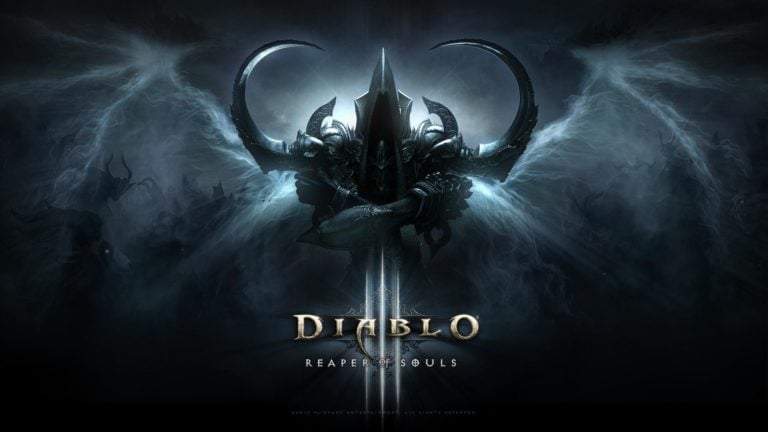 The Diablo series of video games are action role-playing hack and slash games that were developed by Blizzard Entertainment and Blizzard North. The series consists of three main games; Diablo, Diablo II, and Diablo III….

Admission time, I’ve never played a Far Cry game. Why? Well, I’m not sure really. Part of me kept getting the series mixed up with “Crysis,” another jungle-set game that I assumed my PC could…

During my brief time in Dragon Age: Origins where I wasn’t writhing in agony with how bad it was, I was using Morrigan the witch character, as she was the only one in my party…

httpv://www.youtube.com/watch?v=yLi-zTOLUbc Many of you have probably seen this video, in which a Call of Duty: World at War player gets what is perhaps the cockiest kill ever in a video game. I can’t find the…