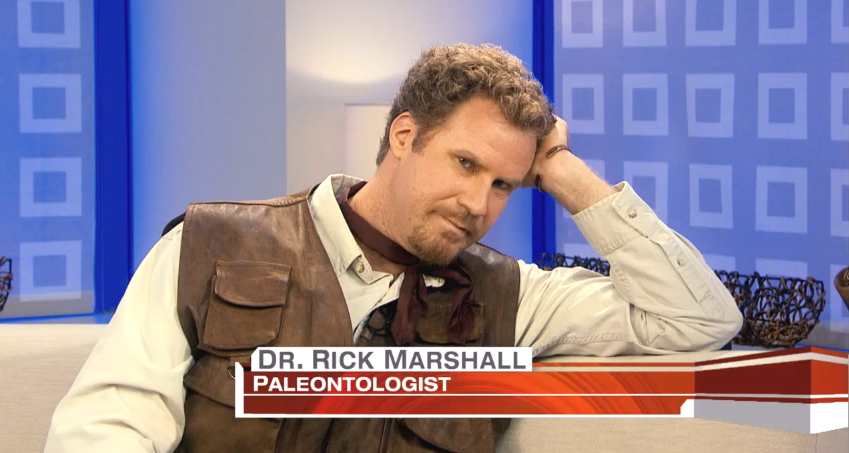 (click here to watch the trailer after the jump)

And according to The Today Show, the ________ appears to be paleontologist, although you could just sub in “scientist” or “time traveler” if you really wanted to. I didn’t post this during Sunday’s Super Bowl trailer roundup because I didn’t deem it worthy. I still don’t, but it is worth commenting how on freaking dumb this looks.

Just because you vaguely recall watching something growing up doesn’t automatically mean it should be turned into a feature length film. I mean sh*t, when’s the Ghost Writer movie coming out? And you would think something like Land of the Lost would benefit from the improved costume effects and CGI that we enjoy here in the future, but as you can see they still look pretty atrocious.

Oh, but they’re going for campy on purpose, you say. Fine, but then why does the film look like it’s set in that bizarre purgatory sequence from the third Pirates movie where there was a boatful of cloned Jack Sparrows and a million little rock crabs? Even kids can’t think this looks good.