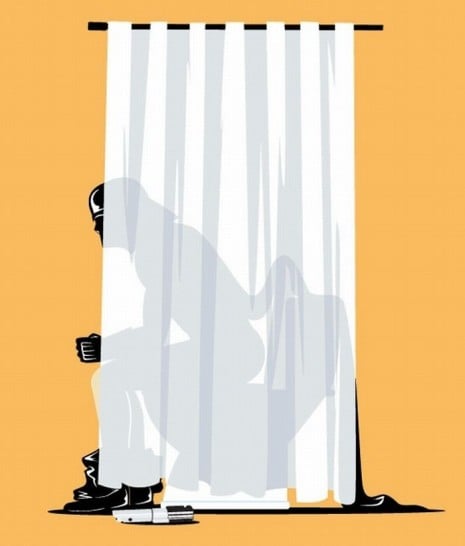 He might be the greatest movie villain in history, but even Darth Vader, at one point or another, had to take a dump.

Now, I’m sure he had some special hyperbaric chamber to do so, not a mere curtain as this picture form Chow Hon Lam suggests, but it’s still quite a funny concept.

It made me think of all our great movie heroes and villains at one point, needed to stop and drop the kids off at the pool. Which other character might be quite as hilarious as Vader?