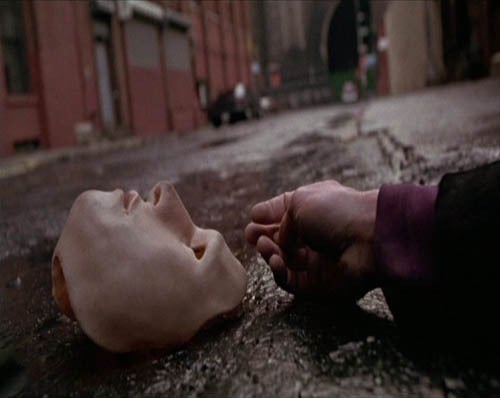 People hate Vanilla Sky.  I think a lot of that can be attributed to the “Tom Cruise is a psycho and he annoys me” factor, but I also think that a lot of people were caught off guard when they first saw this movie.  Vanilla Sky was marketed as a romance, but at its core, it’s a true sci-fi flick.  Sure, some of you may say, “I know it’s a sci-fi flick, Madison, and it still sucks,” and that’s fine.  It’s fine that your inability to grasp any concepts or themes that require you to fire off so much as single neuron in an attempt to create anything resembling an abstract thought prevents you from enjoying movies like Vanilla Sky.  But for those of us who are interested in the confrontation of immortality and using technology to extend and alter our lives and minds, Vanilla Sky is reminiscent of a classic Philip K. Dick story.  Read more after the jump: 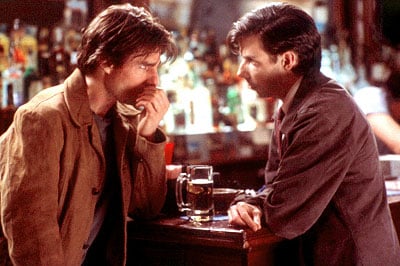 Vanilla Sky was based on the Spanish movie Abre Los Ojos, which translates to “Open Your Eyes.”  Me penga es muy grueso, tambien.  Abre Los Ojos, incidentally, was voted the #84 movie in the 2002 Top 100 Sci-Fi List by the Online Film Critics Society.  Now, that doesn’t mean that it was good, but it does strengthen the argument that Vanilla Sky is indeed a sci-fi movie.

Tom Cruise’s character, David Ames, falls for this hot little Spanish number named Sofia.  Just as their romance is budding, though, his crazy f*ck-buddy played by Cameron Diaz drives her car off a bridge while he is sitting in the passenger seat.  David is horribly disfigured and loses the use of his arm.  Things with him and Sofia aren’t the same and after a night out at a dance club, David passes out in the street, drunk.  Which is a pretty regular thing for me, especially if you replace “club” with “Bennigan’s” and “drunk” with “tripping balls” and add a little bit of vomit and crapped pants to the mix.  I still manage to score f*ck-buddies, though.  They don’t even have homes! 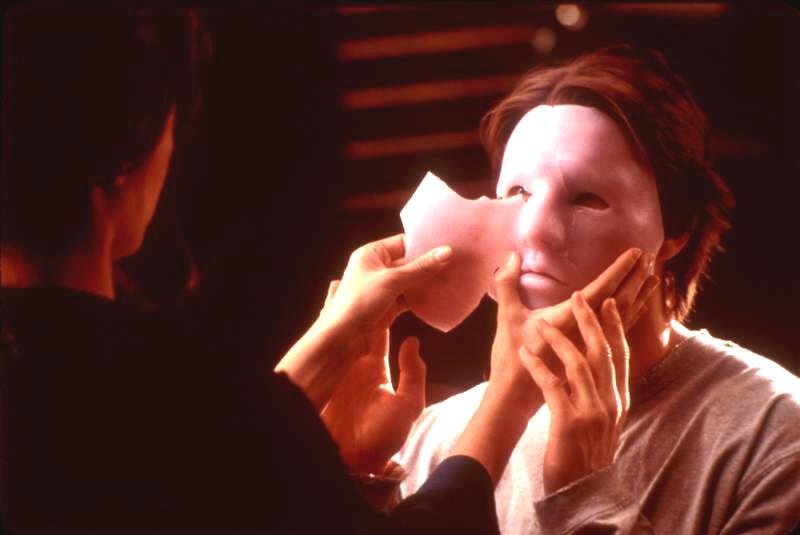 Anyway, David wakes up the next day and continues his romance with Sofia.  Or so it seems.  His life becomes a nightmare, and David can hardly differentiate between Sofia and his crazy ex-f*ck-buddy.  With this help of his psychologist, David locates a company called Life Extension.  A man (or image?) from Tech Support informs David that after his car wreck, David contacted Life Extension and subsequently committed suicide.  Life Extension cryogenically froze David and uploaded a “lucid dream” into his mind.  David’s dream – which started the morning after the night he passed out in the street – became a nightmare.  The man from Tech Support gives David the option of returning to the real world, reanimated and with the technology to fix his face and arm, or to continue his lucid dream, which will be “fixed,” enabling him to spend forever with Sofia.

If you take away the way this film was marketed and look just at the story itself, it’s a classic sci-fi movie.  It’s exactly the type of thing about which Ray Bradbury or Philip K. Dick would have written.  Of course, I’m not suggesting that all sci-fi movies are good.  Not even close.  I am suggesting, though, that this movie is much more enjoyable when viewed with the sci-fi genre in mind, without the viewer being ambushed.  I mean, a guy gets into a horrible accident, is cryogenically frozen, has dreams uploaded into his mind, and is then given the choice to awaken 150 years in the future?  Very cool concept — but you market that as a romance??? Ugh.

It also has, as an aside, one of the best usages of a song in a movie – Good Vibrations by The Beach Boys, at the time when David realizes he is living his lucid dream.

All that said, I welcome your insults that allude to my sexual orientation.  Vanilla Sky is a good movie, it just wasn’t presented the right way.  I don’t wipe properly!