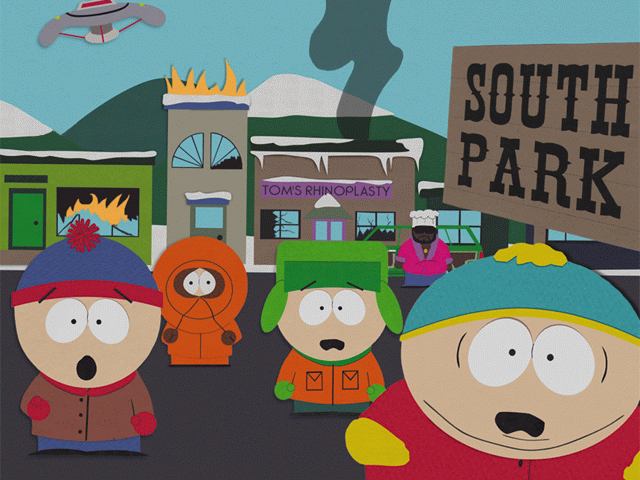 South Park has come under a lot of heat for their even implied showing of Muhammad during their two part 200th episode, from radical groups who believe showing an image of the prophet is a sin, even when he’s in a bear costume. And he’s actually Santa Clause.

Last night, Comedy Central took it one step further when they bleeped out even Muhammad’s name during the episode, in addition to censoring his image from the show, thus fully caving into the religious extremists.

But there was something under that censored bar, the same something that was blacked out in the original Super Best Friends Episode. There is a South Park rendition of Muhammad, and I’m posting it here if you want to see it.

I was going to put it as the main picture, but I don’t want to be deliberately offensive I suppose, so he’s after the jump if you’d like to check him out. He has a turban, he’s holding fire. It’s not really a big deal. 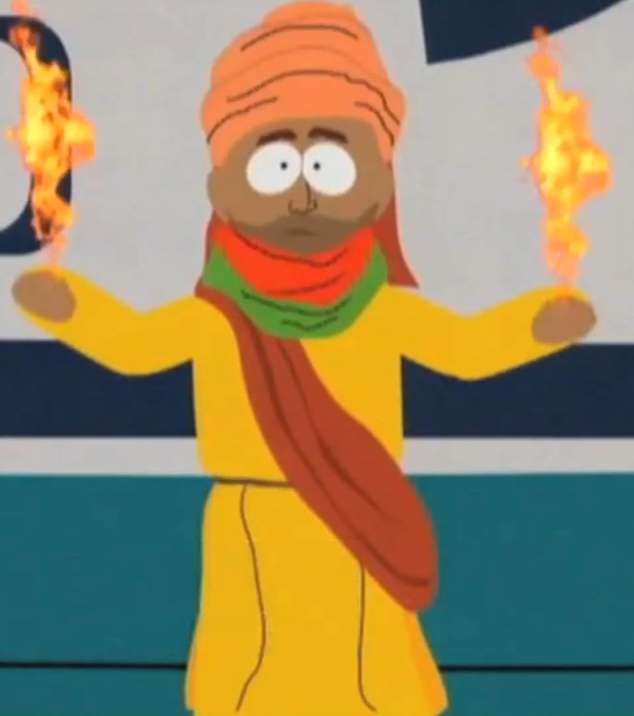 Words and phrases come out of nowhere.  They catch on like wildfire, and die out just as quickly.  Some linger, like viruses.  (I absolutely loved Joy’s Introduction To Nerd Poker, and I’ve already made it…

Sam Rennock is an artist with a cartoony style that he’s brought to an entire host of pop culture franchises. From Mario to Mega Man to Game of Thrones to The Simpsons, he’s covered a whole…

Today begins my official series of reviews for HBO’s Game of Thrones now that Dexter isn’t on and Lost is long dead. It’s a bit of a gamble, as the show doesn’t have a large…

If you were to pick only two evil fictional characters to combine, I don’t think you could do much better than Darth Vader and Skeletor. It may seem like an odd pairing at first, but…

It may look exactly like the toy I beat the hell out of as a kid, but this Ninja Turtles van is actually 100% legit. It’s a ’93 Dodge Caravan transformed by 23 year old…

When the Dowager Countess disapproves, you know things are pretty bad. Before I go on further, I’d like to warn everyone that there are MAJOR spoilers ahead so to all die hard Downton Abbey fans…