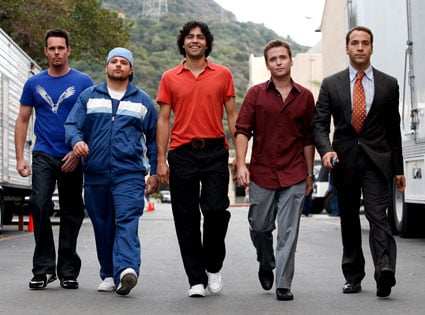 Does anyone remember how cool Entourage was when it first came on?  Obviously the show was a novel idea at the time so it almost couldn’t fail.  The amount of hot girls, partying, and Ari being a dick were more than enough to keep us satisfied for at least 5-6 seasons.

But something happened to the show that happens to tons of shows that are supposed to be funny and entertaining.   It tried to get serious.   The show actually strayed from all that it was:  the life of people in L.A. who are rich and get to do whatever they want.   What did it turn into?  Beverly Hills 90210 in it’s final few seasons.

It became way too dramatic and the characters started caring way too much.   The finale was an absolute joke.   How does Ari go from being the biggest scumbag, awesome shit talking, manipulative agent to a guy that throws away his career because of his daughter’s CD of a teen opera group?  FAIL.

Turtle gets thin, you don’t see him smoking weed anymore and he’s now a millionaire because of stock he sold but that Vinny held on to.  So basically he never really turned into anything he wanted to and got lucky:  FAIL

Vincent Chase just falls in love in 24 hours?  Yup, that’s in line with his character.   Give me a break.   I will say his character did remain relatively consistent throughout the show in that he always looked out for his boys but come on.   Vinny is a tail chaser and a partier.  Sure we know he’s sweet but the chick he marries?  She’d NEVER marry a guy after 1 date.   FAIL.

E?  I’m pretty sure no male ever liked E’s character so I almost don’t even want to bother with him in the first place.   He’s a loser.  Will always be a loser and if not for Vinny would have been a zero.  The fact he drove nice cars and got to bang Sloan is an absolute travesty.  FAIL

I loved the first 3 seasons.  The next few were OK.  This season was horrible and they did a complete disservice to society by trying to cram it into 8 episodes.   The finale was easily one of the most rushed, poorly thought out shows in the history of Entourage.

Overall an entertaining run but a disappointing end.

Well it took some weeks of waiting, but I did what I set out to do. My plan was to wait until Spartacus: Gods of the Arena had aired in its entirety, and to swallow…

Yes, I’m late to the party. I don’t have cable, okay? I’ve spent the last several months dodging spoilers, which is like the exact opposite of an easy task. Worth it in the end, though….

In a time when the world seems to be far too serious far too often, Adventure Time shimmers on the horizon in all its pastel glory. A beacon of joy and happiness for all who… 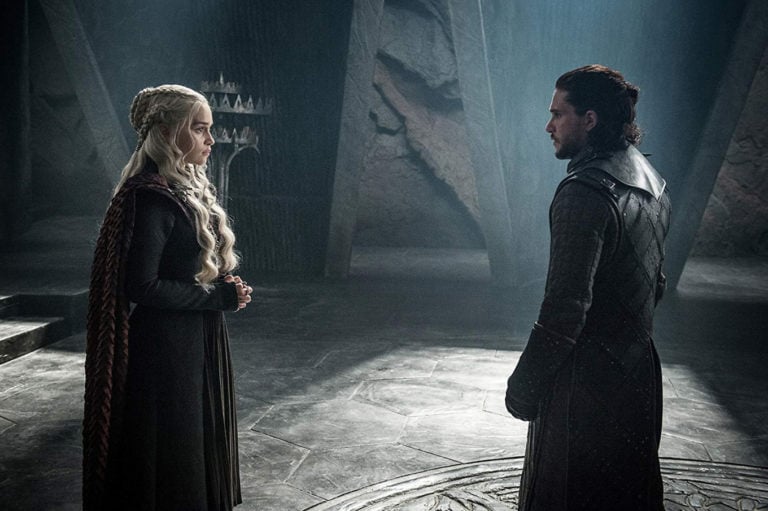 All of a sudden, we’re hurtling toward the end of Game Of Thrones. Following a full year off, the final season is set to premiere on HBO in April. The shortened season will reportedly contain…

If you guys are anything like me, and let’s be honest, you are,  when you finally wrapped up the BRILLIANT fourth season of Arrested Development, you felt a slight twinge of panic rising up in…

Note: This post draws upon Lena Headey’s performance as Cersei Lannister through season 3 of Game of Thrones (no books). Dear Cersei, I don’t propose to use this letter to expound your hidden virtues, or…