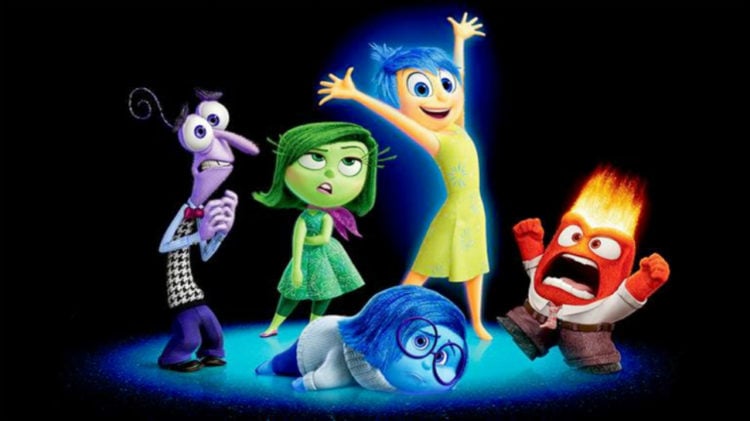 There are numerous movies from which you can learn essential lessons in life which can change your perspectives once and for all about all the things that surround you. Watching and deeply understanding a movie and all its symbols and characters can be a whole experience which brings an immense touch inside your mind and soul. Movies with happy endings are definitely an optimistic approach of the life which we all need to see from time to time in order to get our moods up and raise our expectations about better things which are about to come into our lives. However, in reality, humans have numerous flaws which used to be a topic no one could talk about openly, such as mental health and the diseases that affect an individual to the point where he or she is not able to relate to anything from the outside world which surrounds him or her. Fortunately, the importance of exposing the dramatic consequences of mental illnesses and raising the awareness about it has become a popular topic in the cinematic world being also as a result of the fact that many of the most famous actors, actresses or directors have confronted themselves with mental illnesses such as anxiety or depression at some point in their careers.

Time, love, and death are the three concepts which dominate the movie Collateral beauty. All of them are realistic concepts which any individual is affected by or has to deal with. A positive, motivated, and famous advertising executive called Howard Inlet, loses every smile he had and the trust for good when he has to deal with the biggest fear of any parent which causes him an immense emotional pain of losing his child because of a horrible disease making him grief in isolation away from all his loved ones. As a reaction to his pain, frustration, and inability to understand and accept his loss, he writes three letters to the three predominant concepts of the movie: time, love, and death. As the story unfolds, the protagonist gets the chance which any individual who has an emotional pain caused by something similar would like to have, the chance of actually discussing with the personalization of the three concepts he had written to. The symbols the movie exposes have a deep touch to the soul of the people watching it because they represent concepts which dominate our lives and change the course of it without us having the ability to change anything.

Even if it is an animated movie, Inside Out can be an important lesson both to kids and adults watching it and understanding all its characters with all the symbolism which surrounds them. As the name says it, the movie explores that humane feelings and actions from the inside out, starting with the emotions which cause the decisions and actions of any individual. Since the movie’s primal purpose is to get to the hearts of the kids and to help them understand their feelings better, it exposes the emotions of an anxious 11 years old girl who has a chaotic inner life because of the contradictions of the symbolic characters embodied by the funny, yet controversial Joy, Fear, Anger, Disgust, and Sadness.  Joy and Sadness are the most displayed characters of the movie by starting a journey to saving the memories of the little girl which shows how life is constructed by ups and downs which influence our emotions.

The heroine of the story in the movie Wild, called Cheryl, a young adult woman who leaves in a journey into the wild nature to recover from the recent personal tragedy of experiencing a divorce from a man she still loves immensely, the tragic death of her mother, and a self-destructive behavior which is a response to the emotional pain she is dealing with.  The heroine decides to hike alone the Pacific Crest Trail in order to find test her limits, fight all her inner demons and fears and eventually find her inner peace on the way. The movie Wild has been called to be a “meditative journey” in which the protagonist exposes all the flaws that a person having a bad mental health is experiencing such as isolation, immense sadness, and rapid mood swings when dealing with a depression caused by tragic events which can happen in our lives.

Eternal sunshine of the spotless mind (2004)

The movie Eternal sunshine of the spotless mind is a cinematic masterpiece which exposes a rare type of symbolism. The powerful emotional atmosphere which predominates in the movie makes the audience of the movie easily forget about the fact that it is a Science fiction piece which presents an irreal procedure of erasing the memories of the two protagonists of it. Eternal sunshine of the spotless mind presents the tragic experience of a breakup of the two heroes of the story which makes Clementine and Joel undertake a medical procedure of erasing the memory of each other from their minds in order to overcome the emotional pain of their rupture. The male character, Joel, is the one which exposes the manifestation of depression the most both because he is the one suffering the most after the loss of the person he loved immensely and because he finds out about Clementine having her procedure done when they meet and he realizes she does not know who he is anymore.

The four movies have a huge importance in showing the audience that human flaws, emotional pain, and mental health are topics which should be discussed openly without the fear of not being understood, and treated in places such as holistic healing center in order to be able to enjoy the beautiful things that life brings us. Also, the movies expose a deep analyze of the human soul and mind which are both strong themes, helping the individuals from the public who suffer from anxiety and depression to identify themselves with the life of the characters and get some insights of how to express themselves in front of their loved ones to ask for help and support.