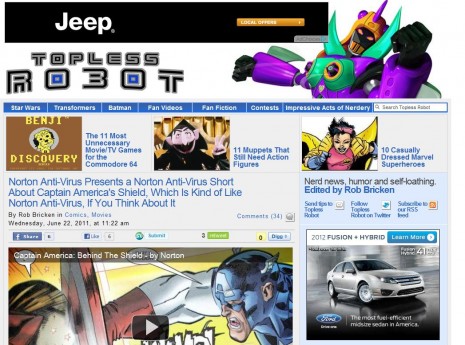 Alright, time for some questions for the audience! Our analytics may tell us things like which sites are “similar” to ours, but that’s not really a true representation of what other sites you guys like to frequent other than this one. I just wanted to ask you as readers, what other sites you usually frequent, be they similar to or different from ours. I know Unreality is probably the greatest thing to ever happen to the internet ever, but I’m wondering where else you guys usually spend your time online.

If you tell me a few of your favorites, it’s possible I could reach out to them and become link partners, making us have better content in our daily links posts. For those who don’t know how those work, we send traffic to them, they send it to us. But it helps if the quality is worthwhile on both sides!

Geekologie – We source them a lot on the site here, and on occasion our content overlaps as we can cover similar subject matter on occasion. That site was actually a big inspiration for why I started blogging in the first place, as I discovered it way back in college as one of my first introductions to the concept of a “blog.” That dude is crazy and funny, and his content is generally very interesting. He does more gadgetry and straight up geek stuff than us, and we have reviews and editorials and such while he doesn’t, but we do share common DNA.

ToplessRobot – Focuses more heavily on comics than we do, but also covers a lot of entertainment. They’ve got a memorable name (and hilarious logo), and their stuff is exceptionally well written.

Cracked – Yes, we link to them all the time, and there’s a reason. They pretty much invented the internet list game, and to this day, they do it better than anyone with extensive research and thought poured into each one of their posts.

Dorkly – CollegeHumor’s geekier brother, they do a lot of creative video and comic stuff. Helps to have the money and staff of CollegeHumor on their side, as it allows them to come up with some really unique and well-produced stuff.

JoBlo – Yeah, yeah, I’m biased since I’m also an editor there, but I think it’s a great place for movie news written for fans (like me) for fans (like you) and has been for the last 11(!) years. That’s like a dinosaur in internet time. My shift there is 11-4, so anything written during that time will likely be by me. Yes, this might be a shameless plug, but if you’re into movies, I think it’s a good place to chill.

So, that’s my very quick shortlist, though obviously I visit probably a hundred different sites a day for work and pleasure. I want to hear yours now! What are your favorite sites? Let me know in the comments. 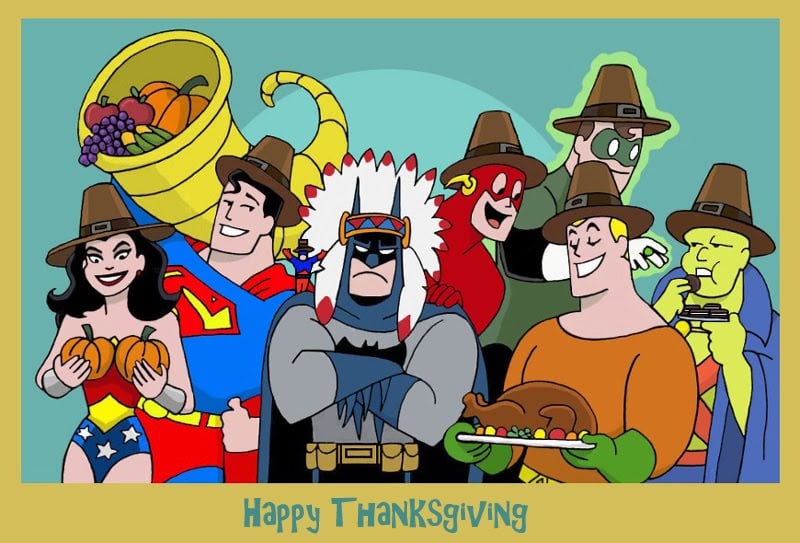