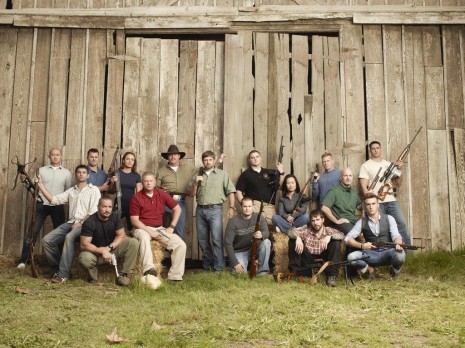 I remember a long, long time ago when this newfangled thing called “reality TV” had just come on the scene. Survivor was its pioneering force, with shows like the Real World an addendum. Both were innovative in many ways, but now years later, reality TV makes up practically the majority of shows on TV, and has entire channels dedicated to it as places like History, The Discovery Channel and TLC abandon their educational programming for Ghost Hunters and Pawn Stars.

But amidst the hundreds of reality TV shows we’ve seen over the years, there have to be a few examples of shows that actually work. For every Real Housewives installment, there’s a show based in “reality” that’s actually worthwhile. I guess I want to find out which “reality” shows you actively watch that either A) aren’t complete shit or B) are complete shit, but are a guilty pleasure. I may be a scripted TV junkie, but on occasion I have no problem watching a bit of quality reality. Here are some of my favorites:

Top Shot (above) – A rather cool competition about marksman using various weapons to see who’s the best shooter in the nation.

Project Runway – I’ve been called gay many a time for liking it, but I’ve gotten tons of my friends hooked on it, as even if you know nothing about fashion, the challenges are creative, and the designers are really talented.

The Mole – A Survivor-type show originally hosted by Anderson Cooper where one player tried to sabotage the others from winning money in secret. Don’t know why this isn’t on anymore.

American Idol – I’ve seen about six full seasons, but quit recently as it’s too much of a time commitment between endless weeks of auditions and hour long results shows. But if you strip the show down to its essence, you’re actively watching people go from nothing to stardom before your eyes, and it’s hard to deny that some of these people truly are talented, and it’s quite enjoyable to listen to them compete every week.

So those are a few of mine, what about yours?