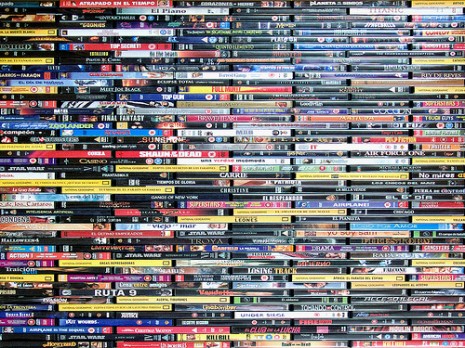 Every so often when I write an article, I’ll make a comment like “and as media moves to all-digital distribution…” referring to the demise of Blockbuster or eventually Gamestop, and someone will stop me.

“There will always be people who want their media in hard copy format.”

You know, I just don’t see why. And that’s why I’m writing this to hear the other side of the story. I get that that it was fun to build up a DVD or game collection and line-up all the boxes in a row. But outside of people with a collection fetish, I just don’t get why you would actually want a hard copy of something. Digital distribution means cutting out the middleman. It saves not only money that would go to the retail outlet, but the costs of manufacturing and shipping as well. I’m not so naive to think that the costs would be directly passed on to the consumer, but hopefully it would allow movie or game studios to make future projects bigger and better with more revenue streams.

Digital distribution will make the costs of some games lower however, as more will be able to be developed game companies who might have the ability to make a game, but not manufacture and ship a million game discs. These are usually indie developers who distribute their games online, and many titles in that realm go for about 25% of the cost of big AAA games, usually at around $10 or $15. This just wouldn’t be possible without digital distribution, and you look at a client like Steam, and they have incredibly low prices for a whole range of titles, far lower than you’d find in any store.

I don’t know, maybe there’s a contingent that likes driving to Best Buy or Gamestop and sifting through the bargain bin and Blockbuster, but that just isn’t me, and the sooner I’m able to download absolutely everything, the better. What are your thoughts about digital distribution?