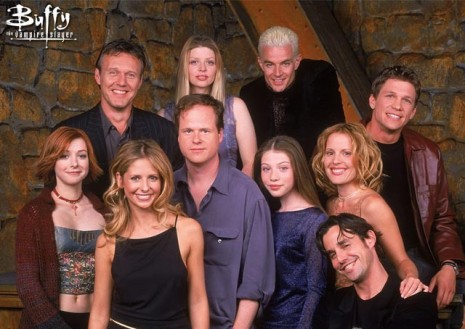 Alright, so ever since Madison embarked on a journey to watch Buffy the Vampire Slayer, I realized how many fans were lurking around on the site here, which really shouldn’t have been a surprise. And now, with the latest news that Warner Bros. is planning a reboot of the franchise for a new movie, I wanted to take the temperature of how you, the fans, feel about that.

The catch? No Sarah Michelle Gellar, no Joss Whedon. Yup, the thing is ditching all its past associations, and heading into uncharted territory. Here’s what the producer has to say about it:

“Whit approached us with an exciting idea about how to update Buffy,” said Roven. “There is an active fan base eagerly awaiting this character’s return to the big screen. We’re thrilled to team up with Doug and Roy on a re-imagining of Buffy and the world she inhabits. Details of the film are being kept under wraps, but I can say while this is not your high school Buffy, she’ll be just as witty, tough, and sexy as we all remember her to be.”

You hear that, “active fan base”? They’re talking to you! Aren’t you just so pumped about this? But better perhaps is the response Buffy creator Joss Whedon had to this news:

“I always hoped that Buffy would live on even after my death. But, you know, AFTER. I don’t love the idea of my creation in other hands, but I’m also well aware that many more hands than mine went into making that show what it was. And there is no legal grounds for doing anything other than sighing audibly. I can’t wish people who are passionate about my little myth ill. I can, however, take this time to announce that I’m making a Batmanmovie. Because there’s a franchise that truly needs updating. So look for The Dark Knight Rises Way Earlier Than That Other One And Also More Cheaply And In Toronto, rebooting into a theater near you.

Always the funny guy. It’s too bad that somehow Whedon has no legal means of fighting this, as I’m not quite sure how he managed to give that up. Are there ANY of you fans out there excited for the possible return of Buffy? Or is it the Whedon-created Gellar character you miss, not just the character as a concept?