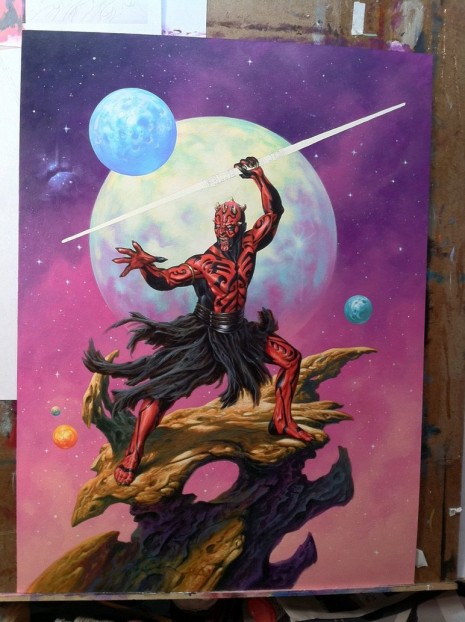 You think this is just any picture of Darth Maul without his shirt on? WRONG! It’s actually art from renowned comic book artist Joe Jusko, who looks a bit like he’s channeling Lisa Frank for that background. What? It’s a hell of a lot of pink and purple for such an evil character is all I’m saying.

We saw Maul’s weirdly tattooed face in The Phantom Menace, but does the carpet match the drapes so to speak? As it turns out, yes, as these tattoos are everywhere, and he’s even more terrifying the less clothes he has one. Shame he had to die such a moronic death before we got to see him do much of anything cool in the film.