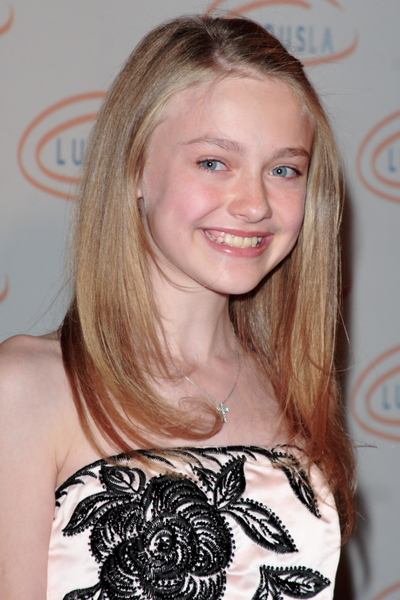 “Dakota you didn’t have to come in full makeup….oh.”

Rumor has it that Dakota Fanning has been straight up offered the role of Jane in New Moon, also known as Twilight Part Deux. Jane is an “angel faced,” Italian, blonde, teen vampire that all the big vampires are afraid of for some reason or another. Totally didn’t steal that from Interview with the Vampire. I mean, was Kirsten Dunst Italian? I don’t think so.

Dakota is currently putting on her big girl pants in Push, the Heroes-esque everyman superhero flick where she plays a future-seeing freedom fighter bent on stopping…well, something. Dakota Fanning has bothered me something awful ever since I listened to her scream for two straight hours in War of the Worlds, but I think it’s pretty appropriate casting here. She has Haley Joel Osment syndrome where she’s grown up just enough to look creepy, but we still know who she is. The go-to plan for child actors should be act until you’re ten, then disappear for twenty years and come back as Neil Patrick Harris.