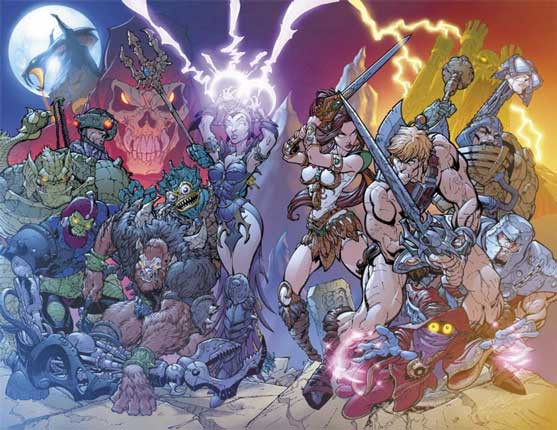 Apparently the Masters of the Universe movie is out of developmental purgatory and moving forward.  Warner Bros. has selected John Stevenson (Kung Fu Panda) to direct the film, which begs the question: will this be animated or live action?  I’m hoping it’s live action, but we all remember what happened the last time He-Man was adapted for the big screen.  Assuming it’s not animated, I’ve cast actors and actresses in the roles of Eternia’s bravest warriors and most evil beings: 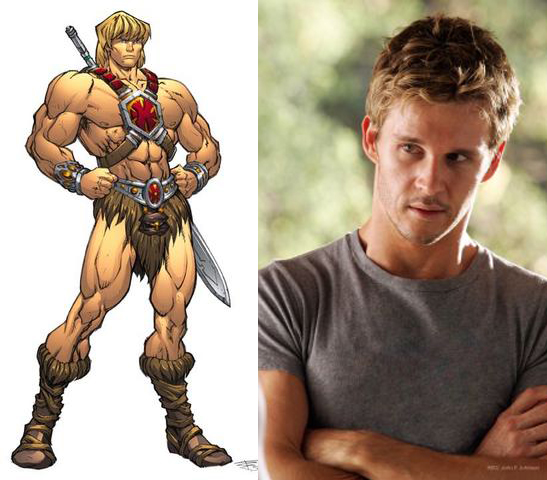 Ryan Kwanten is one of the best things about True Blood, and he’s got the look to play He-Man.  He’s already pretty jacked, so beefing up for the role wouldn’t be too difficult.  If this Australian actor can play a hillbilly, he shouldn’t have too much trouble playing the Prince of Eternia.  He-Man was the hardest out of all the Masters of the Universe characters to cast – there aren’t a lot of blonde actors, and there’s even fewer actors who are actually built.  Ryan would make a great He-Man, and he’s not too rough around the edges to portray He-Man’s gentler side. 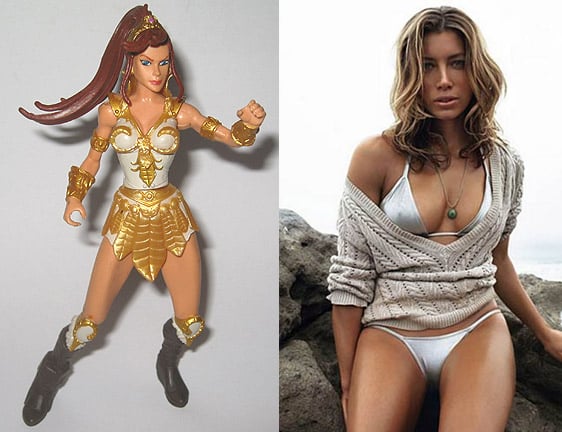 Maybe it’s just me, but Jessica Biel looks exactly what I think a real-life Teela would look like.  She’s gorgeous, athletic, and she showed in Blade III that she can handle weapons and fighting scenes just fine. 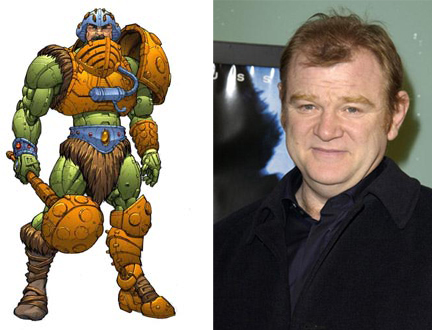 For Man-at-Arms, I needed an actor who could be convincing as both a rugged tough guy and old enough to be Teela’s father.  Gleeson was terrific in the killer-as-mentor role in In Bruges, so if you slap some weapons, armor, and a big mustache on him, I think you’ve got yourself a great Man-at-arms. 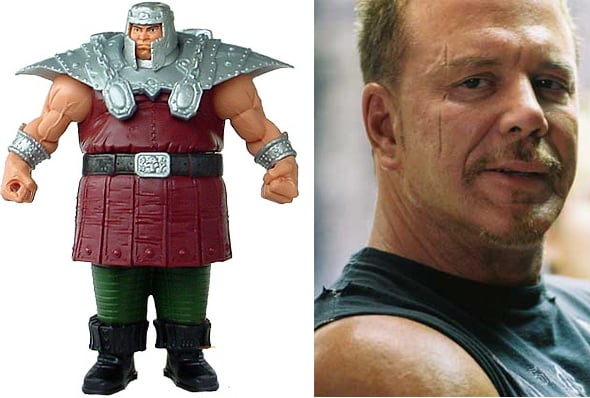 Big, bad Mickey Rourke would be perfect as the dimwitted, hulking warrior with a heart of gold.  Rourke doesn’t need to convince anyone that he can play a bad ass, and his performance in The Wrestler showed us that he can emote pretty damn well, too.  Rourke’s battered and worn look would only add to Ram Man’s character. 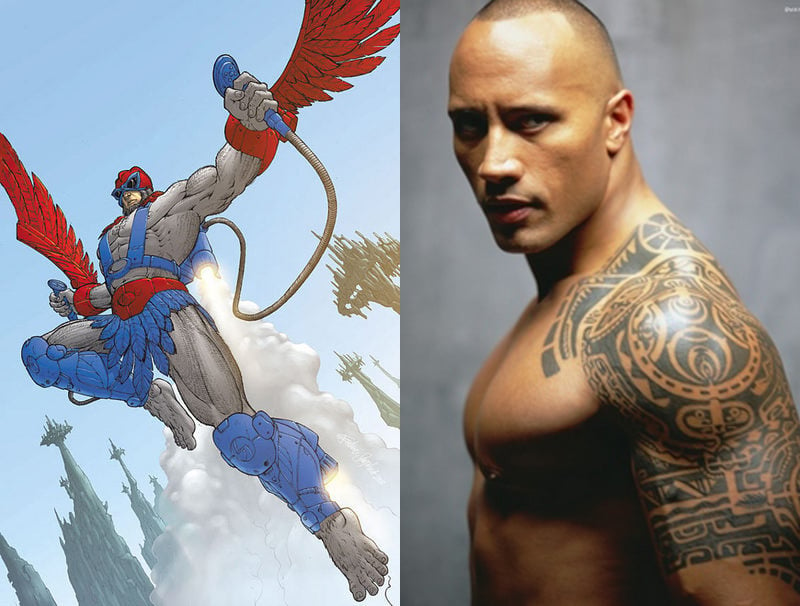 Stratos is strong and graceful, and many depictions of the Avionian make his “race” seem ambiguous.  Dwayne Johnson, since he’s left the wrestling ring, is no longer an enormous animal, but a slimmed-down, athletic looking actor who would be perfect gliding through the skies of Eternia.  Plus, I’d love to see the Rock get away from the Disney kids’ stuff and back into some real action. 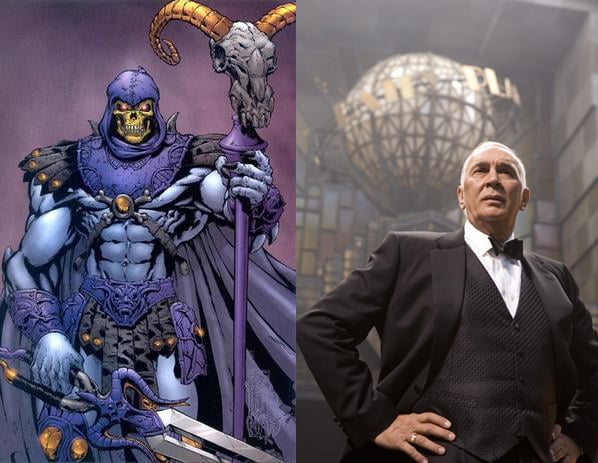 What, you don’t think the guy who played Richard Nixon in Frost/Nixon would make a good Skeletor?  Well, he played Skeletor in the first movie, but everything about that character sucked.  Of course, I wouldn’t cast Langella if I thought it was the actor’s fault; Skeletor was terrible because the makeup, writing, and surrounding actors were atrocious.  Let’s give Langella another shot at playing a great, evil character.  After his Academy Award Nomination for Best Actor, I’m sure he’d drop everything. 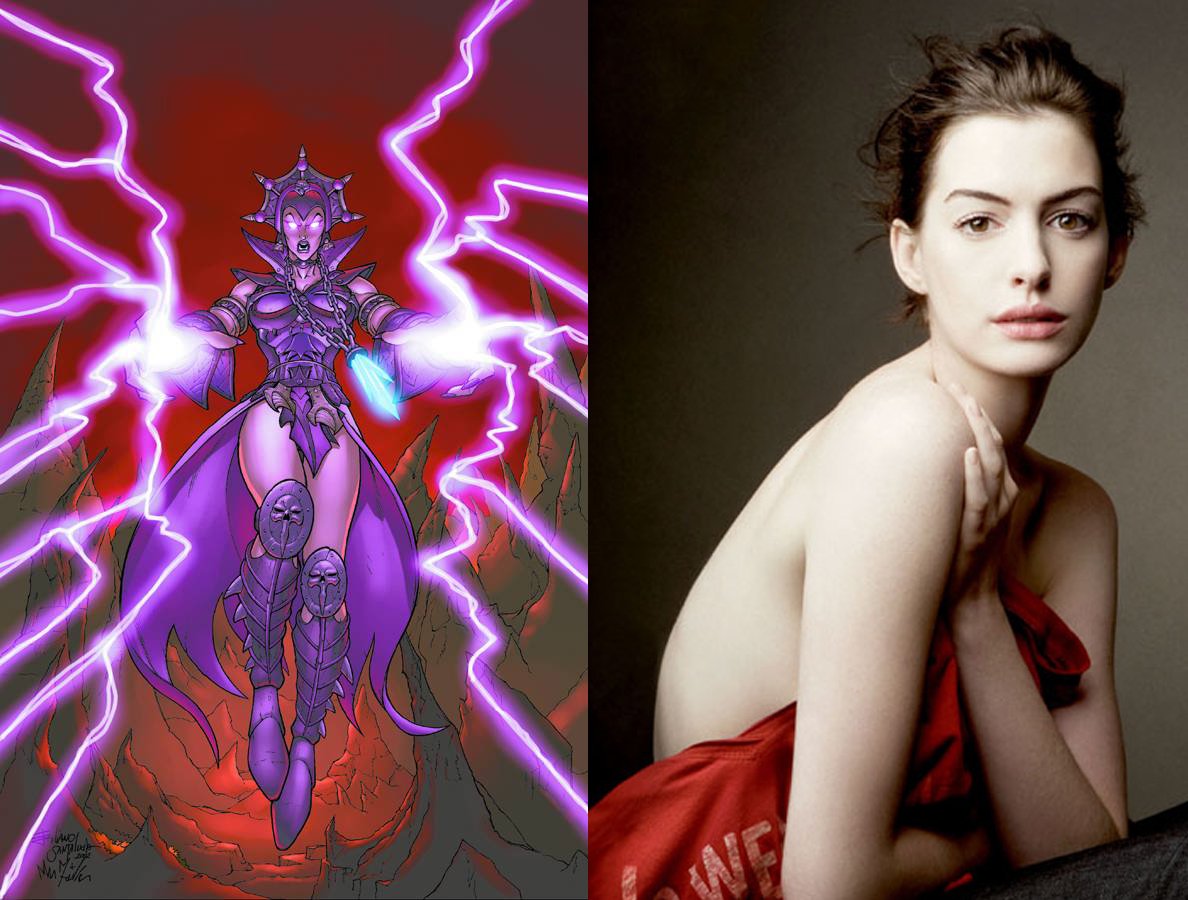 Evil-Lyn is the most deceitful and easily the most intelligent of Skeletor’s minions, and she could probably command Skeletor’s forces better than Skeletor himself.  Anne Hathaway has the looks to play the seductive Evil-Lyn, but more importantly, she’s shown that she can really shine in a role where she isn’t the good girl. 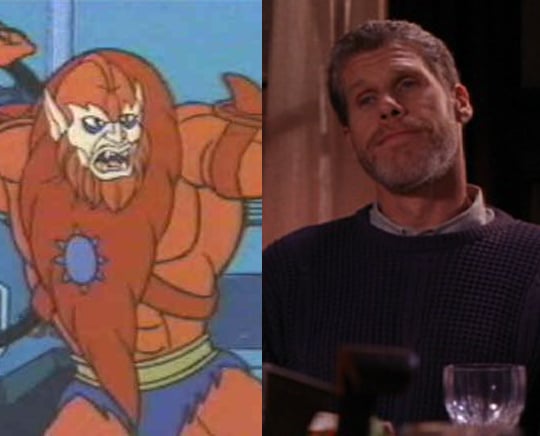 I thought this one was obvious.  Forget Hellboy, Ron Perlman was born to play Beast Man. 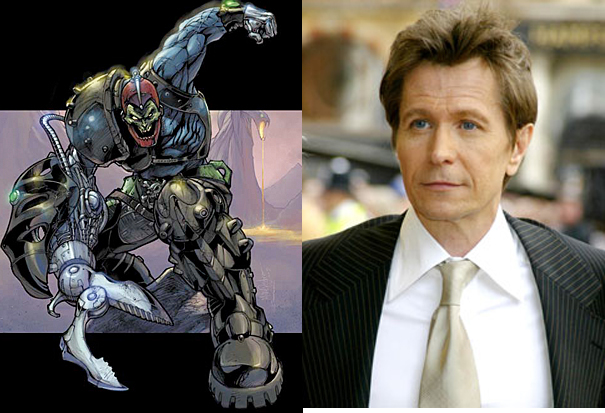 Trap Jaw – with a good script – would definitely have one of the most interesting backstories, so a versatile character actor like Oldman would be ideal to play the biomechanical menace.  Oldman has played a wide range of bizarre characters, such as Mason Verger, Drexl Spivey, and Jean-Baptiste Emanuel Zorg, so I’m sure with Trap Jaw, Oldman would turn in a memorable performance and breathe life into his character. 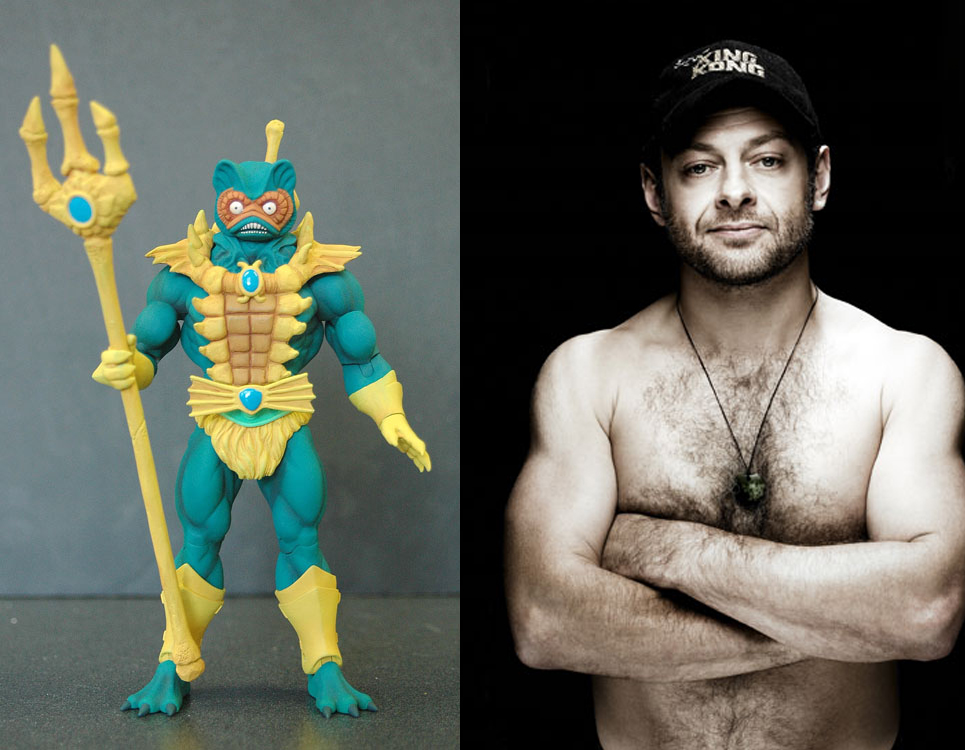 Serkis’ most famous roles involve him never actually appearing on screen (King Kong and Gollum (and yes, I know he appears briefly as Smeagol)), and that’s because his ability to move like a creature from another world is unmatched.  Whether you want to smother him in makeup and latex or attach motion-capture balls to his body and make Mer-Man a computer animated character, Serkis would be the best at creating eerily natural movements for this underwater killer. 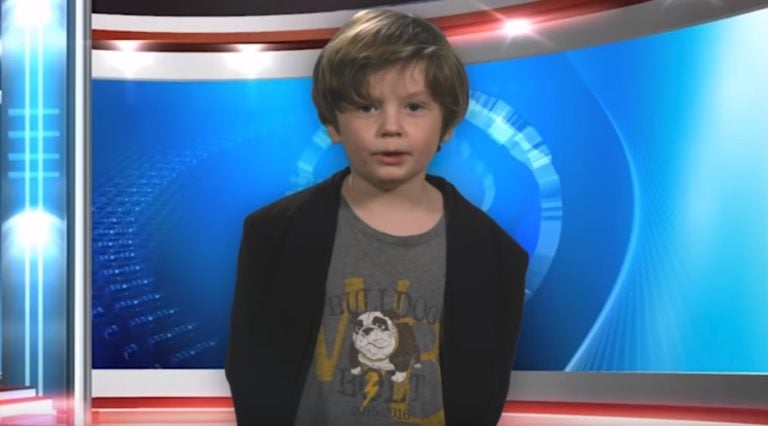