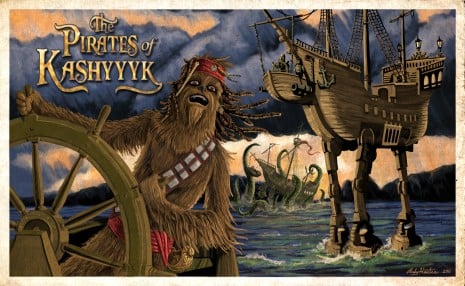 Now that the Pirates series has officially run aground in terms of uselessness, one has to wonder where the series goes from here.

Yes, they’re going to make more, as the franchise has brought in over two BILLION, but what happens when Depp doesn’t want the giant paycheck anymore?

Well, according to artist Andy Hunter they could turn to George Lucas for a brand new installment. Hell, I’d be far more excited for Kashyyyk pirates than I would be for the ones in the Caribbean any day.