I used to try to make little home movies with my action figures using stop-motion animation as a kid. They were about two frames per second, and nowhere near as awesome as this.

YouTuber Patrick Boivin took a good many hours to make this very short video (good stop-motion takes FOREVER if you didn’t know) which shows how much ass Black Widow can actually kick, despite the exceptionally limited role she was given in Iron Man 2. She takes on that film’s traditional cast, but her abilities cause her to spill over into other universes as well. Check it out above. 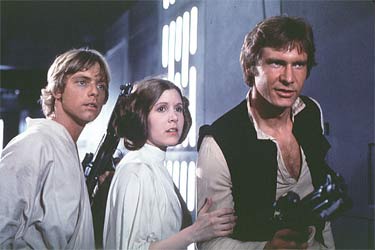 It goes a little something like this: In late 2002, I’d been actively Photoshopping at sites like Fark and B3ta for about a year when I suddenly developed a sudden and unexplainable obsession with this…

A cliche image, but a fun one. Anybody out there suffering from trailer fatigue? I see articles about this every now and then. Some take the angle of criticizing the tendency of modern trailers to…

I’m all Man of Steel-ed out at the moment, though I’ve loved discussing the movie with you all the past week or so. I am however, finding myself thinking about the future of superhero films…

When Man of Steel opened theatrically, I pretty much avoided all of the posts, columns, and chatbacks debating the merits or de-merits or even the general quality of the film. That was deliberate on my…

Hello there loyal readers, it’s your friendly neighborhood editor-in-chief here with the announcement that I’m going to try and start writing and illustrating a (hopefully) weekly webcomic called “The Unreal Life” which tackles all manner…

(click to enlarge) Now that the Pirates series has officially run aground in terms of uselessness, one has to wonder where the series goes from here. Yes, they’re going to make more, as the franchise…