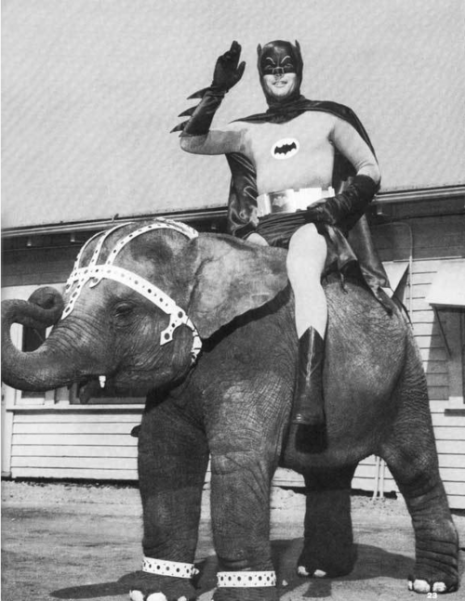 Batman wasn’t always the brooding, serious, emotionally scared superhero we know from his past seven or so films. No, once upon a time, he was a caped crusader who loved life, goofing around and wasn’t ashamed to be seen cracking a smile.

I found this picture via Roger Ebert of all places, and it speaks to a simpler time when we didn’t need everything to be dark and gritty. Going back to watch the old Batman ’60s show is absolutely hilarious, and anyone who hasn’t seen the feature film from that era, I highly recommend it. As a kid I refused to believe it when my parents said it was being campy on purpose. I just though that no one knew what cool was in the ’60s, but it turns out they actually had quite a good sense of humor.

I’ll post a video after the jump so you can see what I mean:

I had written a list like this some months back about Ryan Gosling, and found it to be a real joy to sit down with his films and just try to discover the subtle (and sometimes, massive)… 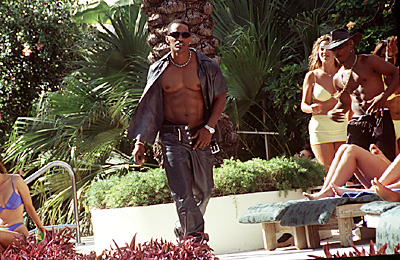 It doesn’t happen too often in movies, but on occasion you’ll run into some pretty quality music videos.  Usually they’re intended to be some kind of spoof but that doesn’t mean they don’t wind up…

I am not a parent yet but I presume that someday I will be.   And while I may not actually have a child myself I have quite a few nieces and nephews that are very young.  …

Well, if you ask me this was quite the slow week for movie trailers. Maybe that is due largely in part to the fact that all the films coming out this coming weekend are 45%…

Full disclosure: I attended a swingin’ videogame event last night that was suitably off the chain. People of note were in attendance, arcade games were played, drinks were had, I handed out some business cards,…

A few years ago, I was talking to a distant relative of mine who was a doctor. He was helping me understand the different kinds of amnesia and how it works since I was working…