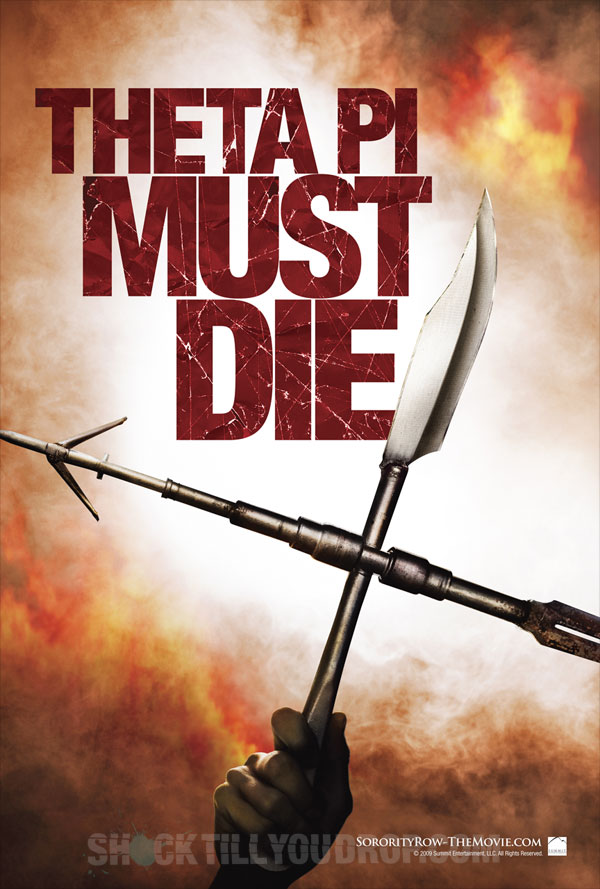 The story here is that a sorority (the aforementioned Theta Pi) tricked a douchey frat dude into thinking he killed one of the girls, but she’s really just faking. He freaks out and in his anguish rationally stabs her in the neck making her not fake-dead, but real-dead.

Presumably she comes back to life and haunts her dumbass sisters for putting her in that situation, and since she died by tire iron, fashions a similar weapon of vengeance from what appears to be a harpoon, half a bowie knife and a rusty arrowhead. The only thing that could possibly make this better is if the harpoon part can actually shoot out, which it appears could very well be the case.

This will be one for the ages folks. Look for it October 2nd.