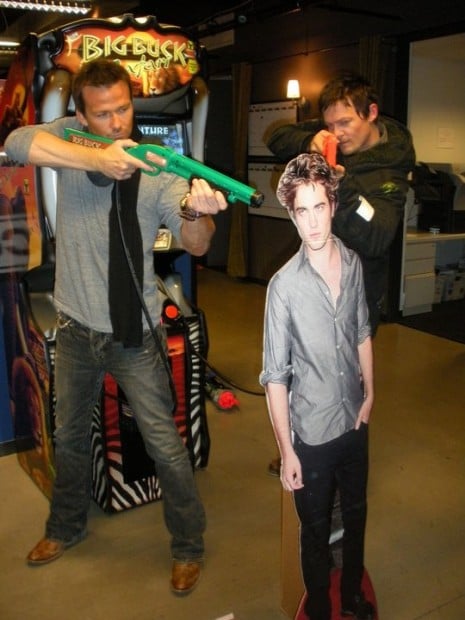 Just in time for 2010, we have our clear winner for picture of the year. This would have been great enough if it was two random people posed like this, but the Saints themselves? This is too good to be real, but it is.

That’s actually Sean Patrick Flannery and Norman Reedus, the former I didn’t even recognize in Boondock Saints 2 he looked so different, and the latter who now appears on The Walking Dead. It’s really a shame the sequel went the direction it did, and it didn’t actually feature anyone worthwhile getting murdered like Edward here.

But yeah, picture of the year in my eyes without a doubt. Good work boyos.