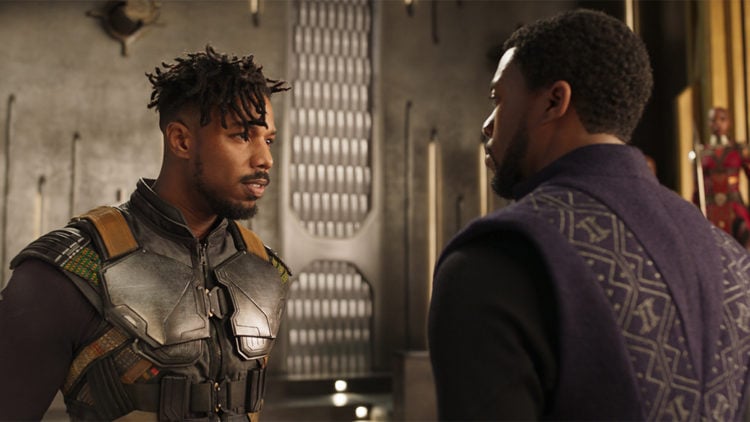 Recently, the nominations for the Oscars were announced. For superhero fans, the nominations contained one piece of information of particular importance, which was that Black Panther had been nominated for the Oscar for Best Picture. This was something of a surprise but not wholly unexpected. After all, the Oscars have a reputation for snubbing genre movies. However, said snub isn’t absolute, which when combined with the cultural phenomenon that Black Panther turned into, meant that the chances of the movie being nominated for Best Picture and others were far from zero. It will be interesting to see how superhero movies perform at the upcoming Oscars, but no matter how Black Panther fares, it will already have made movie history by being the first superhero movie nominated for Best Picture. For those who are curious, here are some other notable superhero movies that have managed to receive Oscar nominations:

The 1978 version of Superman wasn’t the first superhero movie. In fact, it wasn’t even the first Superman movie, seeing as how the initial popularity of superhero comics prompted the making of a number of superhero movies aimed at children in the 1940s. However, the 1978 version of Superman merits a mention for being the first big-budget movie to prove that superheroes can sell at the box office, meaning that in a very real sense, it laid the foundations for what was to come. Oscar-wise, Superman winded up being nominated for Best Sound, Best Film Editing, and Best Original Score, though it walked away with none of them. Instead, it claimed a Special Achievement Award for Visual Effects, which was still limited to recognizing a single recipient in those times.

Batman in 1989 can claim a number of impressive accomplishments. For example, it was the second-highest earner in that particular year, beaten out by just Indiana Jones and the Last Crusade. Furthermore, it managed to raise the profiles of not just Tim Burton but also Michael Keaton and Jack Nicholson because of their respective performances as the titular character and Joker. However, when it comes to the awards and accolades, there can be no doubt about the fact that it was most notable for having secured the Oscar for Best Art Direction.

Spider-Man was nominated for a number of Oscars, though it didn’t actually walk away with any of them because of strong competition in the relevant categories. Instead, the honor of being the first Marvel Comics movie to secure an Oscar went to Spider-Man 2, which is still hailed by some as one of the best superhero movies ever. Whatever the truth of that claim, Spider-Man 2 was the winner for Best Visual Effects over Harry Potter and the Prisoner of Azkaban.

Speaking of which, The Incredibles showed that Oscar success wasn’t limited to superhero movies associated with the Big 2. After all, it was the one that snagged the Oscar for Best Sound Editing by beating Spider-Man 2, which was one in a number of impressive achievements. For instance, The Incredibles was the most nominated Pixar movie at that point in time. Moreover, it was a huge commercial success in addition to being a critical success, though for various reasons, it wouldn’t have a sequel until very recently.

Even now, The Dark Knight in 2008 remains the single most nominated superhero movie at the Oscars. Moreover, it remains the one movie with a posthumous Best Supporting Actor win, which was given out for Heath Ledger as the Joker. Besides that, the movie secured Best Sound Editing as well, which it managed by beating out Iron Man for the position.

As stated earlier, Black Panther has made Oscar history by being nominated for Best Picture even if it fails to walk away with the prize on February 24. However, it will nonetheless be interesting to see whether it will be able to make Oscar history a second time or not. With that said, considering the recent performances of superhero movies, it seems safe to say that there will be further opportunities for the genre in the times to come because it is showing no signs of slowing anytime soon. If anything, superhero movies seem to be picking up speed with the recent re-invigoration of the DC Extended Universe as well as the upcoming big payoff for more than a decade of the Marvel Cinematic Universe.